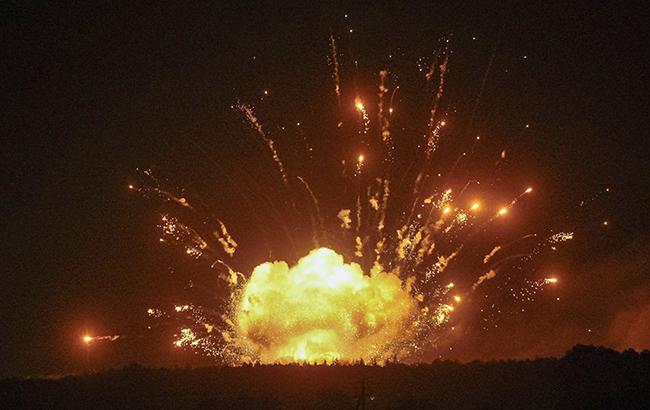 On the night of the third and the fourth of June, explosions rang out again in the territories occupied by Russia. These explosions are the consequences of the actions of the Ukrainian defense forces, which have once again targeted large occupation military objects: command headquarters, ammunition depots or military bases.

Since the beginning of the war, such actions of the Ukrainian defense forces have become commonplace.

In June, these actions of the General Staff of Ukraine became especially active. To destroy an enemy warehouse or base, several factors must coincide at the same time:

- Technical capabilities for launching a strike against the Russian occupation army;

- Early tactical planning of such a strike.

As early as the spring of 2022, the Ukrainian side received technical capabilities to deliver such sudden, but systematic strikes on enemy warehouses. NATO member countries, as well as other Ukrainian allies, began to supply weapons that make such strikes - at a distance of 20-40 kilometers - possible.

Some such weapons systems, such as the US M142 HIMARS multiple launch system, even have their satellites the ability to guide missiles to a target before impact.

The first official videos of how HIMARS work in Ukraine:

The result of hitting Russian military headquarters in the occupied territories:

What tactics did Ukraine adopt from the experience of NATO countries during the liberation of territories occupied by Russia?

That is, technically, the Ukrainian side got the opportunity to do this. Why is the Ukrainian army destroying the rear depots and units of the Russian army in the occupied territories instead of defending its towns and villages?

It's all about tactics. The Ukrainian military doctrine, signed by President Zelensky back in March 2021, established, in addition to the strategic tasks of Ukraine's defense, the beginning of the transition of the Ukrainian army to the practices of NATO countries. Including tactics for waging a defensive war in individual territories and tactics for protecting settlements from massive enemy attacks.

During numerous military exercises over all previous years together with NATO member countries, the Ukrainian military, except for operational tasks, was tested by the experience of the war in Afghanistan, Iraq and Syria:

- mechanisms of interaction of senior and middle-ranking officers during hostilities;

- communication at all levels of interaction;

All these exercises of the interactions of the Ukrainian defense forces were aimed at such special tactical tasks for the defense of the territory as for NATO, such as:

- the destruction of logistic supply chains;

- and especially - the destruction of rear bases of military equipment, equipment, shells and planning headquarters in the occupied territories:

Such tactics are the basis of NATO's defense doctrine. And Ukraine, as a country that has shown a desire to move toward NATO standards and is trying to become an active member of the Alliance, definitely accepts the Defense Doctrine of NATO, which was newly supported by NATO member states at the summit in Madrid last month.

The recent attacks on Russian rear military facilities on the territory of Ukraine were not the first, but they will not be the last. The Ukrainian army has everything it needs at this stage of the "protracted" war that Russia is trying to drag it into - intelligence, weapons and an understanding of how to destroy the rear and logistics supply chains of the forward occupation units.

Simultaneously with the successful actions of the Ukrainian army to destroy the Russian occupation troops, on the territory of Russia, explosions were heard in the cities of Belgorod and Kursk. There are also casualties among the local population.

Of course, the Russian side immediately accused the Ukrainian army of striking civilian cities on Russian territory.

Given the groundlessness of such statements, military experts, in turn, doubt the involvement of Ukrainian defense forces in terrorist attacks on the territory of the aggressor country. Such a military attack is not part of NATO's tactical means of conducting a defensive war.

In addition, fragments of the Russian anti-aircraft missile system "Pantsir S1" were found at the places where the targets were hit. This military equipment is not in service in the Ukrainian army.

"Suicide Island": Russia has lost another major battle in the war against Ukraine