The real losing side in the Ukrainian War 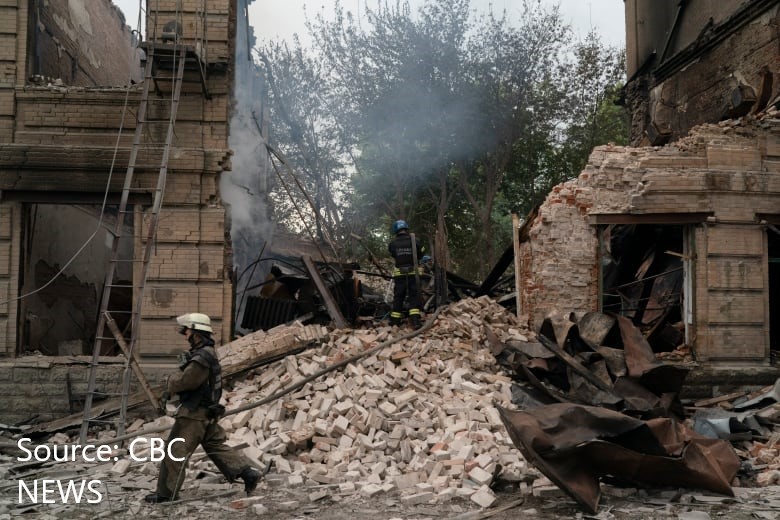 In response to the intentions and the apparently ongoing procedure to force the adhesion of Ukraine to the NATO, Russia has decided 4 months ago to invade de the country and stop the process by all the possible means. It is worth noting that according to some sources, the Russian government has sent in the months prior to the invasion, warnings to both the United States and European Union in which the country warned about the possible repercussions following an adhesion of Ukraine to the NATO. No one would’ve expected that an actual military confrontation would actually take place especially between the world’s two greatest military powers: the United Stated and the Russian Federation. It is worth noting that the U.S.A has generally two major international opponents such as China on the economic level and Russia on the military level given that Russia has the strongest army on the international level. However, the very recent updates on the international scene had proven how far Russia is actually a crucial, strong and unbeatable pillar internationally. The Ukrainian war has demonstrated the actual losing side through its dire economic, political and military consequences, notably to the European Union and the United States.

To begin with, Vladimir Putin’s Russia has initially conceived the Ukrainian’s adhesion to the NATO as a threat since it means that Russia will be encircled militarily by European and American forces and their respective allies. Therefore, such a move threatens its national security and will definitely reduce its hegemony in its region, since Russia also follows nationalist orientations that make it extremely keen to protect its national and religious identity especially against the western influences. In addition, Russia has openly threatened the Baltic countries Lithuania, Estonia and Latvia in case the countries’ respective political elite thought or had the intention of adhering or making part of the NATO. Nevertheless, we witnessed the latest economic circumstances and it is crystal clear who is suffering the most from this war. Putin’s decision to begin the invasion has been a rational one. He is quite aware of both the cost and benefits of such a tremendous action that breaks the international laws and stands in obvious defiance of the international community.

It is well calculated and the Russian public opinion does not seem to oppose it whatsoever. Nonetheless, the western, meaning the American and European, consensual decision to declare those economic sanctions does not seem very rational. These have been announced immediately and have worsened gradually throughout the last months. To make it clear, Russia does not seem at all to suffer from the economic sanctions that the West has imposed on it, given that now it had turned all its exports and its investments towards the Asian continent. In particular, it had forged a strong economic alliance with China becoming thus its most prominent economic partner regionally. In consequence, there seem to be but very slight costs incurred on Russia by these sanctions. In fact, the ruble has strengthened more than ever this year by 50%. To say the truth, since the Crimean crisis in 2014, many countries of the European Union countries such as Hungary and Greece decided firmly not to impose any sanctions on Russia.

So, the latter incident shows how indispensable is the economic diplomacy in foreign relations and how also they must precede and have the upper hand in directing the countries’ actions and reactions on the international scene. Costs and benefits in this respect must have the priority and govern the political elite’s decisions. It is no wonder that many countries have adopted a non-alignment policy, just like World War 2 and the Cold War. Contrariwise to Russia, the U.S.A and the European Union have suffered the worst and cruelest consequences of their decisions, enraging the public opinion and provoking calls to the end the war. To explain, an unprecedented inflation has hit all European countries, inflation considered to be the worst since 2008, reaching 8,9% in July 2022. Both food and energy prices have insufferably surged by 34% and 60% respectively, given that both Russia and Ukraine are responsible for 30% of the wheat and natural gas and oil production and exportation and since Russia block Ukrainian Sea ports and at the same time cuts supplies(in response to the sanctions), the latter consequence is absolutely logical. But who is paying the price of the war other than the global populations who are currently witnessing an economic recession and a lack of the basic supplies.

The current economic situation is worsened by the repercussions of the Covid-19 crisis and it is largely expected to deteriorate even further by winter as the gas supplies are being reduced. For example, in Germany, due to the low gas supplies, the government will distribute hot water during winter through quota system. Moreover, in the United Kingdom, gas bills have tripled and the purchase power of the middle class is squeezed. Whole Europe and the West are expecting the worst winter with the substantial lack of heating. The legitimacy of the political elite’s actions is weakening in the West. Meanwhile, the only possible action for them is to provoke popular discontent in Russia to turn the public opinion against Putin, which something impossible given the ever strengthening national authoritarianism and repression and the fact that Putin does not really have an electorate that he fears losing. Therefore, we see through factual data to what extent the sanctions imposed on Russia are actually counterproductive and ineffective.

This is not to say that the Russian’s invasion and aggression is justified, but that the western’s response is not well calculated towards the country responsible for more than half their food and gas supply and the one that possesses the world’s strongest army. We recently witness recent resignations to Russia, such as the retreat of the German military forces room Mali, something which accounts both the financial exhaustion and economic recession the country suffers that will not support financing its troops abroad. It thus left space for Russia, in this area known for the presence of international competition between countries that seek to impose their presence.

To conclude, the war had more repercussions for the western countries than Russia, contrariwise to what was intended in the first place. Therefore, a compromise or a ceasefire must be sought to avoid any further regression or loss.

The Departure of the first cargo vessel carrying grain from the Odessa sea port: a hope for a solution?