Who will step in as the next Prime Minister of the UK? Here are a few candidates that might become the new face of the UK´s politics. 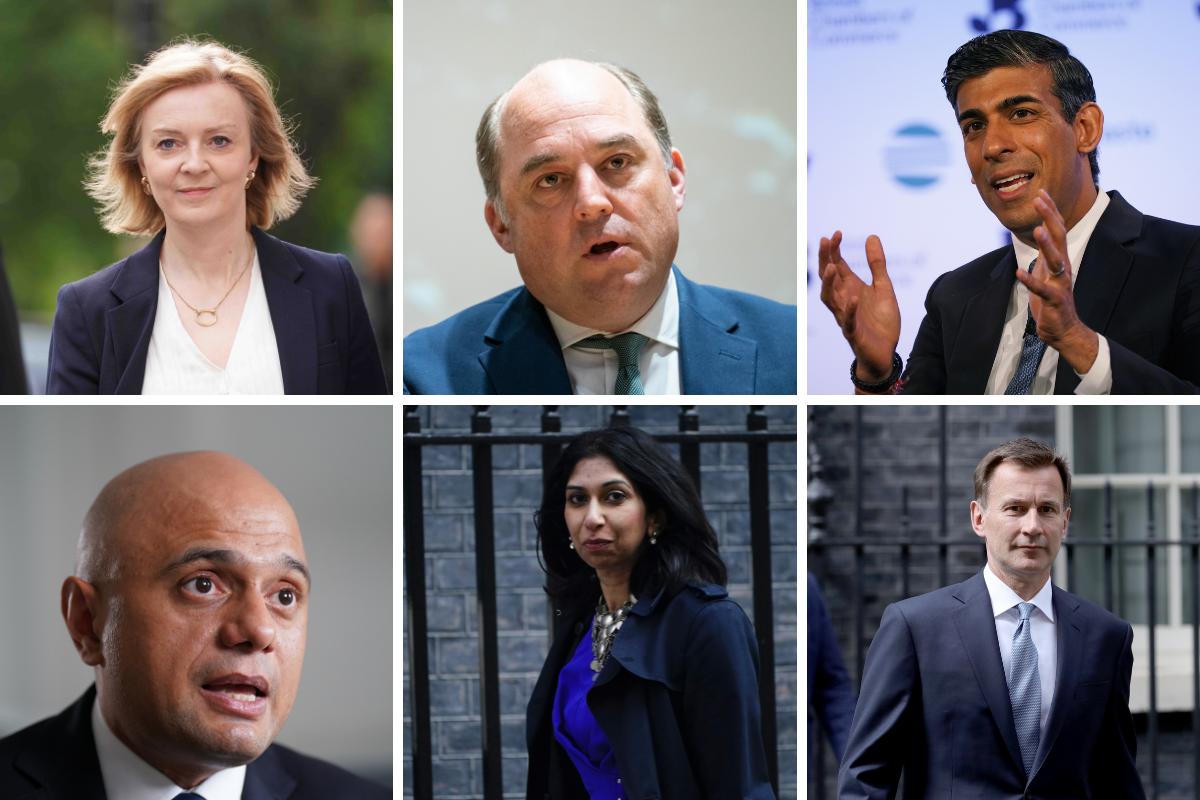 Boris Johnson announced his resignation as Prime Minister of the United Kingdom earlier this week. This news comes after many cabinet members resigned, indicating that the Tory Papressurese on Boris to leave.

Boris has now declared that he will remain in charge until the Conservative Party elects a new leader. To accomplish this, the Conservative MP will summon multiple ballots, eliminating candidates with the fewest votes until only two remain. Following that, these two will face a vote by Conservative Party members. There is currently no clear favorite to succeed Boris. There are a lot of strong contenders. So, who could be the next Prime Minister of the United Kingdom?

"Enough is enough," the former health secretary told Boris Johnson after resigning earlier this week. Along with Sunak, Javid resigned from his position as cabin minister, encouraging others to do the same. Many other MPs followed suit, eventually leading to Boris' resignation as Prime Minister.

Javid has held several cabinet positions, the most recent of which was that of health minister. He has worked for Boris Johnson and his predecessors, Theresa May and David Cameron. Javid is well-known for being the first minority man to serve as Home Secretary. He comes from a working and immigrant family.

Following his critical speech toward Boris, Javid gained popularity and became one of the front-runners for Prime Minister. According to a poll conducted on Wednesday and Thursday, he was ranked second as the next potential leader of the United Kingdom.

Jeremy Hunt, Boris's leadership rival, is another strong candidate who has previously been ranked first in polls. Fellow MPs have described the former health and foreign secretary as a "nice fellow" and a "decent chap." He is seen as a more liberal businessman.

Hunt ran against Boris in the last Tory leadership election in 2019, becoming the second choice, not far behind Boris. Many people thought he was a strong candidate with a good chance of winning. But he was defeated by Boris.

He has been named "the man who killed the NHS" because, since taking over in 2012, patients and staff have faced crisis after crisis, with the NHS now understaffed and underpaid, with more than 7-hour waits in A&E across the country.

Following the 2019 elections, Hunt transferred to the backbenches of Parliament, where he criticized and disapproved of the government's COVID-19 measures. Compared to Boris, he is an opposite pole, as Hunt adopts a severe demeanor. He did, however, finish last in the most recent Conservative Home vote on who should succeed as a leader.

Since Boris Johnson took office, the Home Secretary has been a close confidante. Both worked on Brexit side by side, as Patel is one of the most ardent Brexit supporters. She was the former head of the Referendum and led the Vote Leave campaign.

According to the Guardian, Patel has long had a team to assist her campaign as a frontrunner. She has worked with the most recent Conservative Prime Ministers, Theresa May, and Boris Johnson. Patel was serving as international development secretary in May's government when she was forced to resign after attending unauthorized meetings with Israeli politicians.

Priti Patel returned to the office after Boris took over as Prime Minister. Boris appointed her as home secretary, and she is well-known for her various new immigration plans. She emerged with the new Rwanda migration policy, which will send thousands of refugees and immigrants to Rwanda.

This policy has been described as a means to "control British borders." Still, it has been criticized by Home Office employees, the international community, and even the European Court of Human Rights.

Patel has said she is seriously considering running for Prime Minister and Conservative Party Leader.

One of the initial two members of the cabinet to renounce was Rishi Sunak, as mentioned before. The right-wing Eurocentric politician is considered one of the frontrunners to succeed Boris. Sunak was elected as an MP in 2017 and is recognized as one of Parliament's wealthiest members.

His ambition to become Conservative Party leader was dashed earlier this year, but he now has high hopes for the position. He announced his candidacy on Friday. Sunak launched his campaign with a three-minute tweet labeled "Ready for Rishi."

Under Boris Johnson's early leadership, he served as Chief Secretary to the Treasury from 2019 to 2020. Later, he was appointed Chancellor of the Exchequer, or Economy. The problem was that he took office in February 2020, the beginning of the most difficult challenge any chancellor had faced since 1939: the COVID-19 pandemic and control of the UK economy via multiple lockdowns.

His actions have been controversial in the public eye, with many praising him and proclaiming that he saved the UK from economic collapse. On the other hand, many criticize him for failing to assist citizens in dealing with the cost-of-living crisis.

According to his statement, he has 80 to 100 MPs backing his candidacy. However, his popularity within the Conservative Party suffered due to a shocking scandal involving his wife's tax affairs.

Ben Wallace is the MP for Wyre & Preston North and the Defence Secretary. He quickly rose to the top of the polls as the favorite candidate and front-runner. Some bookmakers gave him 11/4 odds before knowing whether he was running for prime minister. According to a YouGov poll, he would be the conservative members' first choice.

Because of his actions this year in handling the war in Ukraine and before the evacuation of Afghanistan, many Conservative MPs regard him as their first choice. Since 2019, he has served as Defence Secretary, and he has demonstrated his military operations skills by playing a vital role in the Ukraine conflict.

Wallace, on the other hand, has a history of voting against equal LGBT+ rights and same-sex marriage.

For the time being, he has kept a low profile and stated that he would not run for Prime Minister. He assures the British public, however, that the political issues will not affect the UK's position in Ukraine.

Many MPs will launch their campaign for the next Prime Minister in the coming weeks, and this progress is expected to last until the autumn of this year.