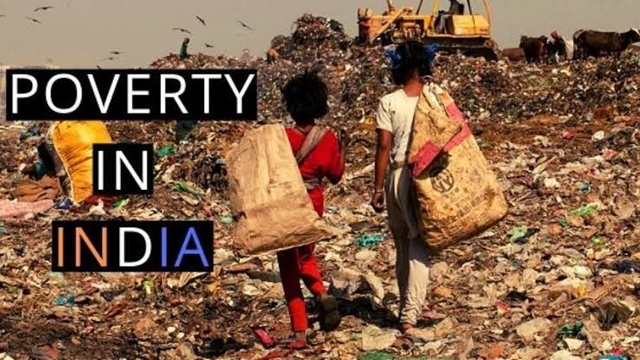 Recently, the Global Hunger Index annual Report 2022 was published by Concern Worldwide and Welthungerhilfe, which is designed to comprehensively measure and rank hunger at global, regional, and country levels. In this report, India ranked 107th out of 121 countries worldwide.

However, this rank was even lower than its neighbouring countries like economic-political turmoil country Sri Lanka (64), Nepal (81), Bangladesh (84), and even Pakistan (99). Hence, it raised an alarm in India and the Indian Government issued a notice rejecting the Global Hunger Index Report. The government claimed the report is an effort to ‘taint’ the image of India and also questioned its methodology.

Past and Current Status of India in Index

GHI (Global Hunger Index) looks at and measures the hunger level worldwide. Earlier, in this index only, India had ranked 101st in 2021 and this year it fell to 107th. Also, India scored 29.1 out of 100 and has been put in the serious category.

So, at present, Poverty in India is in serious condition. In 2020, India was at a better rank as it ranked 94th.

There are four major measures used by GHI to measure the hunger level globally. These are- Undernourishment, Child Stunting, Child mortality, and Child Wasting.

Child Mortality- Child Mortality refers to the ‘Children who die before they turn five years of age. It reflects the mixture of both inadequate nutrition and an unhealthy environment, also making up ⅓ of the GHI score.

Child Wasting- The term ‘Child Wasting’ refers to the share of children under the age of five having low weight for their height. This also reflects acute undernutrition prevalent in children. This indicator makes up ⅙ of the GHI Score.

Child Stunting- This indicator reflects the share of children under the age of five having low height for their age. It makes up ⅙ of the GHI Score. The country having these four conditions is good, they will be ranked top on the list, as they will have good scores. They scored under 100 marks.

In the GHI score, however, the lower the score the better the conditions will be in that country.

The maximum the score of the country, the terrible condition it will be in. Like, if some country scored 96, it is in the most terrific condition. While, if it has a score of 4, it will be one of the best countries on the Global Hunger Index. Similarly, a score between 20 and 34.9 will be put in the “serious” category. Our country, India has scored a score of 29.1, and hence, it's in a serious category.

Why did the Government reject this Index result?

The government of India has recently rejected this index. In favour of this, the government has kept two points.

2)Survey of a very small Population- The second most important argument the government placed for rejecting the index, is a survey of the very small population. The government says that India is the second most populous country in the world. However, this index took a sample of only 3000 people in the country. Taking the base of the 3000 people, you could not justify the whole population of the country. In India, 1/5th proportion of the worldwide population resides. This large populous country being judged by only 3000 people is wrong.

By giving the above two arguments, India rejected this index.

What’s the Hunger and Malnutrition Status in India

Defects in the Food Distribution System- Though, the government has made Public Distribution System to provide at least basic food grains available to poor people at an affordable price. Still, there are a lot of problems with this system. There is a lot of variation in the delivery of food grains in urban and rural areas, with grains being diverted to the open market for earning huge profits, etc from good quality grains, further sending low-quality in these places, consequently leading to the conditions of hunger and malnutrition.

Also, the irregularity in the shop opening makes the conditions pathetic for these poor people who count on these shops for their daily intake of food.

Gender Inequality- It is also another major reason for malnutrition conditions, especially among girls. Boys are always treated as if they are superior to girls. Hence, they should eat first. Also, many females are taught to eat at last leaving them nutrient-deficient since they are not able to get the requisite food. Also, Boys are preferred over girls in going to school. Hence, they also get the benefit of eating a mid-day meal (Renamed as Poshan Abhiyan recently) Schemes of the government, etc.

Government Initiatives to counter these challenges

Although, the government has taken several measures like Beti Bachao, Beti Padhao, Poshan Abhiyan, Swachh Bharat Abhiyan, Scholarship benefits to the girls for completing their matriculation/Intermediate/graduation, etc. Still, a lot needs to be done by the government in this direction. Also, proper monitoring and implementation of these schemes is another major concern that the government must take.

The states and union territories should work towards its proper implementation. Correct analysis and reports are some of the essential ways to monitor this for ensuring food security in the country. Transparency in the Public Distribution System is another major way to cope with it. Also, food waste can be reduced. India wastes about 7% of its annual food production and almost 30% of its fruits and vegetables because of a lack of warehousing facilities and poor cold storage facilities etc. These methods can help in improving the persisting challenges of hunger and malnutrition.

Also, Read- Long way for India to Overcome the Challenges of Poverty and Hunger