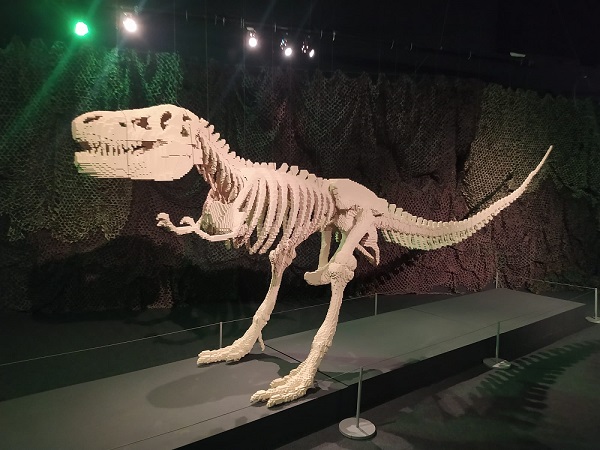 Interactions between humans and non-human animals have, throughout history, played a role in who and what we are today. They have been defining moments, steps that made us as we are in more ways than one: our ancestors began walking on two feet rather than four, then became hunters and had to manage group strategies and produce tools (and so on, up until who we are and how we look today). There has been no rational deliberation in all this, but rather contingent contacts (by means, for example, of mutualistic coevolution with the ancestors of dogs) that have kickstarted such interplay and had it historically develop into a progressively wider and more complex system of interactions.

This process itself may have had, at least at some level, a role to play in the development of a wide range of abilities that have made Homo Sapiens capable of grasping some aspects of the intentions of others (be it another human being or a non-human animal): much like a river flowing through stone and dirt, the path it will follow is the result of continuous actions that shape the environment and progressively consolidate the path itself.

Such an approach to the interactions between human and non-human animals did not, of course, appear out of thin air: it is rather the result of a process rooted in history that has been made possible by the publication of On the origin of species, penned in 1859 by Charles Darwin (February, 12th, 1802 - April, 19th, 1889). How the discussion about such a topic evolved before such a point of no return is what we will try to address here (albeit in a necessarily partial and incomplete way).

The Philosophic discussion has been adamant about excluding animals (non-human animals, that is) from the moral sphere at least up to the 20th Century, but the history of philosophy is not a path reaching progressive proximity to their inclusion within an expanding circle of moral considerations; on the contrary, we can find an example of a very deep divide between humans and non-human animals even at a relatively advanced and recent stage in the history of western philosophy.

René Descartes (March, 31th, 1596 - February, 11th, 1650) is an emblematic case of the deep exclusion of non-human animals from the field of moral consideration; his perspective demanded discontinuity between them and us humans and was founded on the assumption that the former is no more than matter (what Descartes calls res Extensa, more specifically) organized in complex mechanisms.Non-human animals lack consciousness and conscience, granted to humankind by the presence of a soul. As such non-human animals would be at best extremely sophisticated contraptions capable of responding to external stimuli (although a completely “automated” and mechanical response).

Descartes tookthe absence of language in non-human animals as evidence of such a state of things: in his opinion thatsufficed to testify the absence of reason; more or less complex behaviors on their behalf, such as reactions to environmental threats, would just be the result of infinitely complex but (theoretically, at least) comprehensible mechanisms: non-human animalswould be not unlike a clockwork artifact, though an extremely complex and precise one. Language and the capacity for symbolic elaboration, on the other hand, would prove humankind has  mental plasticity and rational capacity that goes beyond mechanical response to stimuli.

In Descartes’ perspective, since the very possibility of experiencing anything demands the presence of rational capacities, and since non-human animals lack them, such a state of things dictatesthat animals cannot experience sensations of pain and pleasure. They would be organized (of course) yet inanimate matter akin to complex automata, with internal mechanisms (and extremely sophisticated at that, far more than what human ingenuity may reproduce) that bind them to limited and defined responses to external stimuli.

The premise of all this was, though, that the history of philosophy in regards to animals (non-human animals, let’s keep that in mind) has not moved linearly or aimed at continuous progress. Descartes is an example of how non-human animals were completely cut off from the moral discourse, while for one Aristotle (384 b.C. - 322 b.C.) may prove a less radical character and help us to put things in perspective: even though non-human animals would be excluded from his sphere of moral consideration, there would be no real discontinuity between them and humankind.

Aristotle’s perspective on the matter was that humans are considered social animals, and as such, it is possible to assume Aristotle recognized at least some common ground between the realities: human beings are not the only animals to exist in groups, and the very same trait is shared by many other species. What makes humankind different seems to be the capacity to distinguish good from evil and right from wrong: this exclusively human trait, Aristotle states, is the foundation of the exclusion of non-human animals from the field of morality. Where Descartes denies the idea of animals being capable to perceive even the most basic sensations (such as pain and pleasure), Aristotle accepts that those perceptions may well be common between animals both human and non-human.

The turning point in favor of the idea of continuity between human and non-human animals will come about with Charles Darwin and his On the origin of species, as well as subsequent elaborations of his works. What interests us right now is the push that moved Darwin, that is to say, the search for a justification for the variety of living species and its origins (a topic that admittedly was, back in the day, a somewhat mainstream and greatly discussed). Despite the numerous critics aimed at the idea of fixism (that is to say, the concept that animal species have been created functionally identical to how they are observed currently) at the time, thanks to the unearthing of fossils,how the transformation of species into one another occurred (and what kind of mechanisms make it work) was still unknown.

After gathering a great deal of proof both empirical and experimental (such as studies on anatomy, or the observation of those mechanisms of selection exploited by breeders in his time) Darwin formulated the idea that the birth of some new species happens after an incremental build-up of variations and modifications that make carrier organisms more inclined to pass them on to their offspring (favoring, for one, the survival of the potential parents). This solved the riddle: what made such a theory truly revolutionary was that, following the rise of each species back in time, it would be possible to reach a common ancestor of all living species.As such, the very last bastions supporting the idea of discontinuity between human and non-human animals were demolished. Following this epiphany, differences between species (and between Homo Sapiens and the rest of the animal kingdom in particular) cannot be said to be rooted in some superior substance or another: rather they result from historical processes, producing the progressively more varied forms that we know today even from so simple a beginning.

Utilitarianism as a Starting Point to Environmentalism

Why should you read Plato and Aristotle?