Anonymous Rules Of Engagement - A Matter Of Trust 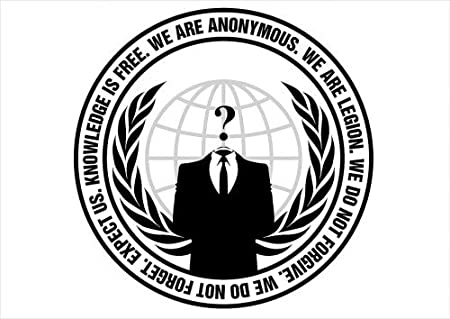 At the core of human interaction is the idea of trusting one’s fellows. We go and shop for groceries, for example, starting by the assumption that we trust whoever has grown and distribute such groceries not to have poisoned them; we pay with bits of paper (and not by trading in our own goods, for example) because we can expect others to trust that those pieces hold some sort of value for others as they do for us. We accept that there are those who can order us to stop and ask for our ID because we have entrusted them with the power to check us.

Such idea was first developed by Thomas Hobbes (April 5th, 1588 – December 4th, 1679), a British philosopher that penned the De Cive (“On the citizen”) in 1642. In such work he began to describe a state of things in which every human being was out for themselves and ready to draw the blood of others to accommodate whatever need they experienced: that was a time without laws, save those of nature, where humankind preyed upon itself.

Humans being somewhat intelligent creatures they came to understand that such a situation was not exactly the best possible scenario. They began to come together, choosing to delegate their power to a third and neutral party: hence the state came into being. It became some kind of social contract: each human accepted to relinquish the freedom to attack any other as before and recognized the authority of the state and its ruler as something they were bound to obey. In exchange, the state would protect its newfound citizens by creating an infrastructure of laws and authorities. By signing this metaphorical contract, they all give up this total freedom in exchange for the security of not being assaulted while strolling around and minding our own business.

Such formula has remained mostly the same, in spirit at least, throughout centuries: states and institutions have of course changed (the idea of state Hobbes originally theorized was one in which the sovereign would have wielded absolute power, for example, which has progressively fallen out of favour as of late) but the core tenet has endured: states and governments are built upon trust, and the metaphorical signing of a social contract binding each and every citizen to a common set of rules in exchange for the absolute degree of freedom they would enjoy in situation of “bella omnia contra omnes” (“a war of anyone against everyone”).

‘Anonymous' is the name a disparate collective of hackers chose for themselves. Following the Russian invasion of Ukraine, they have taken the side of the latter and committed resources and time to strike out against the former. They have mostly targeted websites linked to the Russian government and managed to acquire sensible information about Russian oligarchs (and their personal bank accounts), the Russian military machine and its personnel. As a consequence, they have been mostly painted by western media as roguish heroes and figures to look up to.

As an organisation (if such a term can even apply to them), ‘Anonymous’ stands outside any kind of chain of command both military and civilian: it cannot, by its own definition as a collective, be held accountable for any of the actions undertaken by its constituent parts and can claim a great amount of freedom over institutions bound and held accountable by a national government or an international board. The choice to operate outside of institutional channels is understandable, of course: ‘Anonymous' has chosen to take part in initiatives and operations that would cost any nation dearly in diplomatic terms, and not having to account to any specific government leaves them free to dig up their metaphorical skeleton(s) in the closet without the risk of any kind of direct retribution or retaliation.

Despite their mostly positive reputation among the general public ‘Anonymous’ represents somewhat of a blind spot in the social contract. The main problem at this stage would be if we, ‘the people’, can ever be sure and positive about them, and how can we trust them at the same level we do governments and institutions. There have been breaches of trust by governments at the expenses of their own citizen (such as the murder of George Floyd in the USA, which sparked the BLM protests, or even tensions in Italy following the police raid on Armando Diaz during the 2001 G8 meeting in Genoa, just to name a couple of examples), but such situations have been discussed and accounted for at least in some basic manner: there have been inquiries, questions advanced and answers given by those who took the initiative.

‘Anonymous’ in itself is beyond the reach of any such inquiries by its own nature: they are elusive, they need to be, but that very same state of things must be taken into account. Of course, one of the strengths of an organisation like ‘Anonymous’ (or any other independent group such as them) is this very elusiveness: by not answering to any one government, state or political group they are by definition free to move against them without fear. But it is in our best interest not to be naive: we have no guarantee that the “heroes”,‘Anonymous’, cannot turn “bad” or simply shift their focus. They are not bound by the same set of rules we share, after all, which is a double-edged sword and must be recognized as such – it is both a risk and an opportunity. They have taken stances on matters we collectively hold dear, and are worthy of praise and trust for their courage, but the point still stands. While tackling the matter of justice, Plato asked to the people of Athens “qui custodiet ipsos custodes?”: “who guards the guardians?”. Questions such as this one are something we still owe to ourselves, and to which we need keep looking for an answer even if such answer cannot be definitive, so as to be sure to trust the right kind of people.