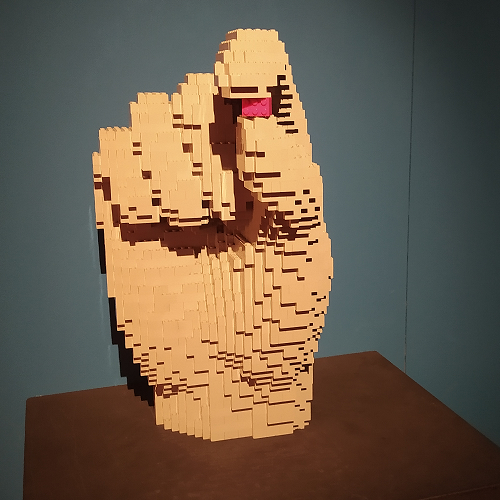 There is a trend in western philosophy at large: to look to chains of cause and effect as if they are only linear and no deviation is possible. This kind of modus operandi has its limits, like most of its kind often do: the reality is rarely so simple and cooperative as to provide streamlined causal chains that can be simply traced back to understand who is guilty for some wrongdoing or responsible for some great innovation. Let us dwell on some possible alternatives to such a way of life.

In her book Vibrant Matter (first printed in 2010) Jane Bennett (July, 31th, 1957 - ) dismisses the idea of the organicistic model in favour of what she calls assemblage. “What does such word even mean?”could be as good a point as any to start: assemblages are defined as conglomerates of various (and different) elements; they are assemblages (hence the name) of various materials and actants of different kinds and are (in some convoluted and philosophical way) living. They can function (at least on the surface) in some throbbing and bobbling way even despite the presence of energies and forces that confound them from within. They are the opposite of a clockwork construct: where it is a mechanism made possible by assigning each and every gear a very specific function, assemblages simply go about their way in an overall more chaotic and random fashion – and still somehow manage to get things done.

It is important to note that the various elements forming an assemblage do not need to be humans alone: inside an assemblage, various forces coexist, none of which is hierarchically superior to any others. This is because of the very own nature of each assemblage: there is no brain there, no control room from which it would be possible to coordinate the efforts of all other components and issue orders to some part of the other. Furthermore, assemblages are not cohesive: their various components are not organized (not in any meaningful way), and as such any single component can just be lost along the way. Assemblages have, as such, a limited lifespan and a history exclusive to themselves.

The idea of such things having their agency, and the very capacity to affect other objects, is a separate thing from the faculties of their components; assemblages can make something happen on their own, per se, rather than being able to do so just because their capabilities are the sum of forces stemming from some different root: they are the very definition of emerging properties, that is to say, some whole that shows capacities or features that don’t pertain to any of its parts. Assemblages are not just conventional constructs, to be used in place of a list of ingredients as to make an equation simpler, but rather their thing; as such, it is only right for them to have their agency.

Despite everything said so far, it would be incorrect to state that an assemblage’s capacity to produce reactions and to affect the world around it is a completely different thing from the agency of its components: the various elements making an assemblage possible do work together, though the coordination of their efforts doesn’t come to a level comparable to that of an organism. Rather, each component mostly does its own thing and the assemblages simply exist as long as the pushes in the same general direction overcome obstacles and resistances. There can be, though, energies and factions that fly out from it and disturb what would otherwise be a collective effort.

An example of assemblage could be pointed out from a source many may consider somewhat unorthodox: the phenomenon the Star Wars franchise presented as “the Force”, that is to the main focus of the creed of the Jedi order. To borrow a definition from the first movie (that is to say, the first chronologically), A New Hope (Lucasfilm Ltd., 1977), the Force is said to be “an energy field created by all living things. It surrounds us and penetrates us; it binds the galaxy together”. Taken at face value, there is some arguing to be made about the galaxy being an assemblage made possible by the Force itself. One of the most recent installments of the franchise, though, The Last Jedi (Lucasfilm Ltd., 2017), has the merit of shedding some light on the matter. When asked by (former) Jedi Master Luke Skywalker to reach out and describe what she sees, young Rey replies saying that she experiences “The island. Life. Death and decay, that feeds new life. Warmth. Cold. Peace. Violence” and between all that, energy and balance being the Force itself. Defined as it is by those two quotes, we may well see how the galaxy far far away the Star Wars universe describes can be considered an assemblage: a loose confederation of humans, aliens of all kinds, and inorganic things (from planets to foodstuffs, from politics to spaceships to lightsabers) whose collective ability to affect is made manifest in the Force, which is time and time again proven able to affect all kind of things.

That galaxy far far away may be taken as an example of what Bennett calls vital materiality, meaning this is a cluster of things interacting with each other without the need for a design to be put together in such a configuration and without needing to cooperate to achieve some goal; by all means, such description would be the opposite of an organism (meaning by the latter a whole where parts act in concert to keep it going). Much like a net, on one hand, there is no single knot that is hierarchically superior to others, and on the other, there is no need for the single knots to even stay linked in said net. The whole, in such an example, manifests entirely different capabilities from its components rather than a different scale of the same abilities.

The recent conflict engulfing Ukraine has forced an interesting perspective on mainstream media: people are supporting the Ukrainian resistance as well as others claiming the legitimacy of the Russian so-called “special operation”. While rivers of ink and oceans of words have been spent on the subject, trying to prove either of those arguments right or wrong, the main focus here and now would be to look at the whole network through a different lens and maybe reconsider ideological positions. The idea of the whole conflict being one gargantuan assemblage, with its lot of fragilities and internal contradictions, is fascinating: if anything, it would allow us to simply avoid addressing the opposing side as warmongering and introduce some complexity (some shades of grey, if you will) into the mix. Although complexity and shades of grey are not too good for ideology, it can be a worthwhile effort to keep in mind that reality is far greyer than either white or black. Responsibility cannot simply be traced back to the first link in the causal chain, but rather may originate in the chain itself as part of its nature of assemblage: to assign merit or blame is more difficult while accepting this state of things. Though, given that, when was the last time that something worthwhile was easy?