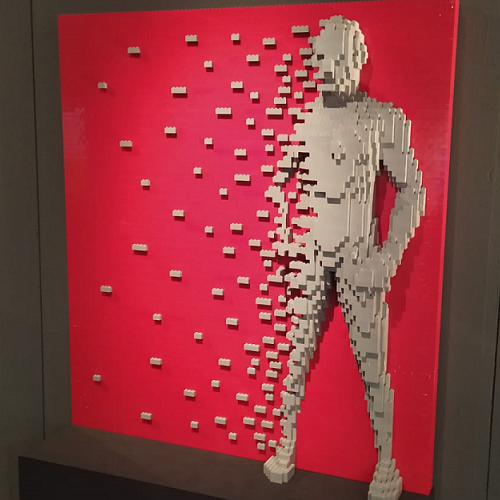 Assemblages are conglomerates of different actants and exist as long as the various components push and pull in mostly the same direction. They are a concept introduced in the book Vibrant Matter (first published in 2010) by Jane Bennett (June, 31th, 1957 -). Assemblages themselves manifest emerging properties that cannot simply be traced back to their parts and do not consume or subsume them while being created (although there is no such thing as “creating” an assemblage: they simply manifest themselves by the interplay of their parts). The idea of assemblages can help us redefine responsibility as well as the placing of merit or blame, seeing how the mainstream method (the causal chain) has been proven to be somewhat lacking in the face of ever more complex and layered phenomena.

An example of this latter quality of assemblages may come from the second installment of the Mass Effect videogame saga. Set in a not-too-distant future, the game presents a situation where the player character, Commander Shepard, interacts with a robotic construct that calls itself “Legion” and asks it questions about its nature. As it turns out, “Legion” is not a singular entity (such as a human being as we think of it daily, for example) but a covenant of a little less than twelve hundred computer programs (referred to as “Geth” in the game) that interact between themselves at the speed of light. It is the interplay of these programs (the whole other characters refer to as “Legion”) that manifests intelligence and borderline self-awareness because of its components’ capacity to cooperate.

The unit, Legion (and other similar characters encountered from that point onwards), is hinted during the game and its sequel to be something more than just the sum of its parts, manifesting traits that the single programs (the metaphorical bricks it is formed by) lack. It is only through their interaction in such numbers that those Geths are able to achieve the capacities the whole shows to outsiders, and such a combination allows the particular unit to be seen as unique because of that. Despite all this, the single programs are not annihilated by their unity, they are not burned out to fuel the whole or smelted away so that the whole can be forged: to conclude, Legion does not exist at the expense of its components.

It is the very structure of a character such as Legion that shows evident similarities to that of an assemblage, as it lacks internal hierarchy: the thousand and more Geths that form what outsiders call “Legion” are not organized with a few (or even a single) program at the top of a chain of command, issuing orders down to the others, but rather determine a course of action for the whole (for “Legion”) by “discussing” between themselves and reaching a consensus on the best course of action to take in the various situations. In such a context no single Geth program, unit, or shard of any given assemblage, ever creates anything new on its own: much like in a mosaic there’s no single piece that holds the meaning of the whole, and only through the interaction of each piece with others is it possible to grasp what an assemblage tries to convey. It needs to be reminded, however, that in the perspective Bennett is trying to explain the whole does not simply consume each particular element exactly because of how assemblages work and are made up.

Given the concept of assemblage, and how the elements it is composed affect and are affected by each other and from the whole, it is quite difficult to blame an assemblage, or one of its parts (although the part may not be the best word to describe it in the first place) for anything: to hold an entire federation of things, people and concepts responsible for something done by single actors seem somewhat excessive while blaming the single actor without giving any consideration to the rest sounds inadequate.

Bennett’s solution to this problem is to introduce the idea of distributive agency: such a concept doesn’t place a subject as the root or the cause of an effect. There would instead be always a veritable swarm of things at play: the task then becomes to sort out and define the figure of the swarm as well as the kind of relations that link its various bits. Performing an action is no longer just doing the thing “in a vacuum”, but becomes a sort of a collective effort between various actants (meaning by that things or individuals that may change a situation in some meaningful way: an equivalent of a sort to an actor, we may say, only without the “human-only” restriction we place on the concept) which may make it simple or harder to achieve depending on the characteristics of each one involved.

While this idea of agency doesn’t deny the worth of intentionality in the process, it lowers its overall importance: the outcome ceases to be dependent just on one part, but rather falls onto the whole group (the whole assemblage, that is to say, that one finds oneself into at the moment), so to speak. The moral subject is not the only important factor in the transition between an intention and an outcome anymore, but rather just a link in the chain of events (or better yet, the network of events) that produce one effect. Bennett would call this idea distributive agency. Given how assemblages work and the idea of a temporal dimension to their actions, after all, it seems reasonable to assume that a certain project will have at least major difficulties to produce its intended consequence in the exact way it was meant to be; if one extends the time frame of the action beyond that of a singular instant, the idea of a chain of direct causal links begins to shake on very unstable foundations.

Much like a weather prediction software, it seems almost impossible to foresee the outcome of a state of things with absolute certainty: we humans are not the only active part involved, after all, and even then it’s not exactly easy to predict the reactions of  own peers (let alone, then, the myriad other actants involved). We humans tend to contribute to the effort, but how things will turn out, in the end does not depend solely on us but is rather a result of the complex’s status. This whole idea is defined as emergent causality.

Coming back to the idea of assemblage, at this point, there is one similarity to mention between it and the Star Wars universe: in the first episode of the prequel trilogy, The Phantom Menace (Lucasfilm Ltd., 1999) we are introduced to midi-chlorians. They are described as microscopic symbiotic life forms that reside within living cells; their concentration within a specific host determined the subject’s overall sensitivity to the Force, and his or her potential as a Jedi (or, why not, a Sith). While force-sensitive individuals can harbor a great deal of control over the Force in the form of various powers, said control is made possible only through midi-chlorians; conversely, those symbionts need to bond with a host in order for the Force to manifest. As such, no single Force user is ever truly in control of his or her powers but rather the user and the midi-chlorians within him or her work like an assemblage: neither one part nor the other can be wholly identified as the root of any decision “the whole” takes. Once again, we are left with a system within which there is no clear hierarchical structure.