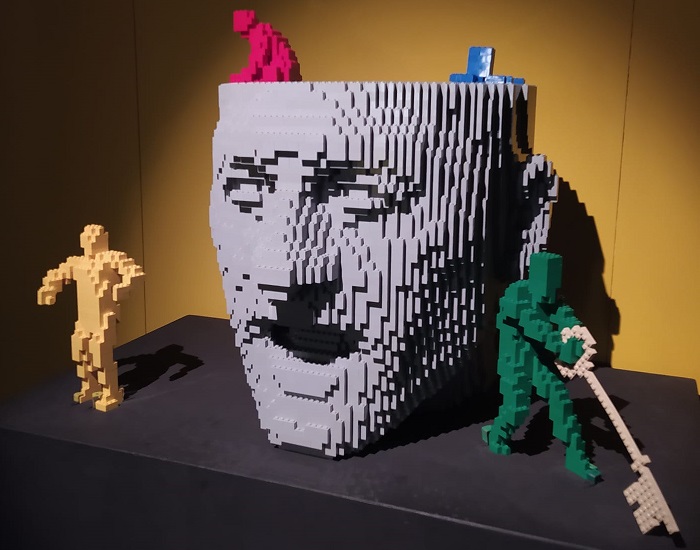 As a premise, let us state that agency does not stem from humans alone but rather arises from a network of interacting and overlapping actants (an actant being something or someone producing an effect upon the world). Networks such as these are called assemblages, and each comes with its degree of effectivity and power in any given situation: they are not just the sum of their parts, and their parts don’t simply cease to be once an assemblage is formed.

We are used to thinking causality as a line, connecting different effects each to its cause up until some initial nudge that put everything into motion. Given actants and assemblages and their nature of networks, causality ceases to be a straight line taking off from a starting point to an end in any direct and univocal manner: exploring such networks of relations and actants playing off one another,we have a circuit rather than a line of causes: withinthem effect and cause alternate position and redound on each other.

Rather than being a hierarchy of causes positioned as links in a chain, with some more or less important for the outcome than others, this kind of emergent causality places the whole situation (itself being an actant, but not the only one involved) at the core of the process. Since any occurrence of any particular event is the result of contingent cooperation of certain elements (or clusters of elements), it would be impossible to foresee what the consequences of said event are. Events shed some light on their causes, of course, and allow the observer to understand how they came to be but it is not possible to simply deduce how a particular event will unfold from a series of raw data.

Up until this point there has been no discussion the possibility that the way humans and non humans agents make their mark in any given process in the same way, that is to say, without any qualitative difference between them. Is that so, though? Exactly because of how actants and assemblages work, one should keep the focus on his or her objective but there should also be a need for urgency, to rush to the  desired outcome: the trick could be to try and seize the moment that could lead to success (as one would expect) but also trying to avoid forcing his or her way upon reality.

To try and harness one particular configuration of spatio-temporal elements (the fact that I am seated somewhere and at a particular time of the day, for example, as well as what I ate for lunch or dinner, what the reader of this piece will have eaten, where and when he or she would be while reading, and what not) has greater value than any particular and singular element of the network. This is not a static concept that can be grasped once and for all; since we move through assemblages (and are assemblages ourselves), and each assemblage is an open system exchanging elements with others, there is no fixing anything in this scenario: they change over time not only as of the composition of various assemblages changes but also as each member of any particular assemblage undergoes alterations.

So far, we have seen how assemblages operate and interact: this kind of situation opens up our interpretations of the kind of consequences their existence may have on the idea of blaming (and judging) someone for something. Focusing our attention on this last topic, we can try to dig a little bit further into the issue:first of all, we may say that any human actants within any assemblages we observe are assemblages themselves (as in “they are made up of various things, from bacteria to what they ate and everything in between).  It appears to be quite difficult to consider human agency itself as a properly “unitarian” thing: not only because of how humans and non-humans materialities interact within a given assemblage (that is, with the interaction of conflicting tendencies toward different outcomes determining how things will play out rather than a single and “uniform” will forcing everything else into submission, like shooting an arrow to a target) but because humans themselves can be (unsurprisingly, given what has been said so far) thought to as assemblages.

We are not a special kind of thing living and going about unhindered by the world surrounding us. How is it possible to avoid the worst possible implications of this outlook, then? How can we, for example, avoid the chance of a human judged guilty of some crime trying to shift the blame on some poor microbe (despite how absurd that may sound, which is quite a lot)? By watching the world through the lenses of this theory, extensively presented in the book “Vibrant Matter” (2010), by Jane Bennett (June, 31th, 1957 -), individuals simply can’t be asked to bear the full responsibility for their actions: in any given situation (and to any given outcome) all involved parties (humans and non-human) participate, but they may not the sole or always the most profound actant in the assemblage.This view may have the (potentially unintentional) benefit of allowing us to account for those scenarios in which the best intentions (or good intentions) brought nothing but harm; sometimes, things just go south despite our best efforts towards the best possible outcome.

One possible example of how assemblages operate, function, and are created could be the European Union itself: it is a conglomerate of mostly independent actants (those being the singular states) and it is subjected to historical processes, beginning as a somewhat smaller assemblage before expanding and having new states join the project (or shrinking since Brexit just a few years past marked the exit of the United Kingdom); furthermore, decisions are made and solution crafted using a complex system, which may well seem somewhat opaque to the common citizenry (although for no direct fault of the assemblage itself): these kind of things are simply the product of many parties guarding different interests, and compromises are struck and built upon almost daily.

Coming back to Bennett’s postion, though, she points out that the long-term effects of actions become quite difficult to predict: by accepting the view of assemblages, actants and whatnot it becomes practically impossible to point out a single guilty individual for any particular action. Such a line of thought offers one further question in matters of ethical responsibility: “Do I attempt to extricate myself from assemblages whose trajectory is likely to harm?”. Since we, as humans, are always part of various assemblages, the idea seems to be that the individual can be held responsible for not leaving the assemblages that turned out to be harmful (and, on the other end of the spectrum, opens up the possibility of joining assemblages tending toward noble ends).

On a final side note, when trying to assign blame in a context such as this, a hesitant attitude (rather than one prone to indignation) may be a positive trait.While moral outrage is necessary and in some extreme situations indispensable (just looking back at the Russian invasion of Ukraine, for example, which raised almost total indignation by a great deal of very different sources), it is not a tool to be abused: it can lead to getting oneself used to worse and worse situations. The final point one could try to make is that an extremely polarized (and as such prone to outrage and indignation) politics on matters of good and evil can oversimplify complex matters, and point out single individuals as guilty of a vast array of different harms to be punished without mercy or hesitation. The risk here would be of a system growing itself into something vengeful and wrathful, implementing violence as the first (instead of last) resort. By keeping in mind that agency is distributive, we can then reaffirm that the need to detach ethics from moralism is great (especially in this day and age); we need to be able to produce guides to action appropriate to a world of crosscutting forces.