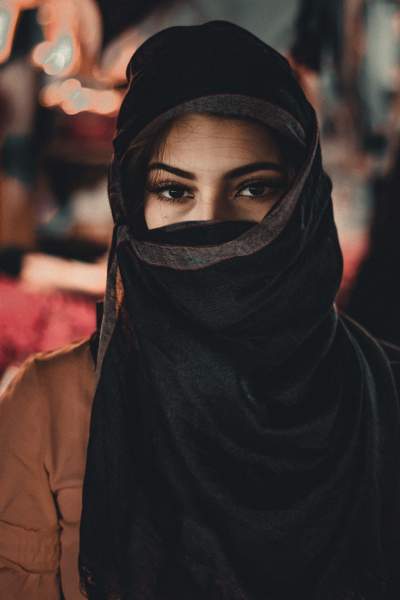 After 9.11, as the increase of the reports by media or politicians, terrorism gets connected to Islamic countries and Muslims. In that process, the media and politicians’ way of telling stories was not always fair. Plus, the translation of Quaran affects the believers' beliefs as well. It tends to be based on biased coverage using misleading terms. Because of those created biases, Muslims have been facing exclusion.

“Terrorism” is not the word legally defined in all jurisdictions, but there are some common understandings. “Terrorism” includes the use of violence or threats and brings fear not only among the direct victims but also among in wide range of people. It generates fear of achieving political goals. To create widespread fear, terrorists need to commit dramatic violations. Public spaces such as schools, shopping centers, stations, etc., are easily targeted. Even though for the targeted people the violent action is “Terrorism”, for the people who share the idea with the “Terrorism”, the action can be a “Heroinic” action. It is common to say that “One man’s terrorist is another man’s freedom fighter” (John, J.).

“Terrorism” is a political instrument. However, after the attack of 9/11, the use of “Terrorism” got focusing on Islamic actions. “War on terrorism” is a term used to describe the American-led global counterterrorism campaign after the attacks of 9/11.  It was a campaign almost limitless in scope. The military operations were conducted in Afghanistan, Iraq, Yemen, and elsewhere (Richard, J.).

The “war on terrorism” was a global concern. And around the world, the words “Terrorism” has more connections with Islam.

A symbiotic relationship between the news media and terrorism

The media has played a primordial role in associating terrorism with Muslims. A report about the media between 2008 and 2009 and Muslims in the UK has found that the 60% of the articles have a negative way of describing Muslims. One in five articles connects Islam with terrorism or extremism, and one in ten articles misrepresents their faith (Furvah, 2021).

In some reports, the abstract use of words can mislead readers. For example, Islam and Islamism are different words. Islam is a faith that over 1.6 billion people have, whereas Islamism is the political ideology of relatively small groups which use some concepts such as shariah and jihad from Islam to justify their political aim (Audrey and Halim, 2018).

Islamist groups such as al Qaida and the Islamic State use violence to achieve their political goals based on shariah law, which has no basis in the Quran. Islamists use the concept of jihad to justify their violence as “holy war”. However, Islamic teaching prohibits terrorism and the use of violence against civilians (Audrey and Halim, 2018). For most Muslims, jihad means “exerted effort” (Brian, 2003). In Islam, the principles are tolerance, equality, and moderation. The novelist George Orwell once said “... if thought corrupts language, language can also corrupt thought. The use of words can determine our way of thinking. People need to have responsibility for the language they use (Elizabeth, 2020).

After realizing the media perception of Muslims, Media outlets have started to create classifications of “moderate Islam” and “radical Islam”; or “Islam” and “Islamic extremism." However, these distinctions are based on religious motives and ignore the political ideology of Islamists. Some governments such as the UK and France advise using the acronym 'Da’esh' to refer to the group. However, other politicians continue to use vague terms (Audrey and Halim, 2018).

Being Visible: the experiences of Muslims

Here are some examples in the UK:

According to Blackwood, Hopkins, and Reicher (2013), minorities such as British Muslims feel excluded due to unfair treatment in airports. Especially, airports are the place where people feel at home when they get back and strongly recognize their nationality and identity. When they are stopped and searched for without reasonable reasons, they feel positioned as other and alien. Being denied their identities is to be denied “a position from which one can act upon the world." “There is a ubiquitous feeling of rejection, of hurt and of humiliation” (Blackwood, Hopkins, and Reicher, 2013).

Police officers stop and search individuals based on their “reasonable suspicion” which is not reasonable but based on those biases. After the entitled of this s44, the increased rates of stop and search differ on races; Black people (322%), Asians (277%), others (262%), and white people (185%). “It was stated that s44 were ‘not sufficiently circumscribed’ and lacked ‘adequate legal safeguards against abuse’ (Parmar, 2011).

The issue of translation

Also, in the process of translating the Quran into English, the interpretation was changed or added from Medieval. One example is Hilali-Khan's version, which adds interpretations that lead believers to hate others. Hilali-Khan's version is the most popular version in the English-speaking world and in the Sunni mosque and has the aspects of anti-Semitic, anti-Christian polemic because of the long footnote which justify the hate from the medieval text (Khaleel, 2005). Since Quaran was written thousands of years ago and spread after being translated into other languages or easy versions to understand, it could have the translators' intentions.

Through the translation, the distortion which creates biased images for others could be brought. Because of the created image, there are people suffering. Before we use the term, especially the one from abroad, we need to have time to think of the original meaning in the original language.