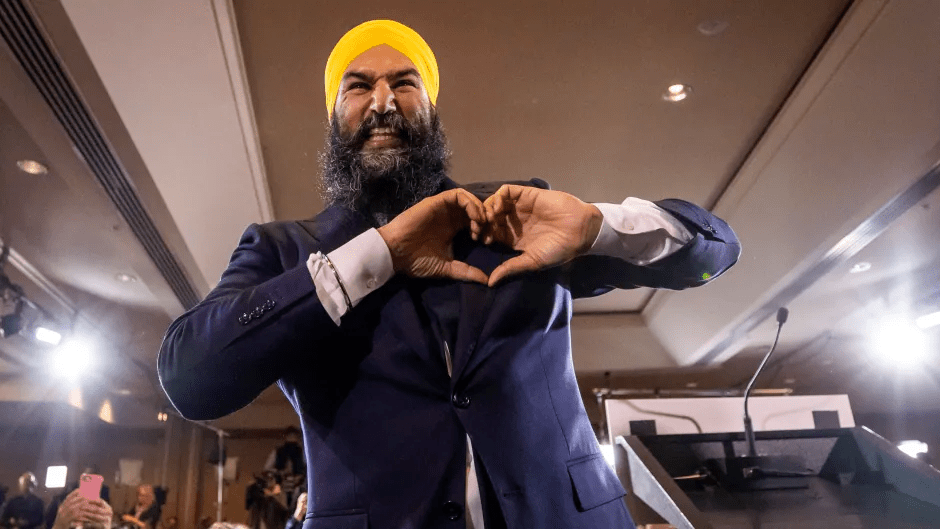 According to the Toronto Star, NDP Leader Jagmeet Singh has come out to state that he is ready to “walk away” from the supply-confidence agreement between the Liberals and NDP if the agreed-upon dental care plan does not come to fruition by the end of 2022.

For context, the supply-confidence agreement between the two parties outlines the NDP’s support for confidence bills to keep the Liberal government in power in exchange for the NDP’s policy priorities to be satisfied as part of the agreement.

So far, there has been very little progress or updates on the implementation of the dental program, even though the supply-confidence arrangement was agreed upon back in March. The logistics of such a program would require buy-in from provinces or a direct program that only covers the costs of dental care rather than refocusing private healthcare administration to the public.

Now the purpose of this article is to call out Jagmeet Singh’s bluff in making the “walk-away” statement. Frankly, the federal government has shown that they are willing to implement this program. For starters, the federal government just recently passed the 2022 budget, which included over $5 billion for the implementation of dental care and $1.7 billion each year after 2026 for the preservation of the program.

So the government already allocated the money, meaning the Liberals seem to be fully on board with the program if they’re willing to include it in their 2022 budget in April a month after the supply-confidence agreement was established in March.

Secondly, the Liberals are using dental care as one of the main policy priorities in their plan to ‘Make Life More Affordable. Other policy priorities are affordable $10 a day daycare, increasing old age security pensions, increasing the child benefit, and waiving interest on student loans. Dental care is just one of the many policies that Liberals have implemented to tackle the affordability crisis.

In addition to knowing that a majority of Canadians support nationalizing dental care, it would be foolish to let this program go when the Liberals are so deep in implementing this program in the first place in terms of money and policy commitment.

As to why Jagmeet is dipping his toes on the beach to fight the Liberals, there are two main reasons. For one, the NDP needs to take advantage of the lack of tangible progress on dental to differentiate themselves from the Liberals. An opportunistic publicity stunt, in a way.

And two, the Liberals are looking weak right now according to national polling data in which their numbers are trailing the conservative party by a significant margin. The NDP is just bandwagoning on the Liberal decline for as long as that may be. The Liberals could quickly bolster support by next year once programs like affordable daycare and dental care start becoming standardized and inflation declines. Thus, the NDP needs to strike when the potato is hot to get any public recognition for their work.

But this bluff calls to discuss a bigger problem with the NDP. That is, the constant need for the NDP to try and differentiate themselves from the Liberals and Liberal voters. Although the NDP hates to admit it, the Liberals and NDP agree on more things for the disagreement. The main contention of contentions is usually in healthcare and climate actions in which the NDP is more ambitious than the Liberals.

But that isn’t to say that the two parties fundamentally are opposed to healthcare and climate action. For the Liberals, ensuring publicly funded healthcare access across the country is a priority for them; the problem lies in the breadth of healthcare coverage. The NDP wants more coverage in areas of healthcare such as vision, physiotherapy, mental health, and pharmacare (of these, the Liberals are committed to implementing two of these areas). In contrast, the Liberals focus more on whatever healthcare priorities will help them win elections (i.e., dental, pharmacare).

And although Canada is going through a national crisis in its healthcare system, I wouldn’t be surprised if the feds introduce some national plan for healthcare by the end of this year or 2023. I make this prediction simply because of polling data which suggests that healthcare is rivalling inflation as the biggest issue facing Canada according to Canadians.

For climate action, the Liberal plan - although less ambitious than the NDP - is cited to be “the most effective, least costly climate change policy of the four main federal parties,” according to professor and economist Mark Jaccard.

And the Liberals aren’t shy from cutting emissions as their climate plans to cut greenhouse gas emissions by 40%-45% below 2005 levels by 2030. Considering Canada’s already relatively clean hydro-powered electricity grid, this level of emissions reduction is ambitious for what types of reductions are targeted.

For comparison, according to Mark Jaccard, the NDP - although very ambitious - is cited for having the worst plan out of the Liberals, Conservatives, and Greens regarding effectiveness and affordability.

So if the Liberals have a climate and healthcare plan, what does the NDP have left? Optics for the working class, young people, and unions. Frankly, their voting bloc outside of these specific demographics is quite limited, with the Liberals and Conservatives taking the bulk of voting intentions among all other demographics.

Unfortunately for the NDP, as the Liberals implement the same policies that the NDP has been championing for years, it becomes more difficult to justify a vote for the NDP if the Liberals are eventually going to champion them anyway. So effectively, the Liberals start to overlap with the NDP in policy and voter blocs in the long run.

My advice for the NDP? Become a party that is genuinely for the working class. A quasi-national socialist party would do wonders for revitalizing working-class representation in government. In addition, it would force the Liberals to dance around a potentially powerful socialist party in parliament. Finally, at a time when more and more Canadians are unsure of the future, a socialist party could quickly fire up the populous at any moment.

The lesson for Jagmeet and the NDP is that if they want to differentiate themselves from the Liberals, then do it with a pro-worker ideology that can make Jagmeet a working-class populist, not a begging servant to Trudeau.

If there’s one lesson to be learned from the likes of Donald Trump, Boris Johnsons, and Pierre Pollievre, it’s that rallying a base based on fear of the future is an effective method of getting support from voters. Thus, a socialist movement should be the opposite force fighting these nationalist conservative movements that we’re seeing across the globe.

And the NDP could be the pioneer of such a socialist movement.