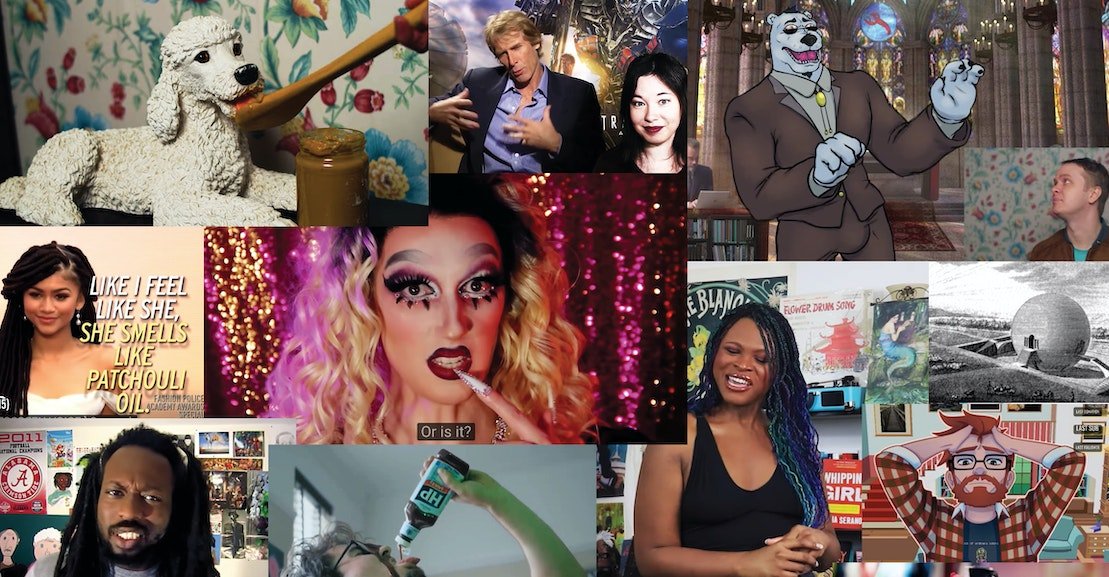 Since the emergence of the manosphere and the marketing of prejudice, the bigotry landscape has multiplied tremendously. The most obvious problem is the emergence of far-right or conservative commentators, social media influencers, and even politicians, that use rhetorical appeals to white supremacy to achieve popularity and money.

What readers may not understand is how white supremacy encompasses many forms of discrimination that were once believed to be distinct. Colonial era legislation that demonized queerness in indigenous communities across the world is the foundation for rampant and violent homophobia and transphobia found in Latin America, Africa, the Middle East, and Asia. Patriarchy is not a natural or universal truth. Rather patriarchy is a doctrine that once again was maintained by imperialist structures—at the expense of flourishing matriarchies and egalitarian societies. Even issues relating to the mind and body have been twisted to suit a white supremacist stereotype.

Ironically, the same countries that condemn contemporary misogyny and homophobia are major players in the development and spread of discrimination at the institutional and interpersonal level. This realization highlights another important assertion—contrary to what "well-meaning" Democrats and centrists say, the emergence of right-wing entertainers and politicians is not an outlier. So, what is the most effective method against defeating bigotry? I suggest we look at the same playing field. Social media is rampant with discriminatory language and practices. Social media sites have recently been under fire for potentially enabling the rise of far-right influencers, and bigoted meme accounts. Nonetheless, many researchers are unsure about how to properly place the platforming of ultraconservative accounts on YouTube. However, some individuals are actively criticizing populists in the name of humanity. For every action there is a counter reaction. The rise of the far-right has emboldened many on the left.

From the dubious—yet helpful—BreadTube, to the countless black social leftist channels, there is a serious effort being made to create strong leftist networks online. While BreadTubeshare has similar banter and dry humor as its conservative counterpart, these leftist commentators deconstruct the reasoning behind dehumanizing memes and disturbing conspiracy theories. Black and queer commentary channels dissect media through various socio-political lenses. Channels like Khadija Mbowe and Kat Blaque produce humanizing and meaningful content.  Both channels address the root of social inequality, offer safe spaces for stimulating discourse, and propose succinct solutions to common problems. They address various threats to the security of marginalized communities.

The solutions presented do not satisfy our desire for instant gratification, but they are inclusive. Steps both small and large are introduced, incentivizing cooperation beyond borders. These videos are intended to learn and respect our differences, rather than bond over our similarities. In doing so, viewers put the effort into learning about other cultures, and embracing the beauty in diversity— rather than placing too much importance on what makes us similar.

Many of these accounts create videos, typically one-hour long, similar to an essay. Sprinkled with humor, relevant news, and evidence from peer-reviewed journals, the content is both informational and comedic. The video starts with a hook that reels in the viewer before diving into the heart of their arguments.

A notable social commentary YouTuber, Shanspeare, has deconstructed the appeal of the video essay. Reaching back to explore its once-exclusive history, Shanspeare suggests that the prevalence of video essays is part of a larger conversation with critics. The velvet rope that has guarded typically white male critics, has dissolved. Social media has made it possible for united marginalized communities to send shockwaves that disturb the elite.

Celebrities and politicians have lost a solidified barrier that protects them from disapproval. Like the ozone layer, the shield is dissolving and when their problematic actions are brought to light, they have to face the fire. On a grander scale, this develops an opportunity beyond calling out problematic celebrities and dangerous rhetoric. The increase in the leftist commentary has contextualized everything from microaggressions, neoliberalism, and fascism into an accurate historical narrative.

For instance, the discourse about homophobia and transphobia in communities of color has evolved in the right direction. Initially perceiving homosexuality as “un-African” or a Western phenomenon, academic journals and commentary channels alike have debunked the misconception. Homophobia and transphobia, along with colorism, are all Western imports, not inherent components of indigenous society. Many indigenous communities in Africa, Latin America, and Asia were gender expansive, celebrating a vast variety of gender identities. Gender non-conforming and queer deities appear in Ancient Greek, African, and Southeast Asian religions. Notable examples include Cybele and Hermaphroditus from Greek Mythology, Horus and Set in Egyptian mythology, Ikapati from Tagalog mythology, and Baron Oua according to Voodoo practitioners.

Furthermore, the rise of intersectionality has prompted many to consider what benefits they receive as a member of a privileged class. More importantly, people willing to engage with intersectionality confront the implicit and explicit forms of discrimination they allow or enable. In terms of neurodivergent individuals, the race is often left out of the conversation. Tumi Sotire, a black and neurodivergent advocate of neurodiversity, notes that en masse, black people have to work twice as hard as their white peers. Additionally, neurodivergent people have to work three times as hard. Sotire described labor as a black, neurodivergent person as exponentially harder compared to his neurotypical and white peers.

Additionally, discussions about racism in marginalized communities are disputable, yet valuable.  Black people who also identify as queer, neurodivergent, fat, disabled, or find themselves in communities of color, regularly voice their frustrations about the racism that persists in these settings. In the black community, the same discussions occur concerning the oppression of queer, disabled, neurodivergent, and fat black people. Even in its most confrontational examples, everyone leaves knowing that there is more to accomplish.

Overall, the reaction to the right’s growing influence on the internet has given many of us on the left an infinite amount of topics to discuss. As intimidating as it seems, channels such as FD The Signifier, Tee Noir and Foreign Man In A Foreign Land help international audiences understand that their suffering is universal, but they are not to blame. Furthermore, these discussions reiterate the source of global suffering. With the source in mind, these channels and communities equip members with the necessary tools and research needed to create compassionate, and empathetic connections in our own lives.

Why We Need To Change The Way We Debate