Ethical Consumption As A Starting Point, Not The Solution 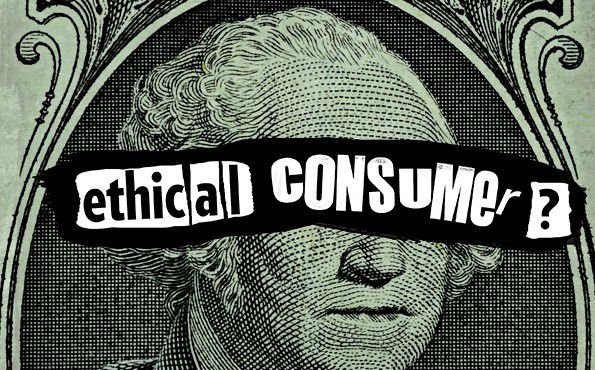 With the rise of fast fashion brands and lingering conversations about exploiting workers as young as five years old, consumers have discussed the viability of ethical consumption. Aliexpress and Shein have come under fire for their reliance on exploitative labor to create and export cheap, fashionable clothing despite combatting allegations with official statements. Many consumers from developed countries approach the issue with a calm, defeatist attitude. At the same time, others in search of a solution, fall into dangerous rhetoric that prioritizes their emotions over the livelihood of the exploited workers in developing nations.

Proponents of ethical consumption suggest that consumers should opt to purchase their goods, specifically fashion items, at retailers who are, at the very least conscious of the exploitation of their workers. Initially debuting as a company dedicated to providing consumers with cruelty-free clothing, Patagonia has been hailed as an exemplary business for routinely examining its workplace for instances of abuse and exploitation. Furthermore, they have been crowned as the head of the Free Labor Association, an organization that provides consumers with eco-friendly tools and tips.

Nonetheless, Patagonia has also been a subject of controversy. The company received criticism for promoting excessive consumerism, using department stores such as Amazon and Nordstrom to drive up profits despite both companies being criticized for worker exploitation. Amazon’s environment mirrors that of a sweatshop, underpaying employees performing straining labor to satisfy consumer demands. On the other hand, Nordstrom has made strides to satisfy its consumer base while being eco-friendly. Despite being vocal about combating abuse in the workplace, Nordstrom has been accused of sourcing labor from American factories with wage violations, reportedly paying workers five or six dollars. Although Patagonia pledges to adopt eco-friendly and conscious labor practices, its conduct relies on exploiting workers regardless of the company they work for. Instead of having a cruelty-free workplace, companies perform the bare minimum while accepting exploited labor from companies cooperating with them.

Opponents of ethical consumption argue that the practice does not exist. Due to the looming capitalist structure both businesses and consumers exist under, there is a prevalent pressure to produce profits while satisfying customer demands. Thus, ethical consumption has been written off by critics as a band-aid for a broken limb. While it prompts consumers to consider the humanity of underprivileged workers, it fails to rectify the actual harm said workers experience. In more extreme cases, proponents of ethical consumption value the appearance of being conscious rather than remedying the issue.

It is important to note that the harm may not always be intentional. Consumers are a class of people with ambitions and obstacles. They may shield themselves from accepting the reality of labor exploitation. However, labor exploitation is the status quo. Consumers are only an instrument in the machine maintained by governments and business corporations. From luxury goods to the latest fashion, societal trends and corporate marketing have normalized and even celebrated excessive consumption of goods.

Despite efforts to consume consciously, Janka Deàk of the Glasgow Guardian highlights how a few “of the goods available to us are ethically sourced”, implying that the capitalist system at large does not only benefit from exploitation but finds the exploitation of workers necessary to its existence. Workers experience harsh treatment and receive low wages, with many having little to no connections to trade unions. Thus, efforts to only reduce consumption are futile, simply because said reduction does not influence corporations and governments to protect workers’ rights in the face of exploitation.

If consumers can not significantly influence corporations to create better work environments, how can they combat the exploitation that threatens the safety of workers and our environment? Lena Pellandini-Simanyi of the University of Lugano proposes that consumers adopt voluntary simplicity, which incorporates ideas from ethical consumption but also prompts consumers to alter how they interact with consumer goods, nature, and their respective communities. Voluntary simplicity calls for consumers to look intuitively at the world around them, considering new occupations and locations to work and reside in. Instead of cutting down on mass consumption, voluntary simplicity is more of a mindset, adopting different approaches to consumption and collectivism.

The issue that arises from this discourse is the viability of a voluntary simplicity mentality. Is it likely to convince millions and possibly billions of individuals to abandon a system? Even if such a repressive system does not benefit them as much as they would hope to believe. Consequently, who would have the privilege to leave their positions and move across the country with the willpower to reject consumerist messages? The conversation can be dense however I believe the answer comes with admitting how complicated reaching these solutions can be.

Believe it or not, the reality we all exist in now was simply a figment of our previous generations’ imagination. From Adam Smith to Milton Friedman, many proponents of capitalism had to be creative with their envisioned utopia. I do not aim to minimize the impact of researchers such as Lena Pellandini-Simanyi but more to celebrate them for their research. They have done the imagining and beyond. Instead, the greater population of workers and consumers need to interrogate their consumerist desires and the desires of their peers. Consumers as a whole, not just the exceptional few, have to be genuinely conscious about their purchases and the impact on other human lives both across the world and at home.

Through education and good faith discourse, global consumers can potentially arrive at multiple resolutions. Acknowledging the different perspectives of consumers and workers in various regions while also including intersections between both groups is ultimately beneficial. With such consideration, the world inches closer to viable solutions for remedying labor exploitation. Perhaps witnessing an end to workers' exploitation is too idealistic to materialize at this time. Nonetheless, imagining a world where voluntary simplicity is a norm for our potential children and extended families is the first step to reconstructing entire systems to prevent exploitation on a massive scale, ultimately creating a world where consumption is truly ethical.

Understanding Consumerism: A Study in Change