Evolution of Abortion Rights In India till the Recent Historical Judgement 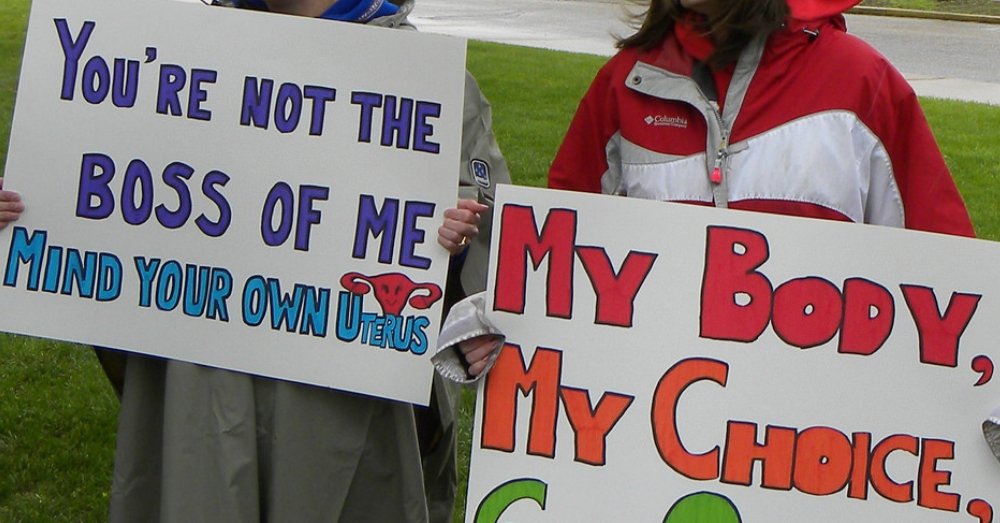 Recently, the Supreme Court of India in an official judgement made a historic decision that will grant more autonomy to women over their body and their reproductive rights. The apex court bench comprising of Justices DY Chandrachud, Surya Kant, and AS Bopanna said that all women- whether married or unmarried (in a consensual relationship) also including “persons other than cis-gender women” will now be permitted to seek abortion even within 20-24 weeks of pregnancy.

History of Abortion Laws in India

Abortion as a ‘criminal offence’

Tracing the history of abortion laws takes us back to the 1860s when abortion in India was not even legal.

Until the 1960s, abortion was illegal as well as punishable, and if violated a woman could be punished with imprisonment and a fine under Section 312 of the Indian Penal Code (IPC). It criminalized any intentional causing of miscarriages until it was not done in good faith to save the child.

The discussion and talks about the need for abortion started in India only in the mid-1960s with the formation of the Shantilal Shah Committee. This committee suggested that there should be liberalization of abortion laws for reducing the high-risked abortion and also decrease maternal mortality going on in the country.

Under the Shantilal Shah Committee, a medical termination bill was introduced.

Thereafter in August 1971, the Medical Termination of Pregnancy (MTP) Bill was passed by both houses to become an act. For the first time now, women were authorized to terminate their pregnancy to the limit of 20 weeks. However, it had a few drawbacks.

Women seeking termination were only allowed when two registered medical practitioners concurred the persistence of pregnancy at this current state risks the life of the woman or child. Other reasons for abortion could also be given to rape cases or contraceptive failure within marriage.

Later, this limit of 20 weeks began to be questioned too with different cases and situations coming in. Hence, in 2021, a new amendment was brought up in the MTP Act, 1971.

Under this new MTP Act, 2021 abortions were extended to 24 weeks of gestation period but under few circumstances.

The new act extended this provision to minors, widows or divorced, mentally ill women, foetuses with any type of abnormalities, victims of sexual assault, and women in emergencies.


Any woman with the given above abnormalities will be given the right to abort.

How was this historic Judgement taken?

A 25 year-old-woman hailing from Manipur in the 22 weeks of her pregnancy, filed a plea in the Delhi High Court urging the court to authorize her abortion. She claimed alterations in personal circumstances such as - her partner didn't wish to assist her and her pregnancy anymore. Hence, she wished to seek Medical Termination of Pregnancy (MTP) at this stage.

However, her request was turned down, stating the Medical Termination of Pregnancy Rules, didn't grant permission to unmarried women involved in consensual sex.

The lady then challenged the decision in the apex court i.e. Supreme Court seeking allowance to abort. The court granted her request and gave consent to abort.

In the court, the bench led by Justice DY Chandrachud said the rights of reproductive autonomy, dignity, and privacy from now on shall also be given to an unmarried woman similar to that of a married woman under the MTP Act, 1971. Adding to that said, whether she wants to keep that child or not will be her sole decision as that is how married women are permitted.

The court made this momentous decision that from now on even unmarried women with 24 weeks of pregnancy will be included within Rule 3B of the MTP Rules.

Remarks by the court on ‘Marital Rape’

Besides this, the highest court also remarked on marital rape. The court said that the meaning of the words “sexual assault” or “rape” in Rule 3B (a) also includes a husband’s act of sexual assault or rape committed on his wife. Adding to that, the meaning of rape should include marital rape, for the sole purpose of the MTP Act and any rules and regulations under it, court said.

The Supreme Court made a watershed decision as it authorized all women whether married or unmarried to seek an abortion even at 24 weeks of pregnancy, which is commendable. With this, all women will be arbiters of their bodies.

Step by Court- Progressive or Regressive?

This is a progressive decision by the court unlike even the recent alterations in one of the most powerful countries of the world. The US Supreme Court on June 24, 2022, overturned the constitutional right to abortion. Abortion rights which have been available to women will now be determined by the individual states.

The judgement of our Supreme Court is a progressive jurisprudence, as from now on women in the country will have more bodily autonomy than ever. Also, this step will provide for safe and legal access to sexual and reproductive health and rights.

More Autonomy of the Woman

This step by court comes as a ‘daydream’ to all those suffering women. Also, it develops hope in the system and that the voices of every person are heard.

Lastly, from now on autonomy will be granted to the pregnant woman on what she reasons will be appropriate for her without others interference.

Also Read: It's New Era of Revolution Now, as 5G Introduced in India