Four Weddings and a Zombie Apocalypse 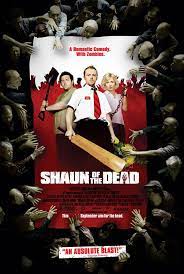 What do Hugh Grant and a bunch of flesh-eating zombies have in common? Some would say absolutely nothing, apart from that Grant and zombies have been stars in their romantic comedies. At first glance, Four Weddings and a Funeral and Shaun of the Dead have nothing in common. Their only similarity seems to be that they are from the same genre, romantic comedy (or from-zom-com). Further, after a closer dissection of both movies, one might realize their similarities despite having different premises and contrasting overall tones, Four Wedding and a Funeral and Shaun of the Dead showcase the resemblances with interchangeable archetypes of characters, treatment of female characters, romantic comedy elements, and successful box-office returns.

The protagonists follow typical romantic comedy tropes, comparable to characters in Four Weddings and a Funeral. The 'leading man' archetype gets portrayed by these lovable and awkward characters of Shaun and Charles. Both are the hero characters that the audience is rooting for throughout the movie, ignoring their flaws. Shaun and Charles are not the most responsible adults, and neither knows what they want with their lives. Shaun spends the beginning of the movie barely showing interest in anything, not even his job or girlfriend. On the other end, Charles can hardly get to a wedding without his car breaking down. They each have a roommate and share a cluttered apartment (Ed and Scarlett).

Once in both films, both men show affection for Liz and Carrie's love interests. Even though they were not meant to be related in the movie, the characters of Dianne and David in Shaun of the Dead are attached to the hip for the duration of the film. You rarely see a scene without the two of them together. Similarly, Fiona and Tom are the wealthy aristocratic brother and sisters in Four Weddings and a Funeral. In any movie, especially a romantic comedy, there is usually an obstacle that keeps the two main love interests apart. In Shaun of the Dead, multiple villains succeed in keeping Liz and Shaun apart; the zombie's invasion, Ed's inability to grow up, and David's jealousy. While for Charles and Carrie's obstacle, the blame goes to Hamish, the man who marries Carrie and keeps Charles from confessing his love for her.

In both of the films, several females are in the main cast. However, their roles mostly revolve around the male figure. Instead of focusing on a beautiful woman not finding a man, Four Weddings and a Funeral flips the genre by making Hugh Grant's character, Charles, unable to find love. This is refreshing because the audience perceives a male perspective and his journey to find a soulmate. In turn, female characters are put in the background and are only used to further Charles' story, not their own. The feeling that suffers the most is Carrie.

The second we are introduced to Carrie, she is viewed as an enigma, almost like an icon. We don't receive much backstory about Carrie besides Fiona's description of "American...Slut…Only gets outs with very glamorous people." When Carrie is not having sex with Charles, she challenges his belief that he has no future as a married man. Every time we see Carrie either engaged or divorced, she forces Charles to make a big life decision. He must choose between going with his friends back to Tom's or going back to find Carrie. He must choose between meeting his brother for a movie or shopping with Carrie. He even had to choose between Henrietta, his fiancé, or Carrie at his wedding. Carrie even alludes to this when she finds him at the shop and says to him, "Come with me. You have an important decision to make."

With Shaun of the Dead, I believe the writers were headed in the right direction with Liz by making her an untraditional female character. Liz got molded into the typical girlfriend character and began controlling her boyfriend and his possessions by the end. Shaun was not ready to be in an adult relationship, and Liz was not putting up with him being a man-child. She did not make any excuses for Shaun. On the contrary, she broke up with him when he could not show that he was committed to their relationship. Liz even showed her strength during the zombie invasion and was one of the last survivors of her group along with Shaun.

The romantic comedy genre is generally uncomplicated and can adapt to various situations.

In Shaun of the Dead, when Shaun is trying to win Liz back in the middle of the zombie outbreak, you can see the blending of genres. Fear goes with the humor, and laughter is used to transition out of the dramatic scenes. Most importantly, Shaun is desperate to be with Liz again. He is willing to fight any negative emotions that caused their breakup (and zombies that fill the streets of England). Liz and Shaun's complicated relationship is happening amid a zombie outbreak. It gives the film a feeling of realism, while the humor emerges in this situation.

Most male characters in romantic comedies are similar to Shaun. These guys are lovable and with their hearts in the right place, yet they have flaws that are holding them back from being with their true love. The problem with Shaun is his difficulties with growing up and leaving his childhood friend behind.

Main characters in romantic comedies often have a problem with their lives changing. In a more typical romantic comedy film, with Four Weddings and a Funeral, here is the (very) lovable male character Charles. With his friends, they seem to be living in some wedding hell, going from one wedding to the next. The more weddings he attends, the more he is hesitant to get hitched himself. Either this is because of his fear of commitment or being terrible to his past girlfriends; he instead remains a bachelor. Of course, this is until he meets the beautiful American, Carrie.

These characters looked at their lives and thought that growing up would be challenging. It makes them question whether they even can change for the better. But it usually takes a massive catalyst to move forward and have a more developed character.

Despite being great films, Shaun of the Dead and Four Weddings and a Funeral did not expect to make as much money at the box office as they did. These films have an R rating. R rating films rarely succeed because the younger demographic is excluded from seeing these films.

In Four Weddings and a Funeral, the glamorous, unrealistic quality that this film depicts could be one of the reasons why this film was so popular.

When people go to the movies, they want to escape their realities in whatever way possible. So, a trip to a fairy-tale-like Britain filled with romantic possibilities and Hugh Grant was probably attractive to moviegoers. As for the success of Shaun of the Dead, Edgar Wright and Simon Pegg were smart to capitalize on the success of the zombie genre early because, with the success of 28 Days Later, audiences were still clamoring for the upcoming zombie adaptation in 2004. Both films had a 4-million-dollar budget and had a worldwide gross of more than five times their budget (Shaun of the Dead: $30,039,392; Four Weddings and a Funeral: $245,700,832, according to IMDB).

At first glance, both Shaun of the Dead and Four Weddings and a Funeral seem to have nothing in common. Many might argue that there is nothing similar to them besides their country of origin. Despite their similarities and differences, both films still managed to have unique perspectives on the romantic comedy genres, interchangeable archetypes of characters, treatment of female characters, and successful box-office runs. In conclusion, both films have a rom-com edge in their story structure that follows a lovable romantic lead on his quest to capture the heart of his loved one. Besides this, there is a drastically different obstacle for each movie, one being a playboy's inability to commit and the other being hungry zombies filling the streets of London.