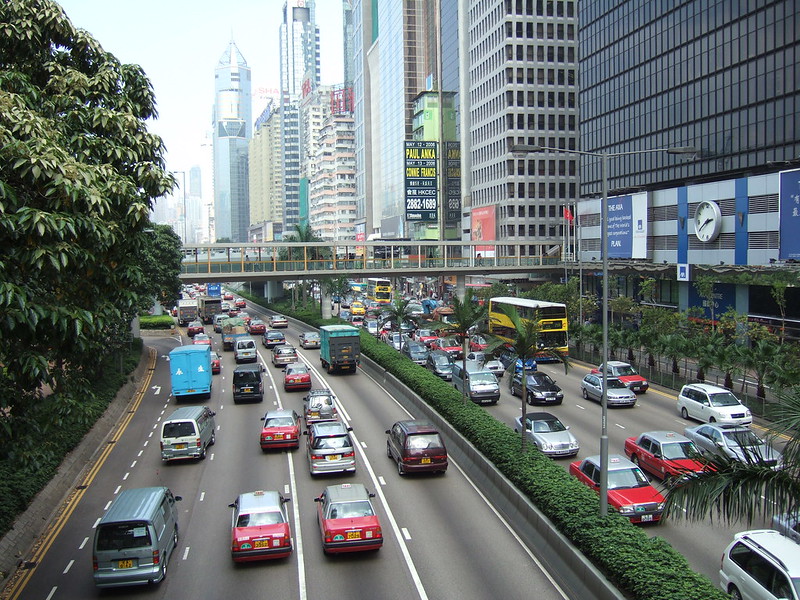 With the new law in effect, the government’s Health Bureau will be able to annul more than 20,000 vaccination exemption certificates issued by seven doctors - six of them arrested - who allegedly handed them out without conducting the necessary medical examinations beforehand. This may relieve Hong Kong citizens - at least those who still appreciate the city’s authoritarian handling of the pandemic. However, a closer inspection of the story behind this decision will show an apparent disregard for Hong Kong’s legal system, which is deplorable. This article discusses the processes leading up to the court ruling and the government’s policy amendment to criticize its hypocrisy.

The story began in September this year when seven doctors were accused of handing out Covid-19 vaccination exemption certificates of without doing the required medical checkups. The certificates these doctors handed out cost anywhere between HK$350 and HK$5,000 (US$637), a hefty amount for anyone, let alone the old and infirm struggling to make a living for themselves in an economy heavily hit by Covid-19. Of the seven doctors, six have now been arrested, while the last culprit is believed to have fled the city.

Meanwhile, the government announced that the illegal certificates would be invalidated on October 12, meaning that some 20,000 people’s certificates – and thus their freedom of movement – would be disabled. However, this decision was overturned by the High Court on 18 October, when they ruled in favor of a legal challenge launched by serial litigant “king of judicial reviews” Kwok Cheuk-kin. Kwok argued that it was unconstitutional and illegal for the Health Secretary, Lo Chung-Mau, to decide whether or not a vaccination exemption certificate was valid.

In return, the government countered that the terminology used in its original announcement, such as “invalidate” or “invalid,” was merely “practical and convenient shorthand” instead of being legally binding. They also described the government’s decision as “no more than an administrative act.”

Nevertheless, Judge Russell Coleman dismissed the government’s rebuttals, and in his 68-page judgment explained how the defense had effectively dug their own grave: “I regret to say that these points seem to me to be an attempt to play with words and to rewrite the historical narrative.” To fuel the fire, Coleman said that the government had not provided proof that they had the administrative power to declare the Covid-19 certificates null.

Unfortunately (for Hong Kong’s legal system), this is not the end of the story. Coleman’s ruling would effectively be ignored, as the government announced early last week that they were changing their Covid-19 laws to give the Health Secretary the power to reject faulty exemption certificates. In other words, the government used its control over the city’s infrastructure to overcome the legal barrier of Coleman’s ruling in favor of Kwok.

Indeed, Kwok filed a second appeal to the High Court requesting to challenge the amendment but was rejected by Coleman this time. In his written response to Kwok’s appeal, Coleman stated that the government had accepted Kwok’s first appeal, which meant that they had not intended to give certificate-nullifying powers to the Health Bureau chief. Therefore, the Covid-19 law amendments could not be seen as a move to “[close] the loophole,” a term Coleman said was “not apt.”

So here we are now - Hong Kong’s Health Secretary is now able to decide whether a citizen’s vaccination exemption certificate is valid or not, and Kwok’s initial victory is shown to have been scored in vain. And it is not just Kwok’s voice that has been quashed again. Hong Kong legislator and solicitor Doreen Kong must have felt a bitter sense of victory when she saw the court’s initial ruling in favor of Kwok, as she had also questioned the government’s ability to void exemption certificates. She told the public that the government could not render more than 20,000 certificates invalid based on “reasonable doubt.” Her opinions, which faced criticism, must have found a strong echo in Kwok’s actions, making it all the more painful that Kwok’s efforts were all for nothing.

Why this legal ping-pong is problematic

Now, you might say that Justice Coleman, the man who ruled in favor of Kwok in the first place, was doing his job correctly in rejecting Kwok’s second appeal and thereby giving the government the green light to go ahead with the amendment. However, I find Coleman saying that “closing the loophole” was “not apt” quite interesting. Would a seasoned judge, who wrote 68 pages in his original ruling in favor of Kwok, express such vague beliefs? “Not really” does not cut it as a judicial decision, and I am sure Coleman is more than aware of that.

In other words, I think Coleman’s vagueness is purposeful. His lack of firmness tells the public that, though his ultimate ruling had to be objective and unbiased, a subjective onlooker has more than enough reason to believe that the government is indeed “closing the loophole” with its decision to change the law.

Therefore, it is not unreasonable to view this entire incident as a case of the government’s disrespect for Hong Kong’s legal system. In overriding the court’s initial decision and giving one immense official power over the health and safety of 20,000 people, the government is disregarding the voices of the court, Kwok and Doreen Kong.

Moreover, we should not forget that throughout this whole process, the 20,000 Hong Kongers who needed vaccination exemption certificates to go about their daily lives were not consulted at all. All the decisions were made by people in the top echelons of Hong Kong society, whose luxurious lives were impacted little by the pandemic. It is incredibly disappointing to see that in a city of professed “democracy” and “equality,” life-changing choices are not made by the millions of people for whom these choices matter the most, but by an administration increasingly detached from the needs and desires of its citizens.

In conclusion, the Hong Kong government’s decision to maneuver around the court ruling by Justice Coleman regarding the Health Secretary’s ability to nullify faulty Covid-19 vaccination exemption certificates exposes the disappointing reality of rule in Hong Kong. Instead of an administration that respects the judicial realm, we have a centralized leadership that plays with both words and the law in petty ways.

In this light, I would like to turn to: “We just had a case in which the government was sued and lost. Does have Kong have no human rights? That’s impossible!” After reading this article, I hope the hypocrisy of Lee’s claims burns bright and clear.