How have the Ideals fallen? 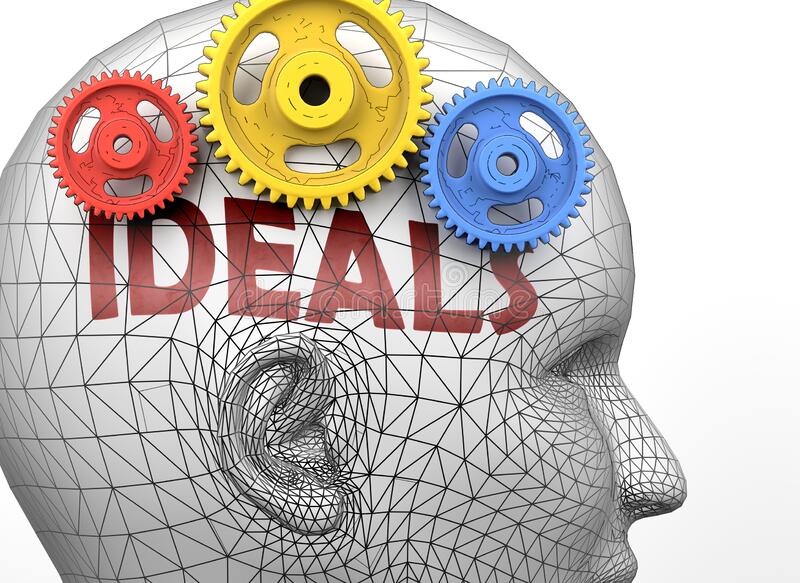 The twenty-first century has certainly marked an important crossroads for the new generations. The technological boom and increasing personal freedom have characterized generation Z. Globalization has had a specific weight in this process, although it remains to be established whether the impact was positive or negative. From a certain point of view, it has certainly connected parts of the world that were previously difficult to connect. It managed to generate culture and information for free and without limits. But if one of the objectives was to smooth out economic and social differences, this proposal has been disputed in a sensational way, such as to accentuate the disproportions between different countries.

Alongside this lightning-fast change, people have discovered the possibility of creating income and wealth in innovative ways: e-commerce, influencer business, stock market operations and blockchain (NFT and cryptocurrency). In fact, people's focus has clearly shifted to the belief that they are leading a luxurious and comfortable life, admiring Instagram stars as they have dream experiences.

Thanks to this trend, thousands of financial "gurus" have sprung up who sell their courses and knowledge online, making them believe it will lead them to live in Dubai and drive a Lamborghini. Being blinded by these people leads individuals to invest savings on intangible assets, creating problems for entire families.

Consequently, wanting to emulate these “gods” has compromised other much more noble goals. Just to give a few examples, we noted how climate change constitutes a serious danger, the destructiveness of which has been accentuated in the last 20 years. Another topic to underline is undoubtedly social solidarity. It is clear to everyone that certain countries are still plunging into drastic situations regarding human rights. Others are affected by wars that have been going on for decades.

Contemporary social solidarity translates into hashtags and stories to be shared to demonstrate an interest in the topic which turns out to be completely superfluous but above all superficial. We noted how in the case of Afghanistan last summer, the media hype lasted less than a month and then fell into oblivion, claiming that the situation had subsided. Too bad that Afghanistan has experienced belligerent situations since the Cold War, if not before. For 50 years people have been silent about it and then wake up to the first hint of the media. These behaviours did not benefit the population.

Likewise, we are witnesses of the Ukrainian situation. Everyone expresses solidarity with the country without knowing that in the last ten years Ukraine has carried out real purges of citizens who felt pro-Russian. In 2014-2015, the Azov battalion (currently proclaimed as heroic) contributed to the “Odessa Massacre”, a carnage against those who felt Russian. During the Donbass War, in Donetsk, a cemetery was created called "Avenue of the Angels" where 250 children, between 6 and 9 years old, who were victims of the Kiev bombs, were buried. This excursus does not serve to justify Putin's actions, on the contrary, it serves to create historical memory but above all to make it clear that it is never all white or all black.

History feeds on compromises and appeals, praising murderers without knowing recent history is the most wrong thing to do with a view to a ceasefire.

So what are the solutions to be adopted to put an end to these behaviours? The author emphasizes the need to educate. Creating culture in people but above all historical consciousness requires the individual to reflect more deeply in the moment of disasters such as the recent war. Secondly, we must stop with the underlying hypocrisy that exists in our world. The minute of silence for the war in Ukraine, kneeling for Black Lives Matter before matches, and dedicating entire advertising spaces to people defined as "non-ordinary" are useless behaviours. Is the goal to create awareness in people? The solution is to set up hours at school to educate children from the earliest moments of their education. Do you want to stop the phenomenon of racism? Ad hoc laws must be created that discourage and act as a deterrent against cultural abuses suffered by people of colour. Until now, there is no tangible change thanks to these skits set up only as a facade to save what can be saved when certain tragedies occur.

Ultimately, I focus on the role of journalism in the contemporary world. I am strongly convinced that this profession is one of the most important within society. Not being able to include all the figures who exercise this profession for obvious social merits, journalists have now become newsagents. The goal is to sell as many copies as possible and follow the thinking of the publishing house by which you are paid. Verifying the information available has been replaced by the rush to grab the title on the front page or be the first to spread the news. Investigative journalism that explored the historical roots for which certain facts came true is less and less widespread, with the consequent tragic consequences of superficiality. But this is not a coincidence. The main goal is to direct all people towards a shared and linear thinking that follows the interests of the moment. I believe that this, combined with the increasing ignorance into which the world population pours, is one of the most deviant factors we have witnessed.

In conclusion, a collective awareness is more urgent than ever. The collective interest must supersede the individual one. But even more crucial, considering the latest trends, is that personal benefits don't have to come from others' shortcomings. We have at our disposal many technological and IT means that monitor and create precise and reliable algorithms. Let's use them to create global well-being and not just for a small circle. At this point the famous sentence of Paulo Coelho is perfectly connected “The glory of the world is transitory, and this is not what gives us the dimension of our life, but the choice we make to follow our personal legend. Believe in our utopias and fight for our dreams. "