How the Coffee Changed the Entire World? 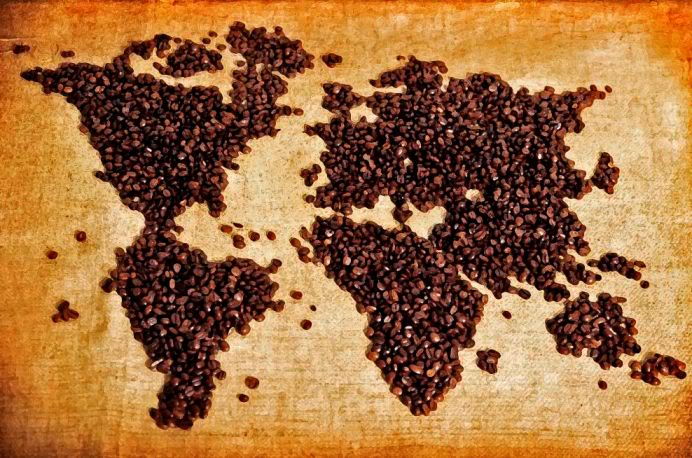 Coffee has been around for centuries, and it is said that its first use was as a beverage in Arabia. In fact, coffee was so popular in the Middle East that it became a valuable export commodity. It wasn’t until the mid-seventeenth century that the coffee trade began to expand. A ship carrying coffee beans docked in Amsterdam and this was the beginning of a new era for coffee. So how did coffee change the world?

The arrival of coffee in Amsterdam meant that people in Europe were introduced to a new way of life. They were no longer confined to their homes and families as they had the freedom to socialize and meet other people. This newfound freedom led to many new ideas and innovations as people began to question what life was all about. As the popularity of coffee grew so did the number of coffee shops and it soon became a symbol of the emerging middle class. For example, the world’s first coffeehouse was opened in 1685. Their place at the heart of so many people’s lives made it an ideal vehicle for social reform, and it is no exaggeration to say that the coffee house was the birthplace of modern democracy! Coffee has also played an important role in the development of many different scientific discoveries as it has provided scientists with a source of nourishment while working on complex experiments. All of this proves that the invention of coffee has changed the world forever and in a very positive way! But how was life without the coffee?

Before coffee, there was just hot tea which rich or royal people used to drink. There was no buzz and there was no production of big markets. People’s lifestyle was different at that time, people just worked, and they didn’t have that caffeine boost to get them through the day to make more money. The idea of double and night shifts weren’t used as it is today. The industrial revolution had not yet occurred and so technology was very basic. In addition, People are still not around gathering much because their lives were mainly about work and sometimes sleeping and eating. For the most part, people at this time Just lived a simple life with no coffee at all and just all about hot tea and basic stuff. So how does life become with coffee? And how did coffee make the way for the industrial revolution?

Coffee made way for the industrial revolution as it enabled hard work. It gave them a reason to work more and earn more so that they could have a better life for themselves and their families. People were no lazier as they were working hard for money. It was necessary for them. The idea of a coffee break was launched by companies that carried on working to make more money as they needed more people to work and be productive all the time. After working long hours people thanks to their coffee started working again instead of sleeping for a while.

There were industries founded using what was known as the ‘Knocker-upper’ which was the waking-up call for people in the morning and the afternoon, they were back to work for more hours. There was more freedom and prosperity among people when there was more work to do and more hours to be worked in a day. The factories were established, and people were working day and night for 24 hours a day just to make ends meet and survive in their life.

The whole scenario is different today as it was different back then because coffee brought changes and people got better jobs with better pay and better benefits in their everyday lives. Well, as you can see from this example, there are many ways in which coffee has shaped the world around us, and the arrival of coffee has definitely made an impact on our lives, and it will continue to change the world we live in for many years to come.

From Seed to Brew: The Journey of a Coffee Bean

Impacts of Drinking Coffee on Health