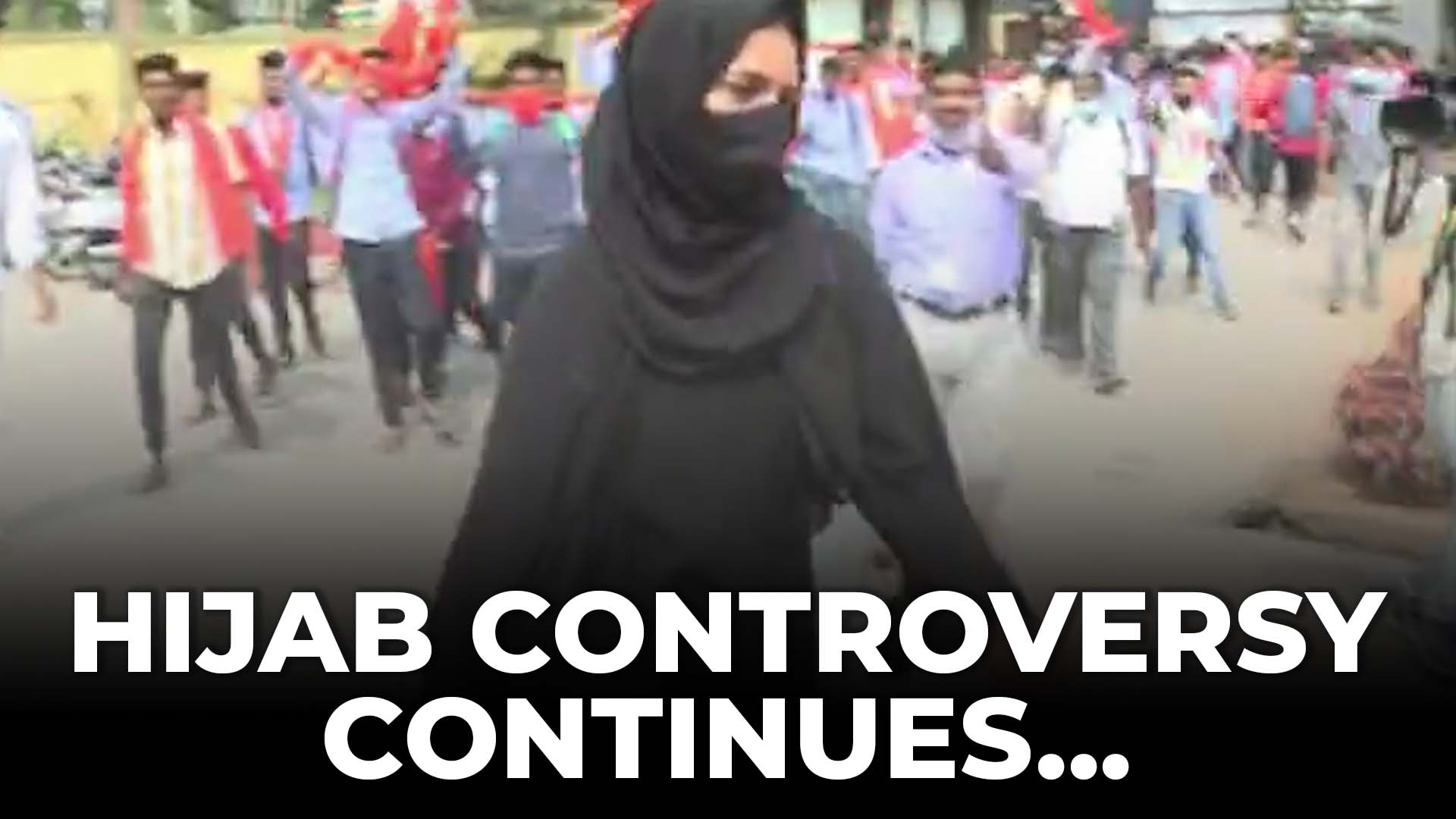 Once Abdul Kalam was asked to light a lamp. He used the candle and said: “I’m a Muslim, I am lighting a Hindu lamp using a Christian candle. Same should be the unity of our country”

It all started on 31st December 2021 when six female students of Government PU Girls college in Udupi complained that for the last 15 days, they have been not allowed to attend classes because of not being allowed to wear hijab.

The BJP MLA of Udupi who is also the head of the college's development committee held a meeting with parents and other considered people on this topic. The students were told to follow the college dress code in the classroom but the six students chose to stay away from the classroom. In the support of the protest against the Hijab ban by the college, the students filed a writ petition in the honourable High Court of Karnataka and they also approached the National Human Rights Commission.

According to Quran, Hijab is the basic necessity of Muslim women. Muslim women are religiously and spiritually permitted to show their faces only to their parents and husband. This thing is right from the religious point of view but the education institutes are considered for providing education without any representation of religion by the students. Article 25-28 of the constitution protects religious practices but in the case of schools and colleges, the importance of uniforms should be considered on the utmost level.

Entry of Hindu Students- A few weeks ago, a group of male Hindu students was seen chanting Jai Shree Ram on that government college campus which was in support of the hijab ban but it was also quite detrimental to the importance of Uniform and decency of an education institute. This incident of chanting Jai Shree Ram by boys gave a boost to this issue and then a large group of Muslim women started a protest against the hijab ban in front of the college.

The shocking situation was when Hindu female students also wore saffron scarves and protested against the Hijab ban. It’s quite sad to see that some women are against the other women in the country. This act of Hindu Girls was justified by them based on saying that they want uniformity of dress code in the college and every female student should look similar while attaining education.

Opinions of other States- The Education Minister of Madhya Pradesh has also agreed with the decision of the Government PU college of Karnataka. He has also insisted on the Hijab ban in Madhya Pradesh based on the reason that education institutes should be free from any kind of religious representation. Here the consideration of the authority people is justified for the sake of positive education.

Initiative of physical violence- Last week, a Muslim mob was seen throwing stones at a college building and a group of Hindi students who were wearing saffron scarfs. Karnataka police recently arrested two men named Abdul Majid and Razib who were found with lethal weapons at the place where Muslim girls were protesting. Some people are taking due advantage of this chaos to initiate physical violence and it's a fact that the Muslim people were only found with weapons at the place of protest by Muslim girls. Government should take strict action against these criminals who are trying to prove their dominance.

The effect of this incident was seen in Jharkhand also when violence was caused in Hazaribagh after Muslim people protested against the Saraswati Visarjan and one minor also died in the chaos. A minor boy lost his life and eight other people have been injured by the Muslim mob. The Jharkhand state Government should take immediate and strict actions to regulate further future conflict. The Saraswati Visarjan was allowed at that place when police made the way for the Hindu Group.

Arguments at High Court of Karnataka- The arguments of Advocate Devadatt Kamat (Muslim Bench) have also been unjustified in the High Court of Karnataka. He stated that it's not allowed for a woman after she starts menstruating to show her hands and face to strangers. The High court has ordered a copy of the Quran and the respected judge of the Karnataka High Court has not given much importance to this fact.

Involvement of other political parties and Conclusion- This week Ashok Gehlot (CM of Rajasthan) tweeted that now India should become free of Hijab as we are living in 21st century. But today (9th February), Congress leader Priyanka Gandhi was seen tweeting that whether it's a bikini, a ghoonghat, a pair of jeans, it is a women's right to decide what she wants to wear in school. This right had been guaranteed by the Indian Constitution but it is not absolute. Nowhere in the constitution of India, it is written that students are allowed to choose to represent their religion in schools/colleges or to decide their choice of clothes in educational institutions. A person can only be educated when his or her mind is pure towards education and free from any political propaganda. No student has the right to prove their religious identity in schools/colleges. The supremacy and importance of uniforms should be maintained in the Colleges as well schools. Lastly, the Indian Constitution and the Government are great enough to take any justified decision.