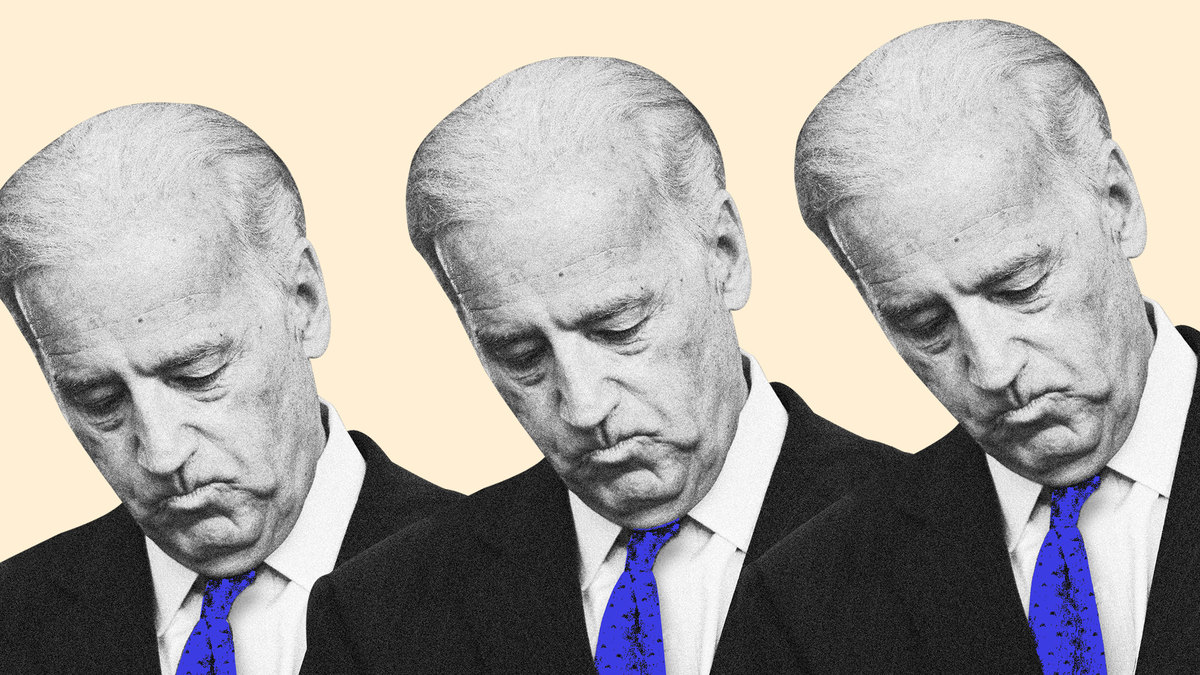 In 2020, so many Americans could not wait to get rid of Donald Trump. Fast forward a year and a half, and I would think some would want him back. When Joe Biden was running for President, we all knew him as being this loveable grandpa figure who just wanted peace in America and for everyone to love him. Much like when he was Vice President and everyone had this idea of Barack Obama that he was a great guy and no scandals came from him while in office, it was hard not to like Obama. However, since Biden took office in January 2020, he doesn’t seem to be fulfilling much of our great perception of the guy.

His approval ratings at the time of his election were very high. The riots at the Capitol building had just taken place, and many Americans just wanted Trump out of office. I remember the day Biden got elected, people were filling the streets of their city chanting and celebrating his win. I would assume many were celebrating the loss of Trump more than the gain of Biden, but they were still excited about the Presidency to begin. "We can right wrongs. We can put people to work in good jobs. We can teach our children in safe schools. We can overcome this deadly virus," Biden stated.

“Despite a bitter presidential race, Mr. Biden began his term with 56% of the country approving of his performance, according to RealClearPolitics, and having won more than 80 million votes - more than any other president,” according to BBC.com Biden’s approval ratings started to fall when the pulled troops out of Afghanistan. Biden also signed several executive orders within his first hundred days erasing anything that Trump signed. Other actions included, “halting funding for the construction of Trump’s border wall, reversing Trump’s travel ban targeting largely Muslim countries, imposing a mask mandate on federal property, ramping up vaccination supplies, canceling the Keystone XL pipeline, ending federal use of private prisons and reversing Trump’s ban on transgender Americans joining the military,” stated in a CNN article.  “I’m not making new law; I’m eliminating bad policy,” said Biden regarding the number of executive orders he signed.

Being President is arguably one of the hardest and most strenuous jobs ever to exist. The President's schedules are nonstop, including a lot of travel, public appearances, and hard decisions. In the first year of his Presidency, Biden took 42 personal trips which equalled 126 days away from the White House. 16 days at Rehoboth Beach and 37 days at Camp David in Delaware. This makes Biden the President who has taken more vacation days in the first year of his Presidency than any past President. “The Presidential retreat has historically proven to be a favorite getaway spot for the U.S. Commanders-in-Chiefs throughout history. During his eight years in power, Barack Obama visited Camp David 39 times, while George W. Bush took over 150 visits to the Maryland home during his tenure.” Although a President can still work away from the White House, Biden still exceeded the number of personal days.

Gas prices have surged in the past couple of months due to inflation and Biden cutting off the Keystone Pipeline. The pipeline had been in the works for years under Donald Trump and cost millions of dollars to build. Donald Trump’s main concern during his Presidency was to make the economy better. He lowered taxes, and gas prices and helped the economy's national debt. Since Biden took office, the national debt is at an all-time high at 30 trillion. Although gas prices are not 100% Biden's fault due to inflation rates and the war going on in Ukraine right now, Biden’s administration seems to be putting all the blame onto those issues. Biden had plans to drill into Alaska for oil for the U.S. to have their own supply. After talks of this deal, Biden’s administration canceled it, "Due to lack of industry interest in leasing in the area, the Department will not move forward with the proposed Cook Inlet OCS oil and gas lease sale 258…"The Department also will not move forward with lease sales 259 and 261 in the Gulf of Mexico region, as a result of delays due to factors including conflicting court rulings that impacted work on these proposed lease sales," a spokesperson told foxbusiness.com.  At this point, no one wants to see another rise in prices and Biden should have agreed to drill in Alaska.

Since Biden was elected President, he made a plan to knock down the wall that Trump had been building during his term. This wall was to ensure safety and protect Americans from their freedom that they gained from being a citizen of the United States. Joe Biden has since ordered that the wall be taken down and has allowed for more open borders. As somebody who appreciates their safety as an American, I feel the borders need to have more control. It allows for so many undocumented people to come into the country and live freely. That is not how America was founded to live. The war in Ukraine has changed my opinion on non U.S. citizens coming into America seeking safety and shelter because their home country is being torn apart by Putin. I believe Biden should do something to help these people and he has created a refugee program to help these people who show up at the border.

While Biden was running for President, no one thought he had amazing ideas or was even coherent enough to run a country. People just thought he was less crazy than Bernie Sanders or Donald Trump. He has not succeeded in fulfilling any of those peoples expectations. During countless public speeches, Biden can barely piece together a sentence, making him the incoherent grandpa figure everyone thought he was. Even famous talk show host Jimmy Fallon who is known to support Liberals was making fun of him on his show. Biden also made a huge deal about how horrible Trump was at containing the Coronavirus when more people have died on his watch than Trump. “The best message was always so simple: get your shots, live your life. How Biden and his team screwed this up is mind-boggling. If there’s a human embodiment of ambiguity, apprehension, and confusion, Biden is it,” said an article in the courier journal.

Not saying everything that Biden has done for this country is bad, but his choices have suffered consequences. Biden made history twice when he won with a black woman as Vice President. However, Harris is barely even talked about in the news because she hasn’t done much for the country either. Biden also elected the first ever black woman to the Supreme Court, which is also a huge milestone. Ketanji Brown received some backlash as she was elected for some of her policies people did not agree with. Although there would be backlash from the opposing sides for anyone who is elected, this was a historic choice that Biden made.

With midterms coming up, Biden has been trying to get his approval ratings back up but is failing miserably. If he can figure out a way to fix the gas prices, I think that would be the first step into getting his ratings back up.