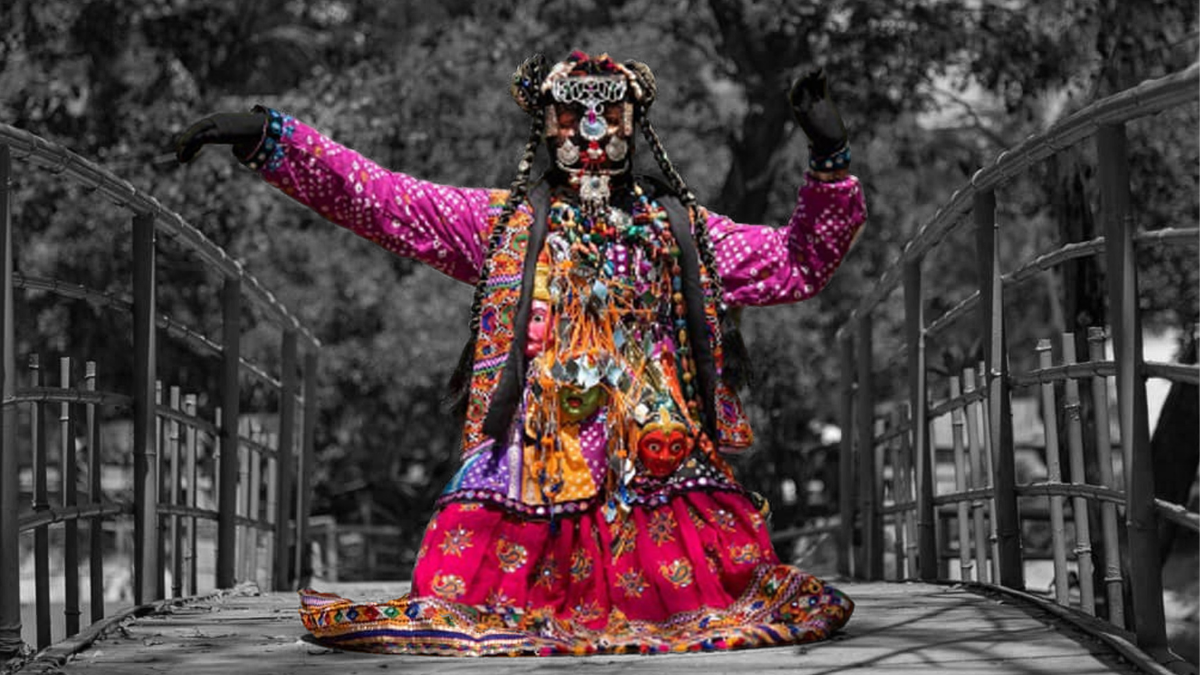 The power of performing art forms to manifest our innermost inceptions and confusions is impossible. Artists who seem normal in their ordinary hours and impossible by their performance, questions the integrity of identity in every person. It makes you wonder whether split personality is an essence of art. Is a true artist what we imagine an artist should be, a walking, talking, living embodiment art, or someone who is clueless and normal at every other moment but an absolute miracle when it comes to their craft? As the saying goes, some people are artists and some themselves are art. For example, the sacred art of Theyyam is a cultural mystery that puts this idea to its extreme. The line between the divine and the human diminishes in harmony with the character realization of the highest order. Performance art becomes precious for its quality to provide reality in its short life span, the same, why we hold life precious.

When history pushed women’s opportunity to explore the world on the stage, men dragged their gowns sporting huge wigs and eyelashes. A binary act of art of this sort did not seem to cause problems to society but in fact, challenged many artists for their skills. Apart from actors, make-up artists, and other enthusiasts who found it fascinating to dress up and entertain in a strange fashion, the entry of the LGBTQ provoked society. For the first time in history, an art form gathered social stigma. After decades of surviving through the shadows of the Pansy Craze and emerging into the limelight, these artists have made their story one of a kind.

From the oldest roadshows that brought to life the art of cross-dressing, to the 21st century’s most celebrated Ru Paul, a fraternity was built on a relationship that is considered sacred as mother-daughter. The mother is an established artist, a mentor, a guide in all its sense, and the daughter, one to the mother. From Julian Eltinge, Mother Flawless Sabrina, and Divine, to the Indian queens Mayamma, Laila Gulabi, and Rani Ko-HE-Nur, the Drag scene has empowered kids, parents, and partners to support and try out for themselves the harmless art of Drag.

To know more about the history of International Drag culture, click here. 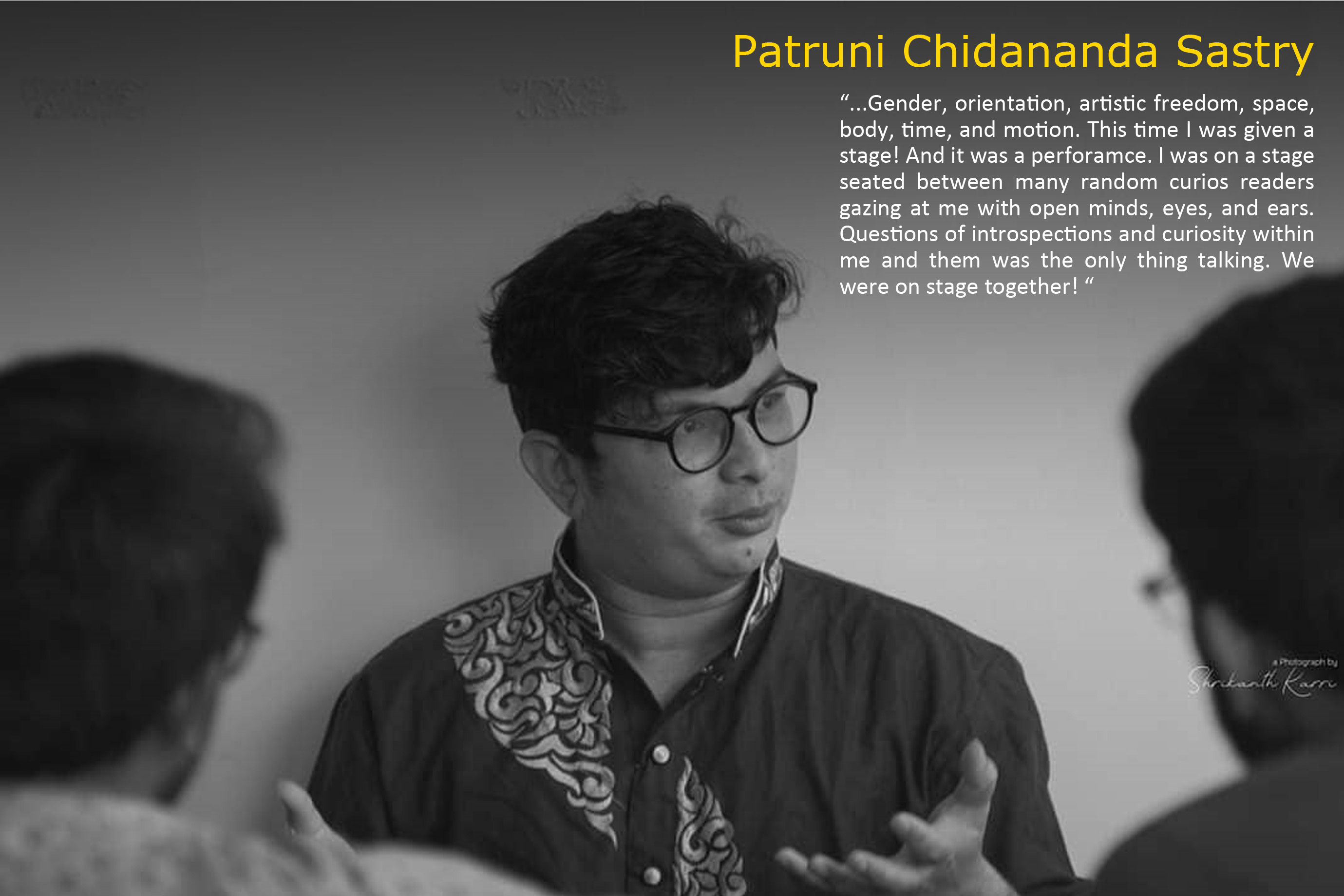 Taking the entertainment art form to its unprecedented personality is Patruni Chidananda Sastry, a former Indian classical dance performer. With expertise for more than two decades in Bharatanatyam and many other dance forms, Sastry’s ladies are a combination of Drag art and traditional art forms. Constructing his characters from mythical and cultural folklores that India homes, he speaks of contemporary topics apart from the usual stories of divinity. Sastry, a Butoh performer as well, has devised an art form that is an amalgamation of German Expressionism, Japanese Butoh, and various Indian traditional performance arts. Tranimal Drag, a genre in the culture, that focuses on the post-modern animalistic interpretation of characters is a less sought-after genre considering how infant the Drag scene is in India. Sastry’s iconic characters like his ‘Voodoo Doll’, ‘are one of our own creation, by their presence, throws us around, motivating oneself for more,’ says Sastry.

India for its greatest period did have Drag performances as a part of its regional traditions. Traditional performance art forms typically outside the modernist theatre such as the Buta-kola, Theyyam, Kathakali, Kuchipudi, etc., have always substituted the feminine, but with divinity in focus. Here, Sastry focuses on the term Indian Classical Expressionism. The possibilities of addressing today's notions with characters of tranimal drag influence that would be mythological for a society of far future and imbibing it with Indian Classical performance arts defines this newfound term. Taking objects that are easily accessible and molding them into parts of masterpieces, Sastry creates his Beheroopi, Tripurasundari, Chitrangada, and Shatripus. 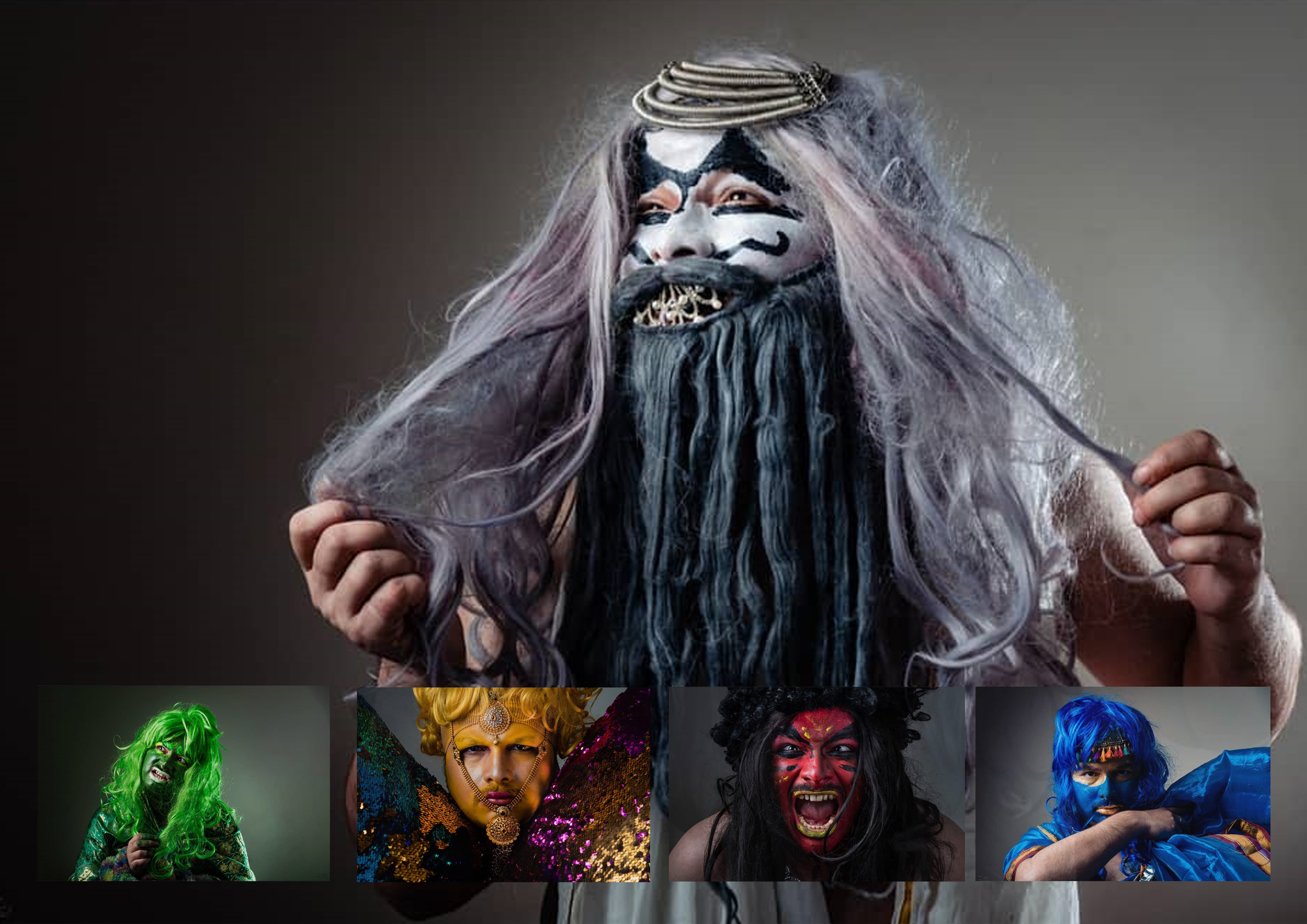 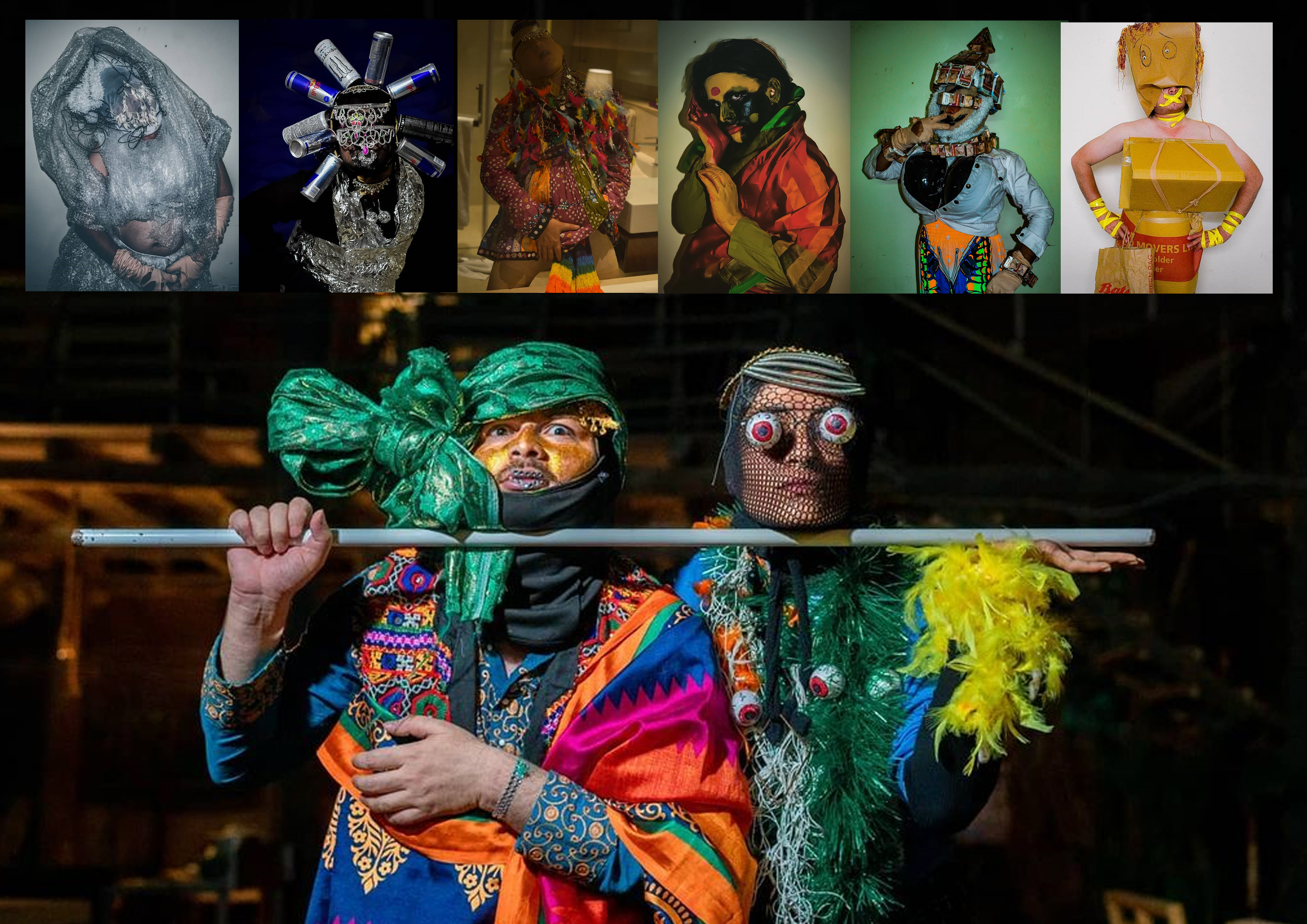 All of his characters are taken from the epics India has offered in the past. But the understanding that they represent each and everyone in a whimsical sense of representation defines the scope of this genre. ‘This is no revival of our traditional art forms, to have called it so we would require those traditions to catch up with the contemporary world by itself,’ he says.

In his journey through the tranimal drag culture in the Indian context, which finally led to the manifestation of Indian Classical Expressionism, there has been a slow but gradual growth in the acceptance of Drag performances. Even though there has been a global trend of supporting drag kids in recent years, the attitude stays aloof in India. The public image of cross-dressing or Drag has been misleading into the belief that it is only practiced within the non-binary community. Many of such false notions that relate it to the trans community also play a crucial role in gathering the common hatred for gender fluid norms in a society that proposes strong gender roles. 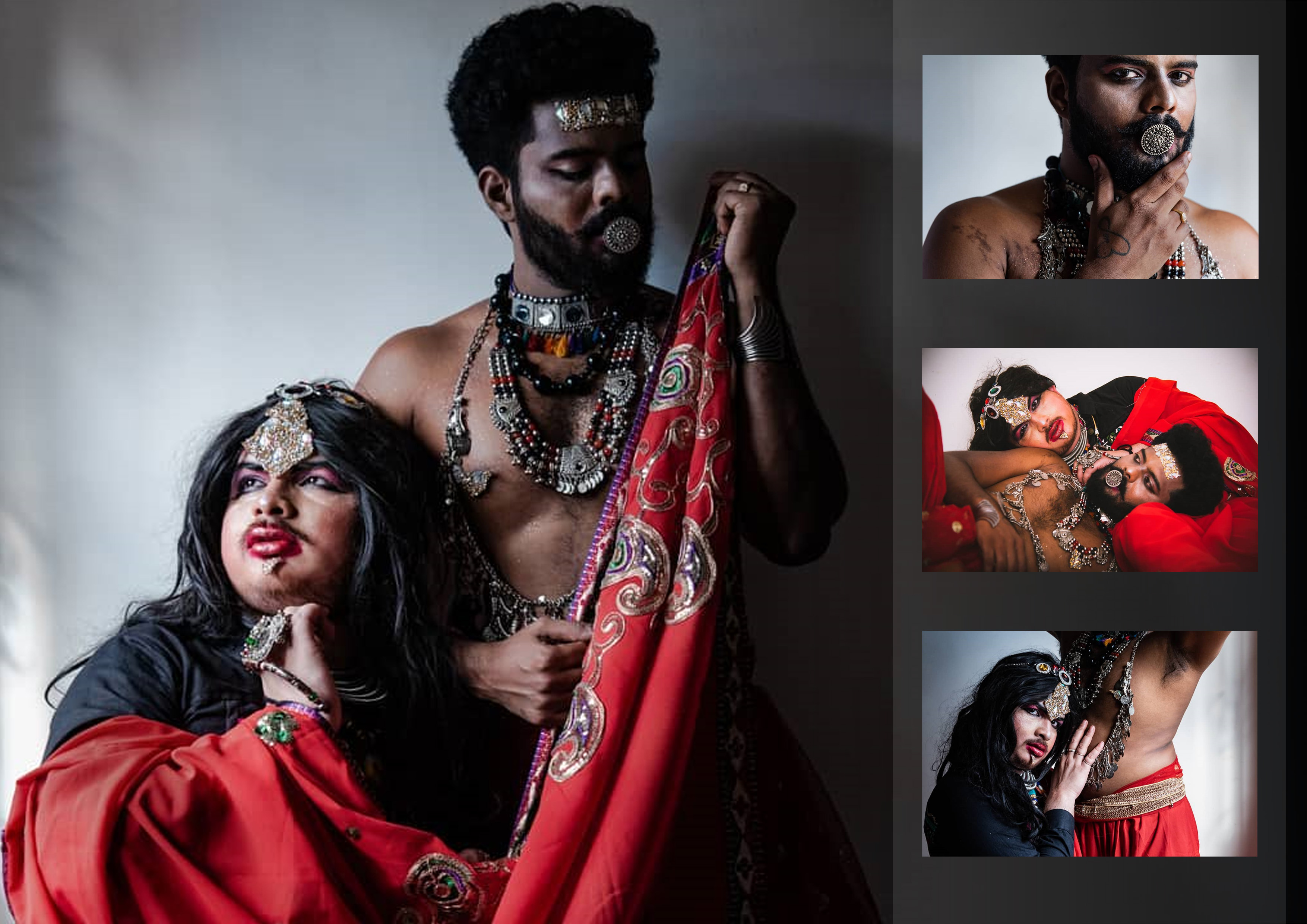 ‘It is not just the concept of Drag or just Bharatanatyam for me now. I have explored my possibilities in these art forms and that has taken me into artistic satisfaction that is beyond current definitions. Drag for me is the way in which I desire to express myself as a gender maverique,’ says Sastry. ‘I feel less like a female and my masculinity is more at play when it comes feminine characters,’ he adds. His attempts to relive the characters as he sees advisable, doesn’t always work, as he quotes, “I cannot speak for women, because I am not one. It is difficult to express the actual meanings of emotions that women are. If I did, it would have been good to address women’s issues such as menstruation and motherhood, etc.”

There are very few artists who have encompassed the culture with the art of storytelling. Sastry, who goes by the name SAS3 represents artistic logic into the conjunction of the words ‘Saas’ and ‘Sthree’ through his creations. When topics like LGBTQ and gender non-conformity are taking into stage, it has become important to understand the artistic possibilities of such collaborations.