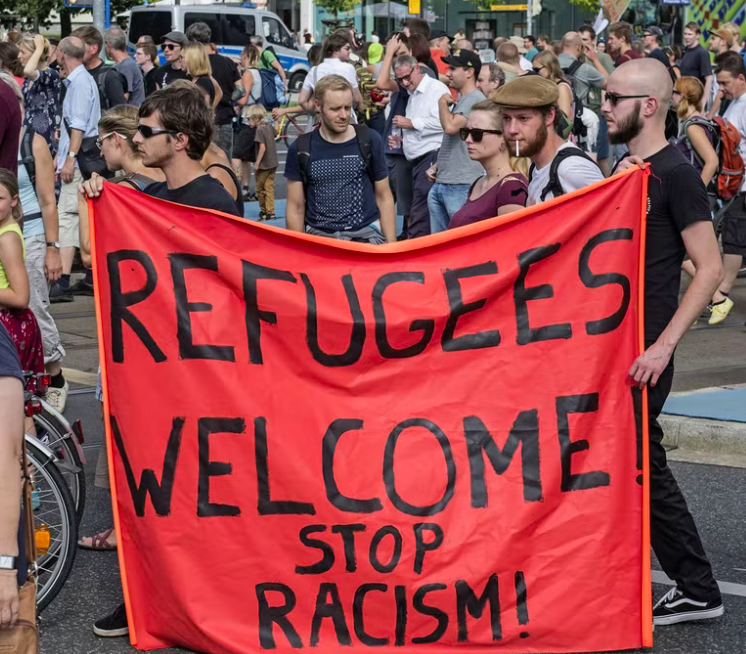 Maybe you thought that with our Western society being as developed as it is – with our supposedly forward-thinking ideologies – we would welcome you with open arms; no protests, no anti-migrant groups, no inhuman utterances.

Or maybe demonstrations of archaic racism is exactly what you expected because our politicians were the ones who upended many of your homelands in the first place. They nefariously brought the destruction of entire countries, simply for the sake of oil and control, or anything else that would selfishly benefit them.

All I can say is that I am truly sorry you are in this situation and that now, in my home country, you must rely on a Tory government that is so far to the right they’ve become blinded by the idea of white supremacy and extreme classism. Their compassion has deserted them - if they ever had any to start with- and a mist of malevolent narcissism has been left in its wake.

To them, it seems you are a foreign species, one they can’t relate to. You are not British and if you happen to be from the Middle East, they take great satisfaction in instantly and unequivocally branding you as ‘terrorists’, even though they are perhaps the biggest monsters of all.

It’s fair to say that the majority of us in the Western world wouldn’t know the first thing about being in your position, nor, in our ignorance, do many of us bother to try to understand. We have no right judging you or dictating whether you should live or die – it should be against the law to do so.

I don’t know when the day came where ‘refugee’ and ‘immigrant’ became dirty words. To me, ‘refugee’ is someone in need of a home and therefore in need of our help, and ‘immigrant’ is simply someone who comes to another country to live. But in a world where, not too long ago, a sociopath like Donald Trump served as President of the most powerful country in the world and Brexit actually became a harrowing reality, what more can be expected?

I am both mournful and mortified that it is you, the most vulnerable of people, who bear the brunt of this anarchy. I understand that all you desire is to live a normal life; any life that is better than the one you already have. All you want is for the pain and the misery to end. Some of you are lucky enough to still have your families with you whilst some of you have lost absolutely everything.

I won’t pretend to ever completely comprehend what it feels like to have lost all that you love, and it is easy looking in from a privileged position of someone who was born and grew up in an unbroken world. All I can do is to try as hard as possible to imagine it and, as I do so, my heart truly breaks for you.

I will never understand what it is like to be so desperate that you would attempt to swim across harsh, strong-current seas where the most likely outcome is drowning, or handing yourself over to people smugglers just to get across countries to safety and accepting all the risks that go with that.

To me, you are the bravest, most heroic and most admirable people in the entire world because, even after everything you’ve been through, you don’t give up. You still see a microscopic glimmer of hope – another chance at life – and you hold on to that with everything you have, possessing that true human instinct to stay alive, no matter what. Most of us would have given into the darkness a long time ago.