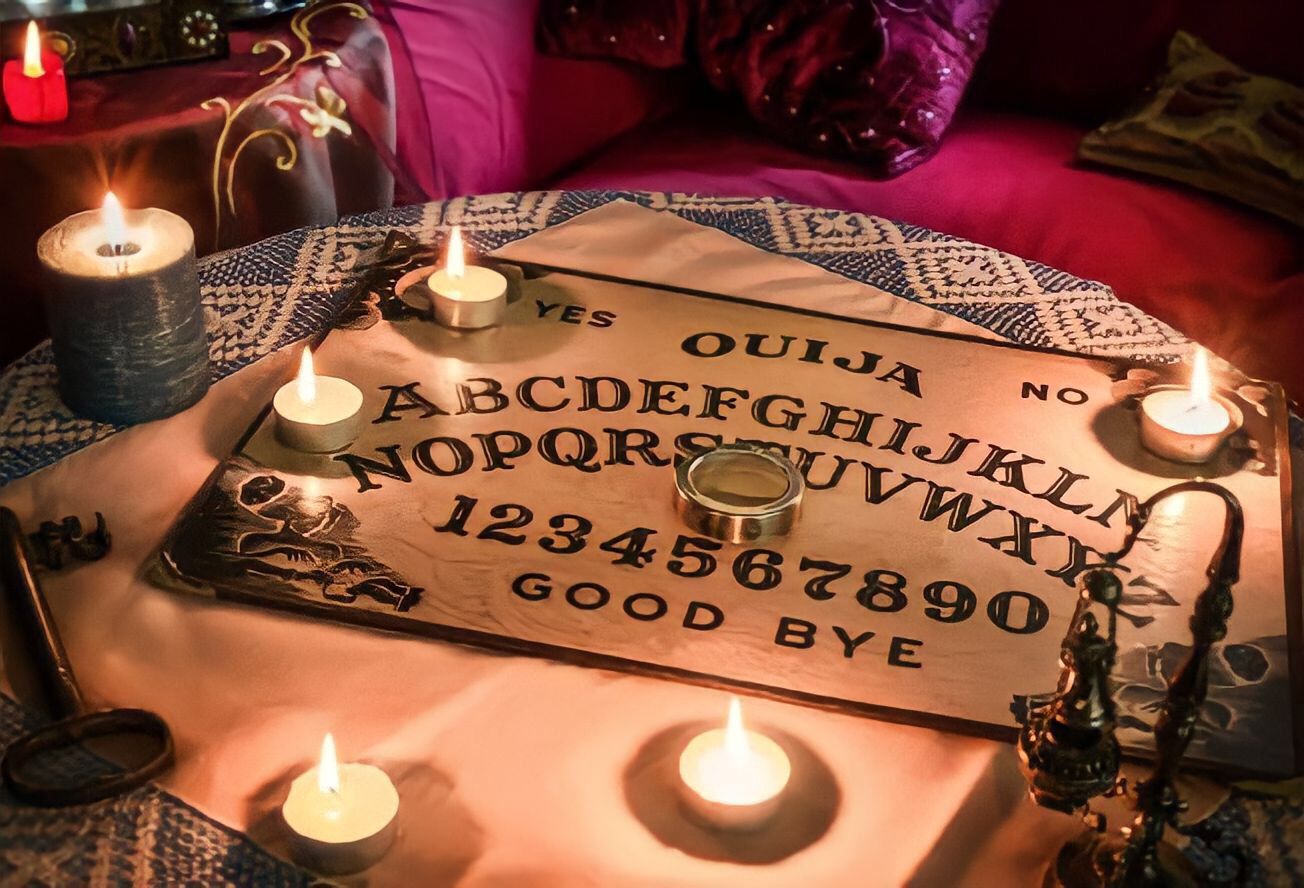 In essence, the ritual of communicating with spirits through an Ouija board consists of placing the hands (of at least two people since it is inherently more dangerous to play alone) on a small platform that is moved slowly over a board by some mysterious force. The board is inscribed with numbers from 0-9 and letters of the alphabet. Answers are obtained by asking a question and waiting for the spirit you are communicating with to move the platform to form the solution. Of course, it's more challenging than just asking questions in the air.

To conduct a safe seance, one must follow a few rules at the end of each session, or one can run enormous risks. It is important to announce to the spirit when the "game" is over. You should thank it and show respect for helping you with your questions, although this does not guarantee that the entity is ready to stop "playing." It may happen that it does not stop responding and wishes to remain to "help,” which may cause unexpected or dangerous results with evil spirits or cause one of good essence to become upset.

Ouija boards have always posed uncertainty within spiritual communities as an "easy" and "accessible" way to communicate with spirits. Since, according to Wiccan culture, hearts, and communication with them, are undoubtedly genuine, doubts remain within the religion about the morality of using these instruments. People tend to gravitate to these because it is a quicker method.

We can constantly see Ouija boards depicted in horror movies as direct passages to a bad experience. Still, people with a more profound knowledge of the subject can tell you that they are one of the most powerful tools of the occult. Of course, while expressing one’s view on this, it is necessary to keep in mind the thirteen principles of Wicca, which center around the concept of being one with nature and practicing peacefully without hurting anyone. It is technically allowed as long as no one gets hurt (although one can never be sure of this).

What makes Ouija unstable? The rules clarify that spirits will likely lie to gain the user’s trust. In this way, they can lead someone to release them without knowing who they are dealing with and thus possess innocent bodies with evil intentions. The entity can escape if the pointer slips off the board and breaks contact.

We can see this in a specific example from 2014 in San Pedro, in the province of Buenos Aires, where several girls at a sleepover decided to play Ouija, which led to the possession of one of the girls who was not participating. She began to speak with a different voice and to swear. After this, she was exorcised by Father Manuel Acuña, who said: "this is not a game, but a technique of access to various spiritual levels that generally touch the lower astral. I do not recommend it because it opens spiritual doors, which we do not know what it can trigger".

There are several alternatives to these boards that are much better. For example, suppose one has the gift of the medium (i.e., being able to communicate freely with others who have already passed on to another life). In that case, one naturally does not need any instrument to accomplish this. There are numerous ways mediums say they can facilitate "conversations" with the deceased. Some choose to be possessed, acting as a vessel for those spirits who need a human form to communicate and share the experiences of those on both sides of the veil. Others can interact with spirits as clearly as they do with the people they deal with daily.

Another form of communication is the Akashic records, which connect the self to the Whole through reading about the past, present, and future. Through these readings, your guides will answer your questions, which can be the people you want to contact. These are preferable to the Ouija board because their connotation is entirely positive: the information received is always intended to help us become aware and evolve, and the Records are designed to help us understand who we were, who we are, and who we can become.

Another alternative may be to communicate through the use of a pendulum. Pendulums have been used in magic and divination practically forever. They are a straightforward method to help a person get information. That's all it is: a small weight suspended by some ribbon-like object, although it is usually a thin chain. To achieve a connection to the afterlife, you must first clear your space and cast a circle of protection by focusing on the five elements: air, water, earth, fire, and spirit. You concentrate on the questions and read the direction in which the pendulum swings for answers. Pendulums are one of the most accessible divination tools for a new witch to use, and they can be instrumental in several ways.

Ouija boards are unnecessary since there are more complete, controlled, and safe ways to do something; resorting to one is already quite controversial. If we look at the consequences of each method, it is easy to realize that it is not worth experimenting with one of these boards because of all the bad things that can happen. Having a lot of experience in the occult is crucial to avoid an unpleasant situation when communicating with the dead, and the world can only take so many more of those.

The Botanical Witch: A Generational Witch With A Knack For Plants

Paganism: Recounts of a Modern Witch