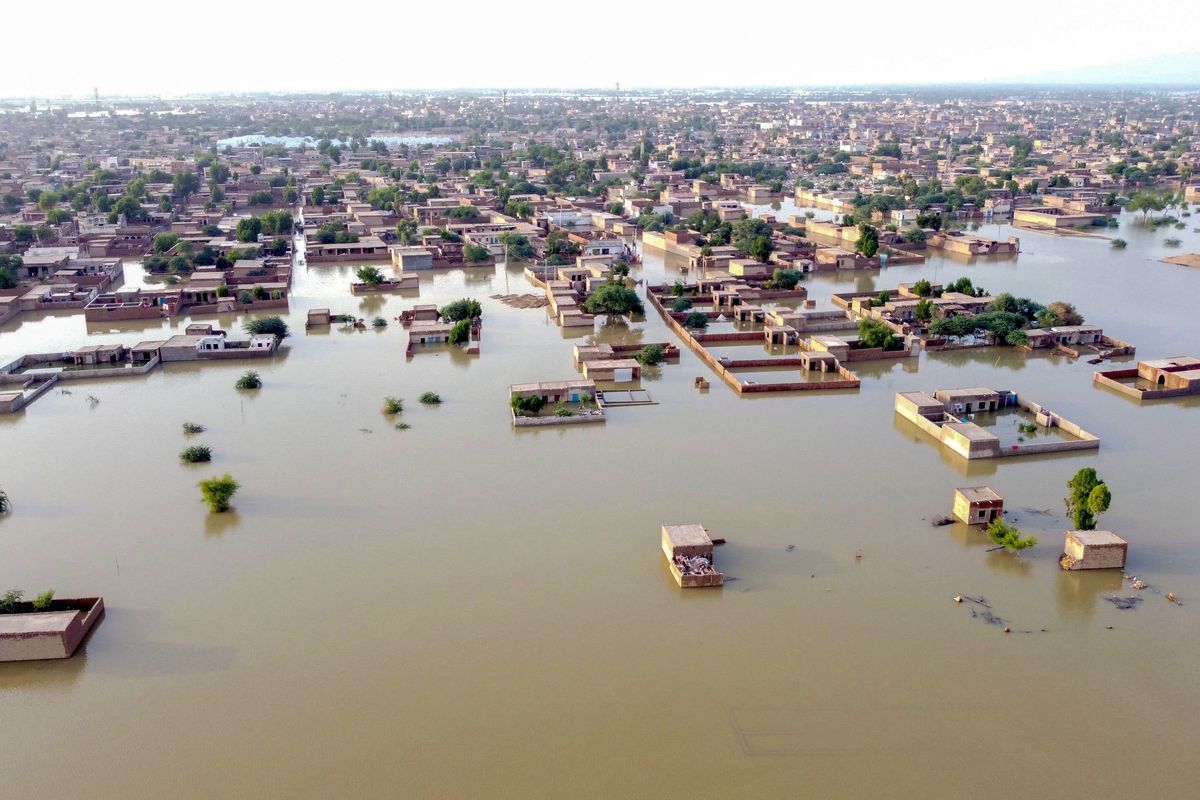 About 33 million people have been displaced by the flooding in Pakistan, with over 1,000 having lost their lives, according to the India Times. Roughly a third of the whole country is underwater, and the cost of damages is estimated to be around 30 billion USD. This estimate far exceeds the 17-18 billion USD projected by the government with support from the provinces.

Damages to agriculture have been monumental, with the destruction of 8.25 million acres of crops being destroyed, decimating cotton and rice and wheat being under threat.

Despite these unprecedented rains and floods starting in June, news of the disaster only began to gain real traction around the end of August, through social media websites such as TikTok. People from in and out of the country have been posting to these websites to spread awareness and beg for aid.

Joining in with the pleads for aid and action is United Nations Secretary-General Antonio Guterres, who has begun to ask the international community for help during his two-day visit to Pakistan. He directly pins climate change as the culprit, stating there was “no memory of anything similar to what has happened with the impact of climate change in Pakistan,” and he is absolutely right in this assessment.

What is happening right now in Pakistan is horrifying, and it is the precedent that future natural disasters will follow. Last month, I wrote an article reporting on a recent study finding that a “megaflood” is bound to hit California within the next couple of decades, creating an inland sea to form with damages estimated to be at over 1 trillion USD. Pakistani climate scientist Fahad Saeed has confirmed this much, telling BBC News that “the scale of the floods is so high and the rain is so extreme, that even very robust defences would struggle.”

The theoretical tragedies implied in that report are the current realities in Pakistan, and it feels unreported outside of social media and a handful of articles despite being one of the alarming indicators of the direction our world is going in thanks to climate change.

Pakistan might be the fifth most populated country in the world, with over 200 million residents, it is responsible for less than 1% of carbon emissions while being one of the nations most vulnerable to their consequences. The United States, for comparison's sake, is responsible for about a quarter of all fossil fuel and cement emissions from 1750 to 2020, China around 15%, and Russia at almost 7%.

Even worse is the silence from the broad global community on this disaster when it has come to aid. While countries such as the United Arab Emirates have been generous in sending out supplies, the aforementioned UAE has sent 26 planeloads of aid, making up about half of the nearly 60 total planes sent by U.N. agencies and other nations.

To put things more bluntly, the countries that have caused the suffering in Pakistan are the ones doing the least to help, and that is appalling in my opinion. Guterres sums it up pretty well, saying that nations who “are more responsible for climate change…should have faced this challenge,” before adding, “We are heading into a disaster. We have waged war on nature and nature is tracking back and striking back in a devastating way. Today in Pakistan, tomorrow in any of your countries.”

His words are chilling, but ring true as a harrowing reminder of the world we are entering while ignoring the pleas of those living in this new reality.

Besides the planeloads of supplies already flying into the country to give aid, several countries and organizations have pledged money dedicated to contributing. The United States has stated it is part of a 30 million USD assistance package and USAID announced another 20 million USD will be pledged for humanitarian efforts. Still, this is a far cry from the 30 billion USD Guterres estimates will be needed for Pakistan to recover from the floods.

Other organizations such as UNICEF and Muslim Aid Pakistan have opened up options for the public to donate towards aid relief. This source of funding is a great way to spread the word about what is happening, as well as help, but any amount everyday people can give pale compared to how much the countries most responsible for the conditions that led to the flooding in the first place can give.

Climate change is no longer some distant fear that can be put off by the wayside. It is here, and it is terrifying witnessing how many people are already suffering because of actions from others they had absolutely no control over.

If you want to help the people of Pakistan, find a charity that you trust who is hosting donations and give what you can because the people need it.

Image was shot by Fida Hussain and was taken from Vox.