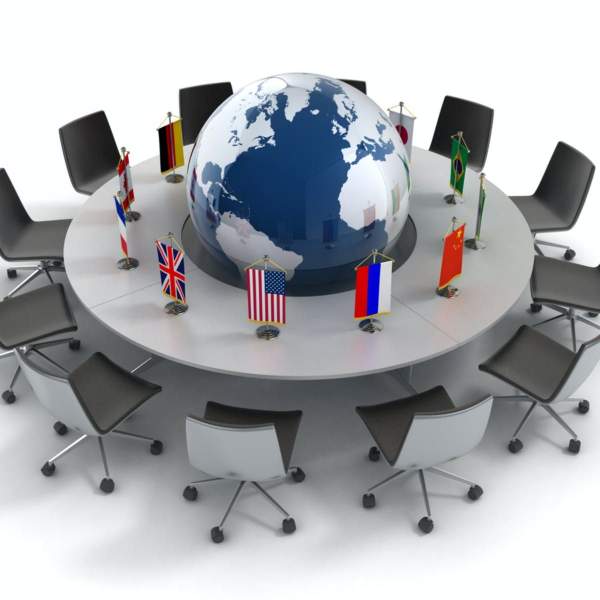 The history of the Ukraine-Russia crisis is much older and complex than many of us might have expected. It goes back to the time during and after second world war when NATO came to exist.

NATO stands for North Atlantic Treaty Organization. According to Britannica, it is a military alliance established by the North Atlantic Treaty of April 4, 1949, which sought to create a counterweight to Soviet armies stationed in central and eastern Europe after World War II. The heart of NATO is expressed in Article 5 of the North Atlantic Treaty, in which the signatory members agree that an armed attack against one or more of them in Europe or North America shall be considered an attack against them all; and consequently they agree that, if such an armed attack occurs, each of them, in exercise of the right of individual or collective self-defence recognized by Article 51 of the Charter of the United Nations, will assist the Party or Parties so attacked by taking forthwith, individually and in concert with the other Parties, such action as it deems necessary, including the use of armed force, to restore and maintain the security of the North Atlantic area.

When and how did the problem begin?

When NATO began its eastward expansion, the problem started. The first round of enlargement took place in 1999 and brought into the Czech Republic, Hungary, and Poland. The second occurred in 2004 when Bulgaria, Estonia, Latvia, Lithuania, Romania, Slovakia, and Slovenia became its members. Russia complained about the expansion from the start. The issue began when at its April 2008 summit in Bucharest; the alliance considered admitting Georgia and Ukraine too. As prior to that, none of the countries added to NATO shared a direct border with Russia. But adding of Georgia and Ukraine to the alliance was seen as a security threat by Russia.

“In the end, NATO’s members reached a compromise, and the alliance did not begin the formal process leading to membership, but it issued a statement endorsing the aspirations of Georgia and Ukraine and boldly declaring, “These countries will become members of NATO.” Moscow, however, did not see the outcome as much of a compromise.” ("Why the Ukraine Crisis Is the West’s Fault", by John Mearsheimer)

“The NATO expansion continued with Albania and Croatia becoming members in 2009. The EU, too, has been marching eastward. In May 2008, it unveiled its Eastern Partnership initiative, a program to foster prosperity in such countries as Ukraine and integrate them into the EU economy. Not surprisingly, Russian leaders view the plan as hostile to their country’s interests.”

“The West’s triple package of policies—NATO enlargement, EU expansion, and democracy promotion—added fuel to a fire waiting to ignite.”

Most liberals favoured enlargement, including many key members of the Clinton administration. They believed that the end of the Cold War had fundamentally transformed international politics and that a new, post national order had replaced the realist logic that used to govern Europe. The aim, in essence, was to make the entire continent look like western Europe.

Other analysts allege, more plausibly, that Putin regrets the demise of the Soviet Union and is determined to reverse it by expanding Russia’s borders. According to this interpretation, Putin, having taken Crimea, is now testing the waters to see if the time is right to conquer Ukraine, or at least its eastern part, and he will eventually behave aggressively toward other countries in Russia’s neighbourhood. This argument falls apart on close inspection. If Putin were committed to creating a greater Russia, signs of his intentions would almost certainly have arisen before he was bent on taking Crimea, much less any other territory in Ukraine. Even Western leaders who supported NATO expansion were not doing so out of a fear that Russia was about to use military force. Putin’s actions in Crimea took them by complete surprise and appear to have been a spontaneous reaction to Yanukovych’s (Yanukovych was a pro-Russian Ukrainian President, who was ousted from his post during the Ukraine revolution of 2014) ouster.

Although it was said that “all options are on the table,” neither the United States nor its NATO allies are prepared to use force to defend Ukraine. The West is relying instead on economic sanctions to coerce Russia into ending its support for the insurrection in Ukraine.

Ukraine was one of the cornerstone of the Soviet Union. After Russia, it was the most populous state with an important centre for agricultural production, defence industries and the military. Its decision to separate from the Soviet Union in 1991 was a strong blow to the ailing superpower. After independence Ukraine has sought greater European integration, which has made it difficult for Kiev to maintain its ties with Russia.

Hence, Russia has deep cultural, economic and political bonds with Ukraine. Ukraine also has a lot of Russian-Speakers and ethnic Russians. Ukraine is important for Russia from the point of view of international diplomacy and thus it is important to not let it fall prey to western thinking and policies. It also has a very practical present geopolitical importance because of their shared borders. But it is understood that “Ukraine has an ancient connection with Russia, which is especially important for Russian nationalists, who see it as a vital and eternal component of the greater Russian empire. Russian nationalism has seen a dramatic rise in the last few years, cultivated by President Vladimir Putin, who has used this to distract Russians from their tanking economy and his tightening authoritarianism.”

A Vox article quoted, “A special bond with Ukraine, and perhaps even the reacquisition of Ukraine, is in the Russian nationalist view not just about historic links but about reacquiring Russia’s rightful place as a great power. It is also about righting the injustices of the Soviet Union’s collapse, which they see as having left Russian territory and many Russians under the control of an unworthy Ukrainian government.”

It is also because of the above-mentioned reasons that the U.S. and other European nations wants to include Ukraine in NATO or a more westernised world to prevent Russia from gaining power and expanding its territories as they fear once, one occupation becomes successful it might get difficult to stop Russia later on. But isolating Russia from global diplomacy does not appear to be a strong enough action to deter it from moving forward at the moment.

Is expansion of NATO breaking of a promise?

NATO never officially signed any agreement to confirm that it would not expand. There is an “open door policy” which is included in the Article 10 of NATO’s founding treaty which says, “any other European State in a position to further the principles of this Treaty and to contribute to the security of the North Atlantic” can apply for membership. Decisions on membership are taken by consensus among all Allies. No treaty signed by the United States, Europe and Russia included provisions on NATO membership.”

Mikhael Gorbachov, the former president of Russia, said in an interview, ““NATO expansion” was not discussed at all, and it wasn’t brought up in those years. I say this with full responsibility. Not a single Eastern European country raised the issue, not even after the Warsaw Pact ceased to exist in 1991. Western leaders didn’t bring it up, either. Another issue we brought up was discussed: making sure that NATO’s military structures would not advance and that additional armed forces from the alliance would not be deployed on the territory of the then-GDR (German Democratic Republic) after German reunification. Everything that could have been and needed to be done to solidify that political obligation was done. And fulfilled. The agreement on a final settlement with Germany said that no new military structures would be created in the eastern part of the country; no additional troops would be deployed; no weapons of mass destruction would be placed there. It has been observed all these years. So don’t portray Gorbachev and the then-Soviet authorities as naïve people who were wrapped around the West’s finger. If there was naivete, it was later when the issue arose. Russia at first did not object.

The decision for the U.S. and its allies to expand NATO into the east was decisively made in 1993. I called this a big mistake from the very beginning. It was definitely a violation of the spirit of the statements and assurances made to us in 1990.”

What is the way forward?

It is a question that is difficult to answer and no one seems to have a definite answer to it. Depending on who’s side one is on or from what point of view you are viewing the situation, you are likely to have one or the other opinion. But certain facts that are indisputable are that this would come to be known as a milestone event in global diplomacy. Depending on the outcome of the current scenario, the world order can change. The other thing is, a reworking and reorganising of the international institution needs to be done in order to check their efficiency. The important question to ask is, do these institutions actually want to maintain global peace or are these used as aids by certain powerful countries to fulfil their agendas in the global power game? The other important thing to not do is that this attack should not be a surprise in any way and it should not be taken as an unintimated one either. A point to ponder upon is between this ideological fight between Russia and the West, who is it that is actually suffering, being killed and displaced from their home? Who is it that actually has to pay the price in these high stakes policy games?