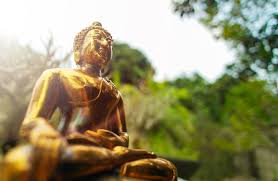 Religion is a personal or institutionalized set of religious attitudes, beliefs, and behaviors devoted to God or the supernatural.The lives, teachings, and beliefs of a historical or archetypal figure are frequently used to inspire religions (e.g., Christ, Buddha, Moses, Krishna, Muhammad). Oral tradition and written texts have passed down the specifics of their lives as holy or highly evolved beings across the ages. These characters are the focus of worship and devotion, and they serve as the foundation for a community's religious rites and ceremonies.

Formal religion is frequently an objective encounter. In other words, the externals are frequently more important; Worshiping places (e.g., a church), Scriptural books, Rituals that go on forever, Observances. This is the same as object-referral when you focus your attention on the items in your environment.

The organization of religion is one of its defining characteristics. It is an organized, typically rule-based framework that controls the behavior of its members to some extent. The organized framework that holds the religion's distinctive belief system is made up of moral principles, regulations, and doctrines, as well as special codes and criteria. This isn't always a big problem. The rules and beliefs of organized religion helped to give society a sense of certainty in prior, more uncertain eras and guided and comforted individuals who lacked faith.

Tradition, ritual, faith, and doctrine are all deeply embedded in religions by their very nature. This is understandable because all faiths want the substance of their teachings to be preserved so that they can be accurately conveyed through history.

Traditional religious ideas, which are frequently founded on strict interpretations of important teachings, can generate an exclusive worldview that separates others who do not share their beliefs. This religious "in-group" mentality, unfortunately, can be used to excuse the exclusion of minorities or those judged unworthy of God's favor.

Religion is, at its foundation, a matter of faith. That is, unconditional acceptance of the religion's doctrines is required to believe in something. Religions, unlike scientific worldviews, do not require proof to support their assertions. You are taught to believe in God or the Bible as the infallible and ultimate truth of reality through religion. The route to ultimate salvation is taught to be acceptance and submission to the divine.

Religions can include a subtle (or not so subtle) undercurrent of dread woven into their teachings, despite their best intentions. Original sin, divine judgment, God's wrath, or eternal punishment can all generate a mental atmosphere of worry and anxiety about your worthiness and if your acts will result in divine retribution or karmic punishment. Your afterlife fate can hover in the background of your mind like a specter, subtly influencing your thoughts and conduct.

Spirituality, on the other hand, denotes a sense of belonging to something bigger than yourself, as well as a reverent and sacred approach to everyday life. Spirituality is frequently founded on the practical application of the founder's teachings.

Spirituality, contrarily, emphasizes self-referral or the internalization of your soul's awareness. Spirituality is an internal journey that includes a shift in awareness rather than a physical action. As a result, spirituality is about inner knowledge rather than external worship. This isn't to imply that worship isn't an element of spirituality; it's just a question of where the dedication and adoration should be directed.

Spirituality is unencumbered by the constraints and rigid structure often associated with traditional religion. The spiritual seeker realizes that he or she is on a self-discovery road that is "pathless." They are following their inner call to the spirit rather than a set of external laws. In this regard, spirituality can feel like a rebellious act of going alone and leaving the tribe.

Spirituality frequently promotes an evolving perspective rather than a completely orthodox approach. This refers to a more adaptable and flexible attitude toward the main teachings of the great wisdom traditions, as well as the realization that spiritual growth is an evolving process, as the term implies. Spirituality welcomes change and consciousness evolution. As individuals, cultures, and the world progress, spiritual practice changes concepts and perceptions.

There are no divisions in spirituality. Rather, it advocates for a more open-minded approach. No one is left out of the understanding that pure spirit is a unifying force. All gods and goddesses in disguise are part of the universal hologram.

Spirituality does not devalue faith; yet, it frequently places a greater emphasis on direct encounters with the soul or divine. Meditation, yoga, solitude, and contemplation are spiritual disciplines that allow you to make conscious touch with more expanded levels of consciousness, allowing you to confirm the teachings via experience rather than faith alone. You know something because you have tasted it and allowed it to connect with you, rather than taking someone else's word for it.

Fear and worry are usually cast aside in favor of a more loving, compassionate approach to life—and death—in spirituality. It is a consciousness-based worldview that encourages all people to awaken to unconditional love and goodness. Your decisions and actions are motivated by a desire to alleviate suffering and create a world where everyone can live in peace and love.

Conclusion-Although there are clear distinctions between spirituality and religion, these comparisons aren't meant to be absolutes or to cast one against the other. How religious and spiritual beliefs are practiced are different. Each practice, on the other hand, serves as a vehicle for bringing you closer to the truth you seek. Whichever path you take, or a combination of the two is the personal and subjective expression of your waking journey.