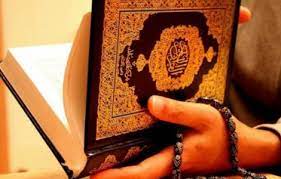 Debates on religion are one of the most controversial topics in our history. The importance that faith holds in many countries creates conflicting opinions in different geographical areas. But above all, the laws promulgated by the various states on the observance of religion and the relative respect for it are the focus of heated debates. Consequently, one aspect to consider in the light of various cultures is blasphemy. In 2022, in Iran, Afghanistan, Pakistan, and Saudi Arabia, blasphemy is punishable by the death penalty. Furthermore, of the 75 countries that penalise blasphemy, 32 are Muslim-majority. But beyond the laws that punish this crime, a sort of “private justice” intervenes.

In December 2021, Priyantha Kumara, a citizen from Sri Lanka, was lynched and burned in the street after being accused of blasphemy. In December 2019, Junaid Hafeez was sentenced to death for the same reasons as the lynching of Kumara. After this incident, Hafeez’s lawyer was killed. Two other high-ranking politicians who opposed the death penalty suffered the same fate. The commitment of the two politicians was part of the case of Asia Bibi, the first Christian woman to be sentenced to death for blasphemy. It is estimated that over the past 30 years, more than 1,500 Pakistanis have been accused of blasphemy and 70 people have been victims of lynching in the same time frame. The Asia Bibi episode sparked the interest of the international community. In Europe, the crime of blasphemy is administratively punishable in countries such as Italy, Germany, Spain, and Greece, just to name a few. On the contrary, the offence was repealed in Great Britain, the Netherlands, and Ireland. Obviously, the punishments induced for blasphemy are in no way comparable to those inflicted in Islamic countries.

In connection with this discourse, alongside blasphemy, there is another crime that is particularly relevant in countries with an Islamic majority, namely apostasy. It translates into punishments for those who leave Islam. This punishment was born with the intention of preserving integrity in the Islamic world under the observance of Sharia. In countries with an Islamic majority, apostasy is considered a serious crime and, in some cases, even punishable by the death penalty. Despite this, there are a lot of different interpretations of how apostasy should be considered. For example, in the holy book for Sunnis, Sahih Bukhari, we can read: “If somebody discards his religion, kill him.” On the contrary, a lot of Muslims affirm that in the Quran, there is no reference to killing apostates but punishment will be given by Allah once they die.

But, deepening this issue, one of the reasons for abandoning Islam is to be found in the very violent actions carried out by the extreme fringes of the movement. In fact, the wars and murders perpetrated by Isis and, previously, by Al-Qaeda have pushed many pacifists and religious people to quit their faith.

Therefore, the debate focuses on the extent to which blasphemy can be considered an offence or equivalent to freedom of expression. An interesting idea is given to us about the tragic events in Paris in 2015 with the help of Charlie Hebdo. The French satirical newspaper mocked the precepts and the Prophet. The reaction of ISIS has historically been catastrophic. Recently, and inherent in this episode, President Macron has emphasised the importance of “freedom of blasphemy”. His thinking revolved around the concept that criticism or derision is essential to avoid racial or discriminatory speech. Indeed, according to the French president, blasphemy does not offend the faithful and their faith, but criticizes religious aspects of that same faith.

In a certain sense, Macron’s opinion is hardly disputable, and I share his thoughts. Mutual tolerance also starts from the criticisms on which a debate is based. Criticism does not constitute an element of discrimination or derision towards the cultures or beliefs of others. But this concept is not shared by most Muslim-majority countries. This explains why the reaction was so violent.

Article 10 of the European Convention on Human Rights states that freedom of expression is total and the freedom to communicate thoughts must not be interfered with by public authorities. Again, the line is very fine. The main distinction focuses on the extent to which a person can share their doubts without offending the beliefs of others. The European Court itself distinguishes various hypotheses. In a recent case, E.S. v. Austria, this question arose.

During a convention, a woman accused Muhammad of paedophilia. In this case, the woman was found guilty of publicly denigrating the Prophet, basing her opinion on unsubstantiated theories. Her words were judged as “unjustified blasphemy”, as they aimed to discredit a fundamental figure on whom the cult of Islam focuses. Consequently, culpability was considered more relevant than the failure to protect religious peace with respect to freedom of expression.

This historical case is very useful for us to understand to what extent it is legitimate to conceive of blasphemy as freedom of expression and where not. Freedom of expression is permitted if it does not discredit, insult or create dangerous prejudices against the beliefs of others. Even in this situation, the Constitutional Court acted rationally. Deliberating any kind of blasphemy would set a dangerous precedent for the goal of peaceful coexistence in the religious sphere. Blasphemy can be accepted when it is constructive, a source of debate; not when you aim solely to offend a religious group.

In a complex context like the one we are facing, there is an objective fact. The international community should propose negotiations as soon as possible with countries that punish blasphemy too severely. The death penalty constitutes a degrading treatment. As we have also noted, the crime of blasphemy takes on various shades. Framing crime perfectly is complicated and often subjective. In countries with an Islamic majority, religion plays a fundamental role and a theme of conflict, especially where there is the presence of extreme groups. Apostasy itself is a behaviour to be considered normal in a person’s life. The tragic consequences are to be considered totally inhuman, and contrary to the precept of the same Islamic communities that ask to peacefully profess their beliefs and not to be discriminated against for their religious affiliation.

Apostasy: a Sensitive and Controversial Argument