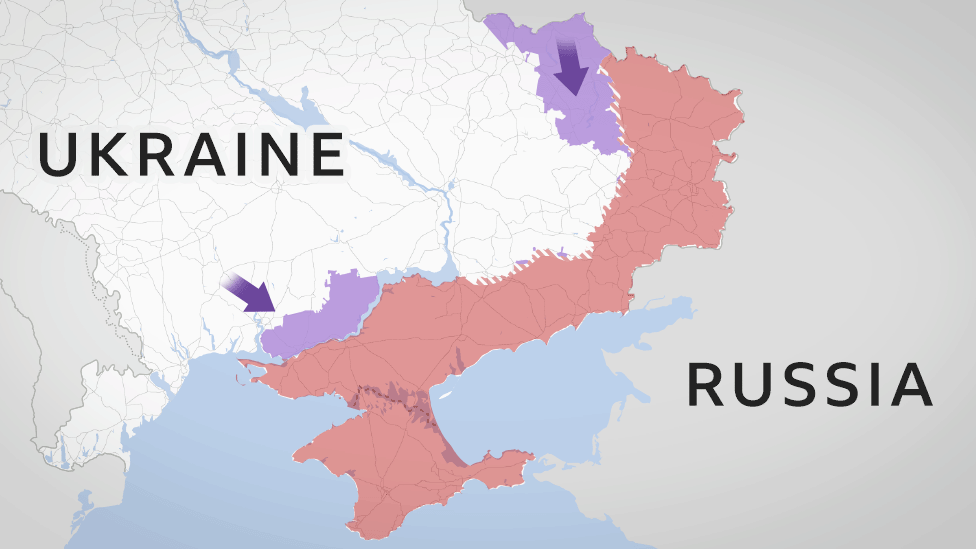 Russia's war aims in Ukraine were initially apparent in the beginning when Russia attacked Ukraine back in February 2022, but now that is not the case. It is unclear to what end Russia is fighting, and according to Vladimir Putin, this war is now a "long-term process."

Their plan is now to be on the offensive side and be deadly in their attack to destroy the infrastructure of Ukraine. Russia wants to push Ukraine to the brink of its resistance and plunge the country into the darkness of this freezing winter.

Ukraine is a proud independent state and nation. Their resilient character showed in the way they defended their sovereignty and are still doing so. Not recognizing and acknowledging their resilience was one of the gravest mistakes made by Russian authorities. By now, Russia doesn't want to admit the humiliating defeat and has become clumsy in its plan of attack.

Vladimir Putin also failed to gauge the appetite for his nation's war. According to the polls that the Russian state security agency secretly conducted, the last few weeks' data showed that only 25 percent of Russians were in favor that the war should continue. On the other hand, 55 percent wanted to have peace talks.

When Russia first attacked Ukraine, it had the support of 80 percent. This suggests that Putin is losing his dominance over his people and the information space. According to recent findings, Russians are now in line with the world's most significant users of virtual private networks. Previously Russia had complete control over the state censorship of the internet. Honest accounts of what is going on in Ukraine are now being broadcasted inside Russia.

A different kind of politics is at play here. Russia might have lost some of its dominance and control over the nation; however, that does not weaken the position of Vladimir Putin. The autocratic leadership and its differences with the people are apparent; it will be essential to notice how the relationship between the two will progress in the coming months.

Russia banned the sale of oil to some countries to counter the sanctions being imposed by the western nations at the behest of the United States. However, Russia is setting maximum discounts to cover the price cap imposed by the western authorities. The United States and Russia are not interested in taking this war to the negotiating table, while the United Nations is continuously urging to have a ceasefire diplomacy to end this war that is now close to being fought for a year.

According to an 858 bn dollar defense plan unveiled last Tuesday, the US legislators also agreed to provide Ukraine with an additional 800 million for security assistance for the following year.

Russia's closest ally Belarus was used as a platform by the Russian troops in the initial invasion of Ukraine on 22nd February 2022. According to the reports of a state news agency BeITA, Belarus recently announced that it is moving its troops and military equipment, citing "counter-terrorism threats."

The European Union increased the pressure on Russia by adding another 200 individuals and entities to the sanctions list, including members of the Russian parliament and industrial defense companies. This is now the European Union's ninth package of sanctions. These measures aim to cut Russia's access to drones directly and through third-country suppliers like Iran. Russia planned to use this winter as a weapon, and these measures plan to counter it. Putin intends to disrupt electricity, heating, and water supplies for Ukrainian civilians. These new measures help Ukraine in this case.

The infrastructure of Ukraine was severely damaged by the Russian missile strikes causing a "significant deficit" in the country's power system. This led to Ukraine limiting its consumption for the future. Ukraine is working to restore the damage to its infrastructure. The situation is improving, according to Ukrainian president Zelensky, but it still has a long way to go before reaching maximum capacity. Russia, on the other hand, plans to cause more damage to Ukrainian infrastructure. The goal is to cause as much significant damage as possible.

Ukraine is trying to increase the generation and supply of electricity, and more volume is being added each day, but it will require a lot of time to reach 100 percent capacity. Therefore, Ukraine urges the world to help them in this war against Russia to protect its sovereignty and nation.

Russia Vs. Russians: Who Are We Against?

Missile Testing Ramps Up Tension Across the Korean Peninsula