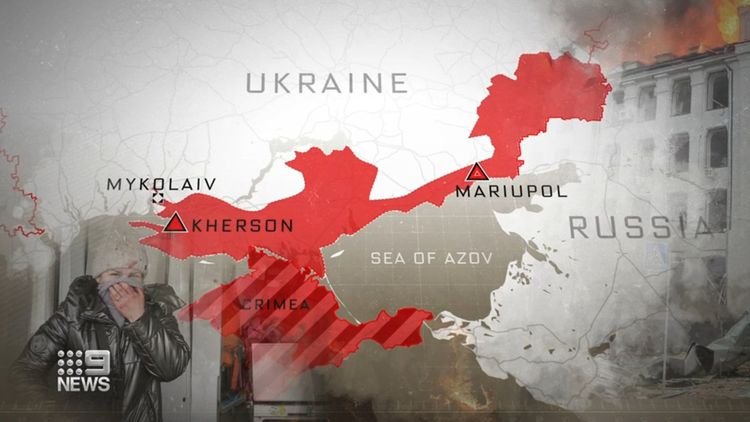 The Ukrainian president Volodymyr Zelensky first announced his peace plan at the November summit of 20 (G20) countries. Since then, he has been supporting this peace formula and has been actively promoting it at all world forums. President Joe Biden of the United States has discussed this plan with Zelensky and has urged all other nations to hold a global peace summit that essentially caters to this peace formula.

The first three points focus mainly on nuclear, food, and energy security. Europe’s most significant nuclear power is in Ukraine, called Zaporizhzhia, which Russia now occupies. Zelensky urges to focus on restoring it.

Moreover, Ukraine’s grain exports need to be protected and ensured they get to the world’s poorest nations. Price restrictions on Russia’s energy sources need to relax along with restoring Ukraine’s infrastructure, which has faced devastating destruction since the start of this war.

The following three points focus on the Ukrainian territory under Russian control. Ukraine wants to release all prisoners and deportees, including the war prisoners and children deported to Russia. Moreover, Zelensky intends to restore the territorial integrity of Ukraine according to the Charter of the United Nations, which is non-negotiable. The withdrawal of the Russian troops and restoring Ukrainian state borders with Russia must be made immediately.

Ukraine wants to establish a special tribunal that will prosecute Russian war crimes against their nation along with the confirmation of the war’s end by a signed document involving the key participants.

Moreover, the prevention of ecocide and restoration of war treatment facilities need to be done, and the rising conflict needs to be quashed so that the environment of Ukraine can be protected from any future security concerns.

Lastly, the Euro-Atlantic space needs to include guarantees for Ukraine in its Security architecture.

The world has mixed reactions to it. Russia rejected outrightly rejected this peace proposal along with reiterating that it would not give up any land that is now part of the Russian territory. According to Russia, those territories are now annexed.

Zelensky has not lost hope and is resilient in promoting this peace proposal to the world. He has presented this proposal to French President Emanuel Macron and Indian Prime Minister Narendra Modi.

The western world has supported Ukraine throughout this war. It has been aiding the nation with billions of dollars to provide military strength and restore its infrastructure.

However, the approach of the western nations towards this peace plan has been more on the cautious side as opposed to the immediate support. Leaders have ensured Zelensky that they share the same vision towards Ukraine, which is essential to restore the country to its former glory and to be free from Russian devastation.

Zelensky met with Biden on his visit to Washington on December 22nd, 2022, regarding the global peace summit based on this peace proposal. Biden assured him that they all were on the same page. However, an immediate response to this summit is yet to be seen.

The G7 leaders said that they all hope to bring peace to war-torn Ukraine and want to follow the charter of the United Nations to establish this. According to Antonio Guterres, the Security General of the United Nations, the chances of peace talks and negotiations of any kind are minimal.  He predicted that the military conflict would still rage on and the world would have to wait for a moment in which serious negotiations and peace talks could be carried out calmly and orderly. The stakes are much too high, and the situation needs to be handled tactfully.

Ukrainian resilience is commendable and applauds worthy. The Nation is still firm in the face of Russian might and is led by a resilient leader. Although it is about time that world leaders move towards solving this crisis and establishing peace.