The Slippery Slope to Misguided Feminism 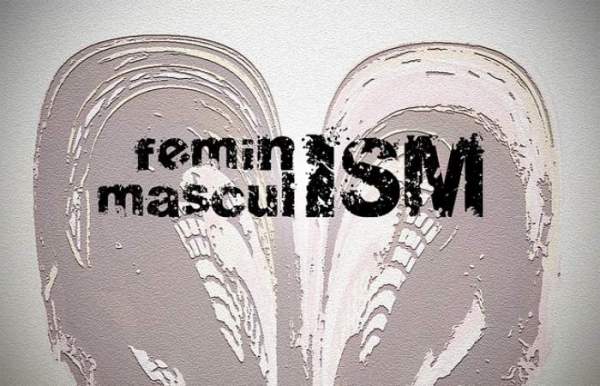 Advocation for gender equality and rights have gained full momentum in the 21st century. Women have protested against the injustices pervading all domains of life—in the workplace, at home, at school on the streets. We have fought relentlessly to be treated equally before the law. Truly, we have come a long way.

While I laud the valiant and ardent efforts of my fellow 21st-century women and our predecessors who challenged sexist norms in society with unfailing awe and pride, I lament a factor hindering our steps towards equality—the “us against them mentality”.

Yes, feminism is a woman’s cause. We fight for our rights, dignity, recognition as equals to the opposite sex. We advocate for the aforementioned with downright fervour. We aspire for an equal society—social equality and equal rights for all. We do not want to be painted with a broad brush, to have stereotypes hastily imposed on us before we can prove our worth at something, to be chastised for taking on roles conventionally prescribed to men by societal norms. We do not want any of that. But when the roles are reversed do we practice the very ideals we advocate? Do we challenge the stereotypes and expectations imposed on men by society? Do we support men who take on roles conventionally and traditionally prescribed to women?

While I agree that misogyny is the bane of every feminist’s existence, we have to remind ourselves that men and sexism can be mutually exclusive. They don’t always go hand in hand. While it is not the perception of every woman, there is a staggering number of women who hold the view that all men are sexist. That they all have to be fought against. We cannot paint all men with a broad brush, assuming that they harbour sexist perspectives or that they view the fight against gender inequality with utter disdain and apathy. To do so is to contradict our very own values and aspirations. We cannot try to challenge traditional roles forced on women while also imposing traditional roles on the opposite sex. We women support the feminist movement, but sadly we tend to perpetuate various social norms imposed on men that perpetuate sexism in our society. For instance, viewing emotional men as weak, downplaying male sexual abuse, ridiculing men who have feminine qualities. Let us not be misguided by a misguided hatred for the opposite sex.

Both sexes have an important role to play in the eradication of sexism. By turning a blind eye to such double standards, we allow ourselves to wallow in a cesspool of shameless hypocrisy. I believe that excluding men hinders our aspirations. We have to recognize that both sexes experience great disadvantages and injustices in different areas. We have to work against double standards against both men and women. Through this, we can achieve true equality. Now, I’m not trying to erase the plight of women in this society. I am saying that, in the fight for gender equality, we need to include all of humanity in the conversation, and this humanity includes men. Boys and men need to be included in the conversations. Men also need to be encouraged to condemn sexist behaviour. Sometimes in the quest to empower our young girls, we leave the young boys behind. They also need to be taught how to coexist with this new generation of outspoken women—not to view them as ‘bossy’ or as ‘overly feisty’. We need to ditch these negative perceptions of strong and independent women. Young boys need to be raised to appreciate women and not see them as crazy, alien or as incomprehensible. There is a need for mutual respect. We all need to have a mindset that makes us appreciate successful and empowered women, and not to be threatened by them.

So instead of driving a wedge between the two sexes, let us together declare war on sexism. Just like our mothers, daughters, sisters, and aunts help us to empower women, out there there are men—fathers, brothers, sons, uncles—who are our allies in fighting the injustices against women. We can do so much better than merely attack the opposite sex, so much better than to simply engage in fruitless arguments that turn into screaming matches. We can together topple sexist notions and injustices all for the sake of peaceful coexistence. Feminism is not about trampling the other sex. Feminism is not about indiscriminately hating all men regardless of their viewpoint. Feminism is about uplifting women through equality. It is not ‘us against them’. It is all of us against misogyny, misandry and other forms of sexism. Feminism is about justice. And there is no justice in perpetuating double standards.

To successfully eradicate this then the both sexes efforts should be there, pulling the rope from one end not from both ends, a greater understanding about the same can easen the burden, everyone has a right to be taught and empowered and maybe leaning on one side May cause trouble on the other side. INSIGHTFUL

Global Citizenship: The key to a peaceful future