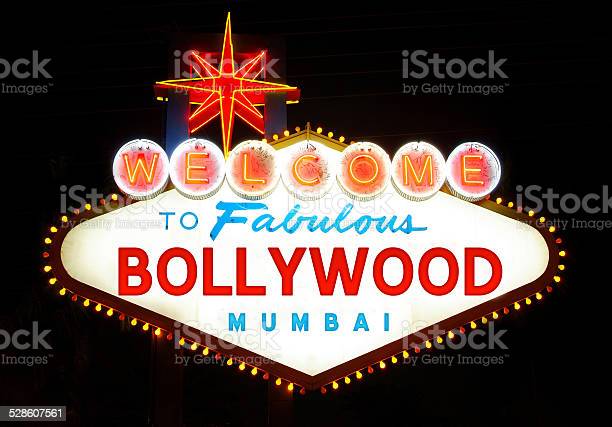 Gone are the days when Bollywood cinema was considered to be at the top of the Indian cinema hierarchy and was the only kind made in the mainland in Hindi and reached the nooks of Deccan India. The winds now seem to prevail in the opposite direction, not from north to south but from the south to north.

The south Indian films which were earlier dismissed as “regional cinema” are giving the Hindi film industry a run for its money. The south Indian movies and their actors are not only being accepted but also celebrated across India. The films are grossing more than the Bollywood ones.

The recent Telugu movie “Puspa-The Rise” Hindi, directed by Sukumar with Allu Arjun and Rashmika Mandana in lead roles grossed 96.75 crores in 7 weeks of its release, still attracting audiences to the theaters. A week after it was released, Ranveer Singh-Deepika Padukone’s 83 was also released on the big screen but couldn’t stand the storm of Pushpa. Movie experts have attributed the failure of 83 to its underestimation of Puspa as potential competition. This incident makes for an epiphany for Bollywood to mark the dates of Telugu Pan releases on the same calendars they mark theirs.

The Bahubali films are the pioneers of the Telugu film Industry’s Pan India phenomenon. Bahubali expanded and exploded the Indian cinematic Universe. The 2-part Telugu film was expected to gross high revenues in the south but it unexpectedly performed graciously in the Hindi speaking belt.

Not only did its star cast (Prabhas, Rana Daggubati, Anushka Shetty) become household names but its director SS Rajamouli became renowned for his spectacle too, across India. Before Bahubali, there used to be an argument that regional movies were limited in their reach because of the small pockets which finance them. But ironically, Rajamouli’s Magnum Opus film became the first Indian movie to have a 250-crore budget and earn profits double the investment laid.

It's not like Pan India films weren’t already in existence, but they were restricted to dubbing South Indian movies for the silver screen. They surely garnered high TRPs and acquired its fanbase.

But the culture now is experiencing a paradigm shift with the advent of OOT platforms. The OTs have led the Hindi belt to explore non-commercial movies across states. One such example is the consumption of Malayalam cinema in the OTs. They have become the most watched on Netflix and Amazon Prime and are even making it to the Oscars as official representatives of Indian Cinema.

The culture has changed from the occasional Dilwale Dulhania Le Jayenge being watched in a Tamil household and a Mani Ratnam film being watched by a Gujarati family on a Sunday afternoon at Zee-Max. Though The Dubb culture did its bid only in translating the original to Hindi (If the weird naming of the dubbed versions is forgiven), it created typecasts for South Indian cinema as the once with over the top, physics-defying fight sequences. This attitude has now been discarded. The South Indian films are receiving love for what they are and how they are.

“In the last decade, we slowly saw the gaps bridging. Today, we see everyone is familiar with each other. Shortly, the lines will be so blurred that you won’t come to know where the films are coming from,” said Allu Arjun, lead actor in Pushpa, to a reporter.

The negative lead in Puspa was played by Fawad Faasil of Malayalam cinema whose film “Joji” released on Amazon Prime Video a retelling of “Macbeth” received love from far and wide. This is one example of how language is no more a reason to segregate India’s movie streaming experience.

Many new projects are piquing the excitement of movie watchers which are being made by diverse hybrid teams, producers from Bollywood, actors from Tollywood, and vice versa. Karan Johar produced movie” Liger” will feature the Telugu actor and Arjun Reddy fame, Vijay Devarkonda. The long-awaited movie “Brahmastra '' starring Ranbir Kapoor and Alia Bhatt is said to have Southern actor Akkineni Nagarjuna in a significant role. The second part of the Kannada movie KGF, whose first part is said to have raised bars for Pan-India Cinema, will feature Sanjay Dutt in a pivotal negative role.

“Atrangi Re” is another such movie with a fusion cast. It stars Dhanush from Tollywood and Akshay Kumar from Bollywood as male leads. Dhanush in a promotional event said to a reporter,

“Initially, it was a phenomenon called Rajinikanth, the phenomenon became national, international. He has fans in Japan, like major fans there, he also has fans in Canada, the US, and everywhere. And after that, ‘Baahubali’ happened. They all set the trend. It made us believe that it is us who are restricting ourselves. It is a much bigger circle, we need to push ourselves,”.

Is this a threat to regional Cinema?

In the Pan-India projects made until now, only the marketing has been escalated to a wider audience while keeping the content true to its origin. The cinema being made regionally is being made available to people speaking the language or not through OOTs. The ones that are being released in 5 different languages through dubbing on the big screen cater to admirers of the regional cinema wanting to enjoy the film in a language they speak. There hasn't been any tampering to the content nor has there been any attempt to appropriate it as the remakes do. Therefore the demarcation of where a certain film has been made is perishing but not the regionalism in its content.

The future of Indian Cinema beholds many more such projects which would be viewed and made across territorial borders. Such films would have to combine star power with unrestricted budgets in both making and marketing. Indian cinema would stand united. The regional segregation in terms of the reach of a movie will decrease and acceptance of different kinds of content will skyrocket shortly.