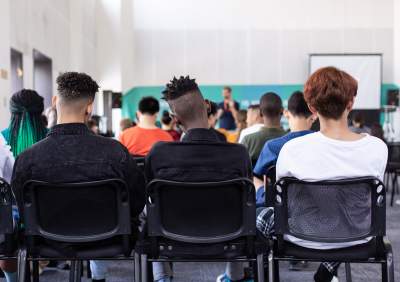 In this globalized world, social mobility is increasing, with more and more people moving from one country to another. One in four people in the UK is an immigrant, including international students. They come to the UK from other countries and study there regardless of all challenges.

In the article “Loneliness among international students in the UK (United Kingdom),” Anna, W. and Alion, M. conducted a survey in the UK. They found that nearly three-quarters of international students (72.13%) experienced loneliness. They tend to feel a strong sense of loneliness, especially during vacations in the host country. In one interview, one expresses that the feeling of missing ‘home and local traditions and a fear of ‘missing out on those family ties come strongly on holidays.

The materiality of mobility

Among the challenges international students face are the materiality of mobility, including engagement with “otherness” (Morley, L., Alexiadou, N., Garaz, S., González-Monteagudo, J. and Taba, M., 2018).  Marginson S. explains that international students constantly gain the skill of positioning themselves between their origins and the host country. Therefore, they can gain cultural flexibility and more independent autonomy but at the same time, they encounter cultural uncertainty and confusion.

Language is another determining factor in students’ integration in the host country. It provides identification among those who speak the same language, but conversely, for those who do not speak the same language, exclusion occurs. Speaking the language does not solely mean the ability to use it. It also includes what accents you have and your fluency level because of which one can easily be judged.

For those whose language acquisition is academic, it is challenging to articulate their feelings in English. When you read reports, you cannot tell the writer’s emotions easily, so you have no choice but to read it as a kind of fact so that it will be hard for them to “critically read an article”. People will feel lots of frustrations in different environments but cannot express them in a new language so they cannot share feelings in an efficient way with others (Shaheen, 2016.). Since people present themselves through language, the experience of having difficulty expressing thoughts and emotions can be unsettling, delegitimizing, and disempowering for them (Emily, 2018).

Money is another barrier. International students need to pay 2.5 times more tuition fees than the UK students need to get a decent score on English test (for example, an English test called IELTS can cost more than 170￡), VISA (about 420￡), plane tickets, and plenty of more things to pay. Depending on the place they come from, the inequality of currency value directly affects their burden.

In addition to fees, international students go through a long process of paper preparation. They will need to present a list of financial documents such as birth certificates, letters of guarantee, and bank statements.

The influence of pandemic

Additionally, the pandemic has had its effects on the acceptance rate of international students, making travel to and from the host country has become more difficult. In some countries, people are required to do self-isolation for 1-2 weeks after entering that country. They have to book hotels to isolate themselves are obliged to manifest a PCR test. Additionally, the decrease of international students has resulted in higher tuition fees for those who attempt to pursue their education abroad.

The obstacles posed by the coronavirus are not only for the current situation, but also for the future.

The connections of students between countries who are going to make the world from now on are cut. In the UK, according to Migration Observatory, the number of student visas issued dropped by half from 2019 to 2020.

Studying abroad will never be as easy decision to make.  They face loads of barriers, feel frustrated, and are vulnerable to situations to feel like an outsider

Though in the UK, the barriers between borders are going to decrease, the issue people need to tackle from now on is how to keep the connections through international students with other countries which have different ways of handling the pandemic. Still, some countries are neither opening their borders nor limiting the number of people entering countries. How to maintain relationships with those countries is another big challenge.

The Fungal Apocalypse - Is the world ready for another health threat?