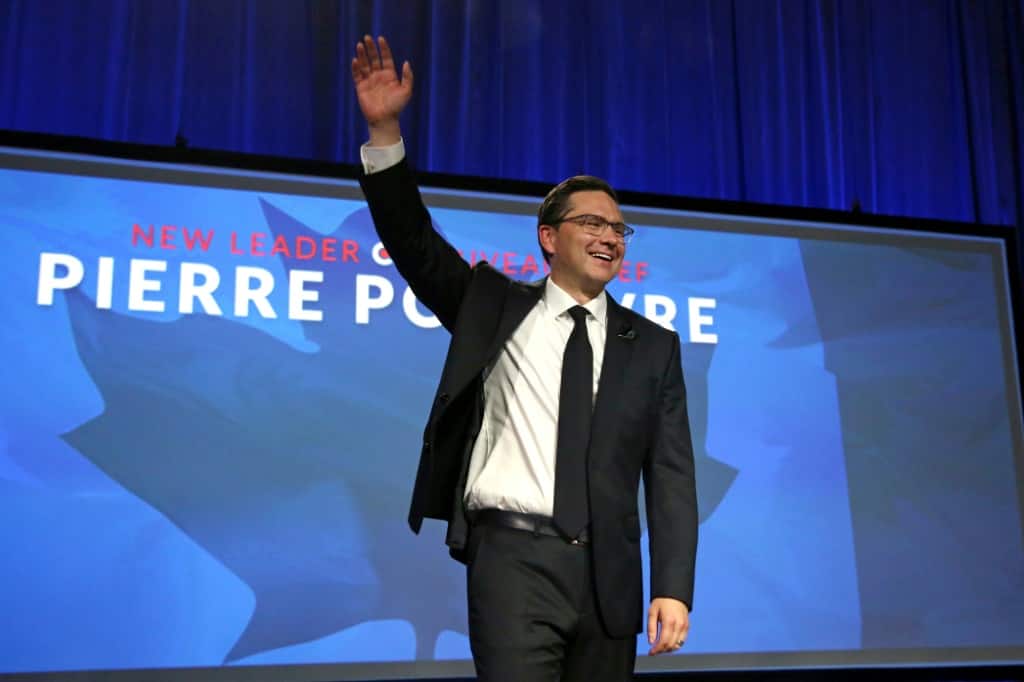 At the same time, Trudeau has already started to go on the offensive against Polievre. In a recent speech, Trudeau said, “Buzzwords, dog whistles, and careless attacks don’t add up to a plan for Canadians. Attacking the institutions that make our society fair, safe and free is not responsible leadership.”

He goes further and states, “In a world where our institutions are being threatened, where we face complex challenges, populism and other simplistic solutions are simply not the answer,”

It seems the Liberals aren’t going to sit back and take a beating from Poilievre’s Party. Instead, they will strike back fast and responsively against Poilivre’s antics and the Conservative’s attack strategy. If there’s one thing the Liberals get right, it’s being able to attack the Conservatives ruthlessly to win elections. That’s been their specialty for the past six decades. So if the Conservatives want to make a full-frontal assault on the Liberals with Poilievre, they better be prepared for war.

Both these parties are quite effective in the optics game, but looking at the historical context. The Liberals consistently edge out the Conservatives in PR, coordinated attacks, and messaging on which party is worse.

But that isn’t to say Poilievre has nothing going for him. On the contrary, his rhetoric on housing and the cost of living has been very effective at dealing a hefty blow to the Liberal's track record on affordability. I would say the Liberals are suffering damage from their lack of policy on commitments to the housing crisis. For the cost of living, inflation comes and goes; gas prices are down, and the Bank of Canada expects inflation to reign back to 2% by the end of 2023.

I expect the cost of living to be less of an issue by next year, but that isn’t to say that overall affordability issues won’t linger in the minds of Canadians once inflation settles down. Affordability has been an ongoing issue, even before record inflation; I don’t necessarily see how Canadians - especially low-income and marginalized Canadians - will just forget about affordability when they’ve already been affected by it for years before record inflation. Grocery costs, car insurance, housing, including rent and mortgage rates, general goods and services, and utility bills have long been on the rise. They have been a boon to marginalized Canadians for a long time. These people will not just forget about inflation once the magic 2% is achieved.

For Poilievre, these types of people will likely serve as a significant voting bloc, and he will likely compete with the NDP to gain the trust of these Canadians.

Issues like housing often top the charts for marginalized Canadians, young people, and those looking to live in an affordable home. If Poilievre is serious about housing affordability and supply, Canadians will look to him as a viable option (whether or not his policies actually deliver or not matters little). Thus for the Liberals, housing must be one of the top issues to tackle going forward so that it doesn’t become a substantial gaping blind spot in the Liberal policy playbook by the next election.

Poilievre also needs to hit home on the affordability crisis in Canada. He needs to ensure that affordability stays on the mind of Canadians for the next couple of years. However, he also needs to make sure that his rhetoric doesn’t get too extreme and that he sticks to the classic Conservative strategy of hammering the Liberals on affordability, housing, and the state of the economy. Any critiques outside of that, including abortion, Indigenous reconciliation, social values, healthcare, pharmacare, or any other social program or safety net, would instantly cause the Liberals to hit the Conservatives with a brutal swing. A swing would leave a bruise, and of which the bruise would be swung on like a target by the Liberals up to the next election.

Rather than be full of emotion, the Conservatives need to be methodical and effective in what they criticize. Stick to basics, I say, and hammer those criticisms that the Liberals are unwilling to budge on, including housing and affordability.

The Liberals can’t just bet on Poilievre being too “extreme” for Canada. They need to be proactive in taking him and his energized party down. What Trudeau said in his speech recently is a good first step, but his party needs to keep up that sentiment until the next election. The Liberals have to convince Canada that Poilievre is not fit to govern this country due to his viewpoints, whether from a policy standpoint or a rhetorical standpoint. The Liberals must prove their competency with good policy while simultaneously outmaneuvering Poilievre by pivoting to more grounded and responsible governance. Convince Canada that the Liberals are the only responsible party in Parliament and prove it with policy.  That would be the ideal Liberal strategy in my mind.

But to be fair, Trudeau knows this. He has already signalled his intent to run for the next election. Out of everyone else, he should know how important it is for him to prove himself to Canadians if he hopes to win again. And his political experience and activism were showcased in his speech and recent policy initiatives (childcare, pharma, dental, and social safety). Keep that up, and I won’t be surprised if Trudeau wins his fourth term.

Otherwise, Trudeau will be in a world of hurt from Poilievre’s impeding throat chop.