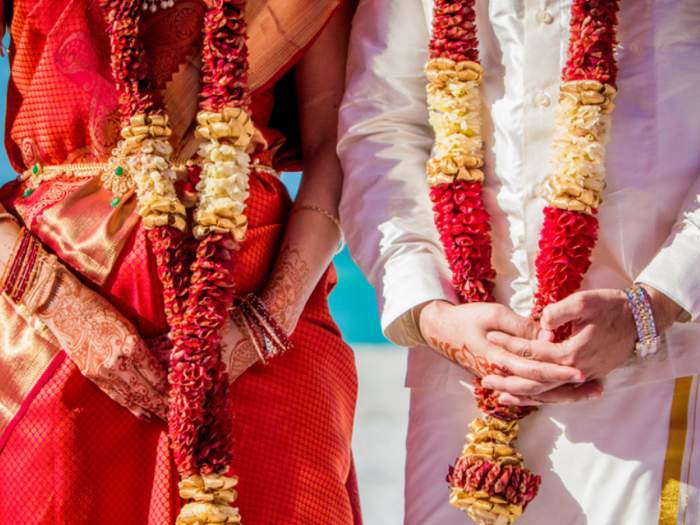 From the moment we are born, we are entitled to the right to live our lives in the way we like, in the way we please. In all the ways our guardians have the right to guide and torch the light to our way. But do they hold the manual to mechanize the major decisions we take? As a word, marriage is not as simple as it looks. When you ride your own car, you are least worried about its maintenance. But if you are rolling in a different car, with every corner turning in, you get worried about every possible risk you could confront. Here, your destination is farther, distant, and uncertain than the former.

The great Indian marriages are beautifully arranged. The decorated houses, colored functions, rhythmic events, aromatic buffets, and mesmerizing designer clothes, and dazzling jewels. They are incredibly arranged, in the sense, the functions, as well as the bride and groom themselves, are arranged. Many lives, living and dead, have had a beautiful history of love, patience, and tolerance, presented by the wedding knots arranged by their family. The evolution of wedding brokers to matrimonial companies and websites is indeed a promise to Indians who sacrilegiously believe in the sanctity of arranged marriages.

A majority of arranged marriages in India are a family business, extremely looking forward to wealth, glory, and name. In the age where caste and family reputation replace love and compassion, the concept of marriage just to fit into the institutional definition will not be an astonishment. The concept of arrange marriage derives from the very start of parenthood when the parental conscience shouts out to find a suitable bride or groom for their child. Indian definition for 'suitable' is pretty mercurial.

"Looking for a fair and beautiful bride who can look after husband and his family". Every local newspaper may hold one such sentence in a matrimonial ad. "strictly of the given caste", " slim and fair", "good cook", "homely" are usual tags the groom side uses to describe their dream bride. How bizarre? not yet. "non-feminist", "unemployed", "less educated than the groom" are some of the strangest qualities people want to see in their brides. The degree of degraded minds is not alongside the developing society. While "own a house", "government employee" are the demands the bride side put forward, the need to follow caste and religion will always be the heading to the ad. The personality and wits of a person have turned to rotten qualities in the era, crowned by social hierarchy.

The need of the hour is not addressing the matrimonial ads. But how these ads are promoting racist, sexist, and casteist ideologies. In cases, where love does not meet, the demands meet. These demands may first appear as qualities later as dowry.

According to a source, around 80% of the Indian marriages registered till 2015 are arranged. And around 98% of these marriages have dutifully respected the aspect of dowry. Even though dowry is illegal in India, it is exchanged in the name of family reputation, tradition, culture or as in most cases, dowry is obtained as it is labeled as the right of the groom. Even though the 1986 amendment to the Dowry Prohibition Act could not stop the heinous practice that sucks out the air for the brides who are immensely tortured for not paying dowry. Human trafficking legends may fall to their feet, knowing the price on the bride's head. Why wouldn't a girl child be a burden for the families rooted in a patriarchal society branched with the dowry system?

Atop of all, arranged marriages are viewed to be a successful partnership. A study claims that the credit does not go to the parents but the thousand-year-old stigma that adorns marriage as a heavenly institution that is not to be broken. Men and women tolerate and build the steps of patience to not disrespect their wedding rings or their ancestors. Why wouldn't be the 70% of married Indian women who are subjected to domestic violence including rape are still abiding by the institution named marriage? A good percentage of men who visit brothels are married and a fair amount of Indian men involve in adultery. In the eyes of society, they are well married, highly reputed, and a perfect family man. But what is he to the woman he tied the knot with?

Historically pointing out, arranged marriages were the only method to marry into the same social strata. People still fight over family disputes caused because of a marriage that allowed the inclusion of a person with a different caste or religion. Love marriages that turn a blind eye towards different castes or religions are often a welcoming call for honor killing. The 400 souls in the last 6 years lost their lives to one wrong decision they made - love marriage. Even though arranged marriage does not shade these murders, it indirectly gets involved because of its mere existence as the 'standard wedding rule'.

Most of the debates between love and arranged marriage heat up with the point that highlights India's low divorce rate as compared to developed countries like the US and European nations which do not have a way with arranged marriages. "American couples are more likely to divorce than Indian couples because they always fall into love marriages". Well, is it really because of love marriage or is it because they have seen divorce as a right to attain if problems arise in a marriage? "Log kya kahenge'?, isn't this motto that keeps Indians from maintaining such low divorce rates? If marriage is an institution so is divorce. If falling in love is a right, breaking up for good is also a right. This is what most Indians have failed to comprehend or something that they will never try to understand.

Arranged marriages can be trick or treat. As long as it blooms a family, cherishes it, and flowers forever, it remains a jewel. But when it restricts a human mind and body in attaining the right they are entitled to, they stay as nothing but a law that is unjust to the audience, passed by a court of inhuman morons following a conservative and non-humanistic ideology.

1 year, 2 months ago by Taniya