The Truth about the Buffalo Shooting 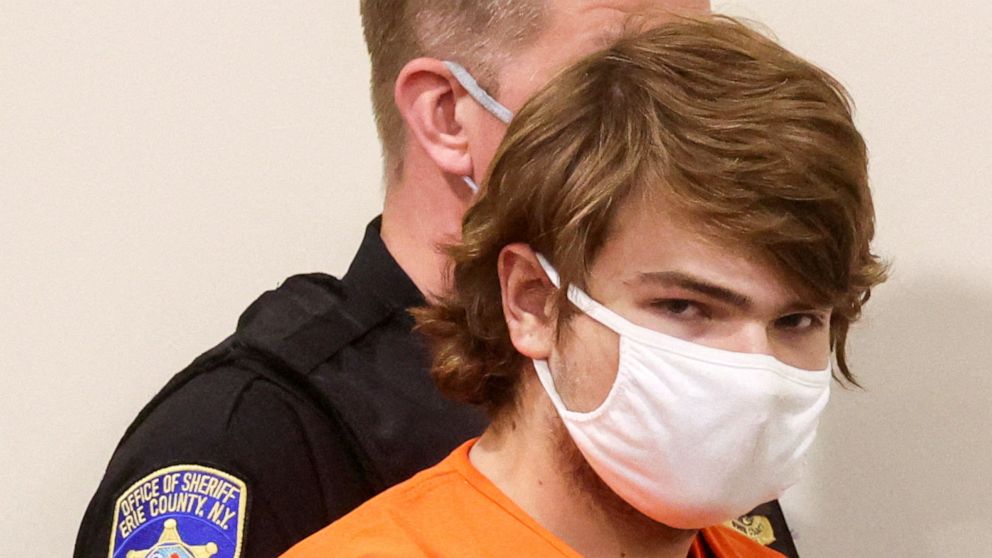 The Buffalo shooting gave the world an idea of how powerful white supremacist motivation can be. People and nations are increasingly becoming warry of violent white supremacist acts. How much time and what kind of information consumption does it take for an 18-year-old to be convinced to make his mark on the world by targeting 10 African-Americans, going on a killing spree, and making a manifesto that showcases hateful and racist thoughts toward our fellow human beings.

Many investigators believe the cause of the motivation is online platforms that spread and foster hateful communities. Online platforms like 4chan and discord are much to blame for radicalizing an individual to such a point as to convince them that overt racist murders are justified.

Outside of online platforms, the shooter’s manifesto - a 180-page document highlighting his reasons for the shooting and giving people an idea of his worldview - mentions right-wing media influencers such as Tucker Carlson and Ben Shapiro. The manifesto also includes racist remarks towards black people, Asian people, and Muslims, which online hate platforms and political influencers fostered.

The manifesto also expresses the shooter’s concern for “The Great Replacement Theory,” which states that the ‘native’ people of a particular nation are being ‘replaced’ by outside migrants, illegals, or aliens in a deliberate political strategy by some higher elitist group who seeks this ‘replacement.’

For the shooter, the population being replaced are white people, and the people coming in to replace white people are the millions of immigrants, refugees, and migrants that come to the US to seek opportunity. In this circumstance concerning white people specifically, the term ‘white replacement’ is used amongst racist pundits like the shooter. Interestingly, Fox News political commentator Tucker Carlson has shared these ideas very extensively on his show. Although he does not explicitly mention ‘white people’, he uses the term ‘legacy Americans’ to signify Americans with European ancestry. Many critics have expressed that the term ‘legacy Americans’ is a way to covertly dog-whistle to people who believe in white replacement and overall racist sentiment (thehill); with some critics stating that the term is an extension of the “racist lexicon” that white supremacists and far-right pundits use.

The shooter makes their intention quite clear in the manifesto. The manifesto states that the shooting was "to show the replacers that as long as the white man lives, our land will never be theirs and they will never be safe from us.” Other crimes motivated by similar intentions as the Buffalo shooter have been seen worldwide. Most notably, the Quebec mosque shooting in 2017, the 2018 Pittsburgh synagogue shooting, which left 11 dead; the 2019 mosque attack in Christchurch, New Zealand, which left 51 dead, and the most recent killing of a Muslim family in London, Canada.

In Canada, prominent leaders of the Freedom Convoy such as Pat King cite ‘white replacement’ as a motivator to achieve his political goals. King states in an interview that there is a desire (among elites, the government, or whomever) "to depopulate the Anglo-Saxon race because they are the ones with the strongest bloodlines."

The Canadian Security Intelligence Service - Canada’s chief intelligence agency - cites that the agency is increasingly focusing on the threat of ideologically motivated violent extremism (IMVE for short). The CSIS 2020 public report divides IMVE into four major categories: the two most relevant to our conversation being (1) ‘xenophobic violence’, which includes racially motivated violence and ethnonationalism; and (2) ‘anti-authority’ violence, which includes anti-government and anarchist violence. Both of these categories of IMVE’s are very much related to the racially motivated hate crime we saw in Buffalo as the shooter was motivated by pure racist thought. Anti-authority violence has also been seen in Canada specifically with the Freedom Convoy occupation in Ottawa. It seems as though these types of extremist violence are of increasing concern to Canada and the US based on threat analysis and risk assessment that intelligence agencies like CSIS have given us.

Most people would agree wholeheartedly that the great replacement conspiracy theory is ridiculous, the reasons for immigrants coming into the western world are due to economic reasons, not social ones. Immigrants are the primary source of population growth in developed countries. Without immigrants, developed countries would lose people over time, thus undermining their economic growth. With an ensured expanding population through immigration, countries can ensure economic growth for citizens and fund tax revenue for public services that people increasingly rely on as they live in Canada.

In addition, tax revenue is also required to take care of the entire population as a whole. For instance, public services such as healthcare, early learning, and child-care, education through elementary schools and university, Canada’s national pension plan, infrastructure projects, public transportation, worker insurance policies like EI, and parental leave; all of these public services require tax revenue to fund them and the only way to ensure stable funding in public services as the population increases are with an increasing level of immigration over time.

Nevertheless, the consensus among Canadians is that ideologically motivated crimes and thoughts are not acceptable. I say this as a Canadian and as someone who has interacted with Canadians for my whole life. The vast majority of Canadians do not condone racism, xenophobia, or violence coming from any political, religious, or ideological spectrum. However, this consensus among Canadians and indeed in the western world does not mean that we should ignore the types of violence that we are increasingly seeing in the western world. It is our responsibility to resist the ploy of those who seek to undermine equality, freedom, and peace in a richly diverse society.