Waking Up from the Neon Dream: Looking Back on Cyberpunk 2077 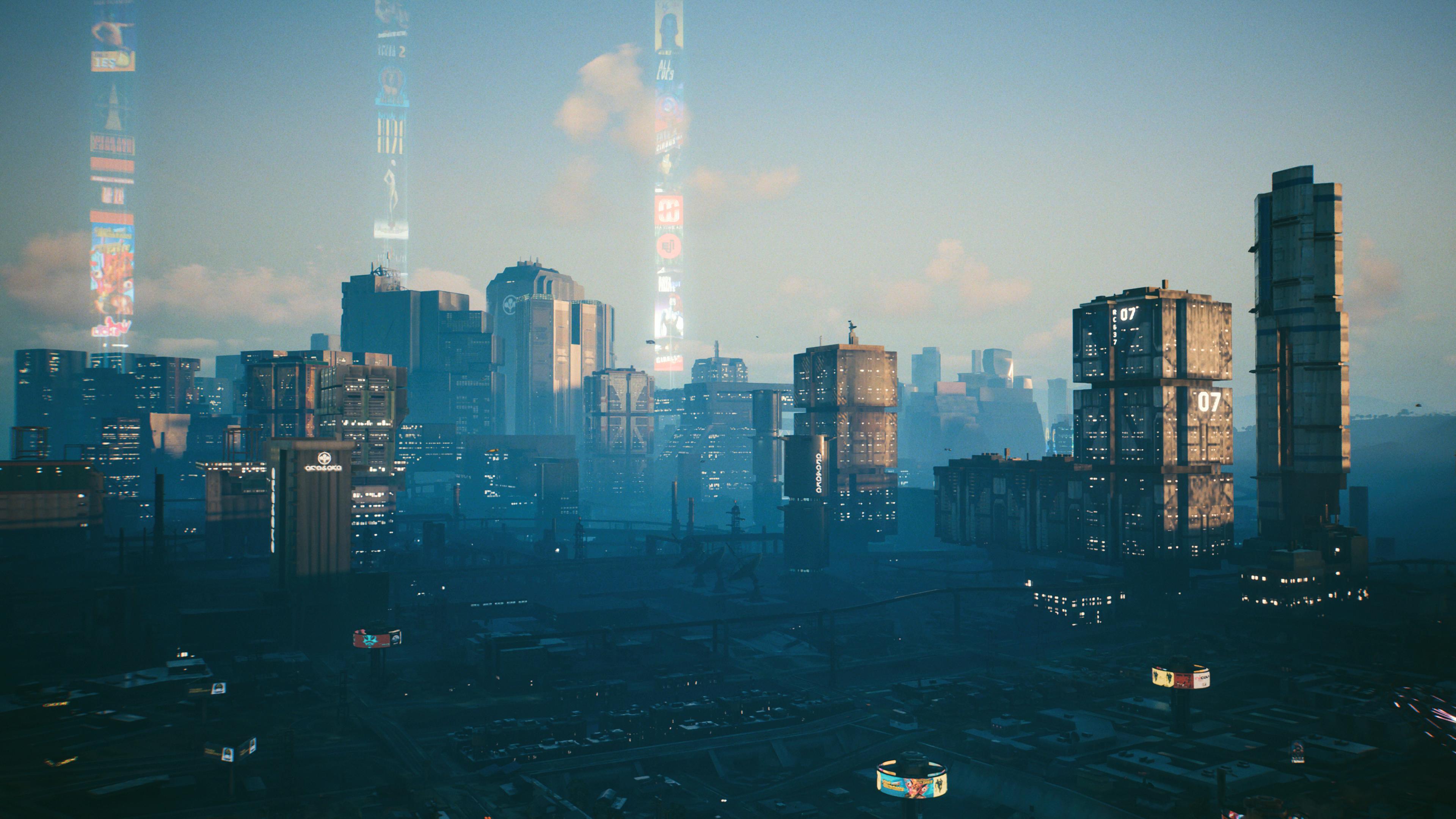 Cyberpunk 2077 has been on my mind lately, and I want to take a break from writing about our nightmare world to talk about its flavor of a dark future. This will not be much of an actual critical analysis of the game but more of an examination of my feelings towards it with a couple of sources backing me up. In other words, this is more of a look into how I vibe with the game.

Almost two years have passed since the open-world action RPG launched, and it has been a wild ride for everyone who had anticipated it, myself included. From a deceptive marketing strategy and disastrous launch to extensive patches fixing the game and an excellent anime adaptation reviving interest in the IP, saying things have been bumpy for detractors and fans alike is an understatement.

My opinion on the game splits, although this was more when it launched than now. It still stands as a title where my feelings are complicated enough to place it amongst the likes of Dark Souls II and Metal Gear Solid V: The Phantom Pain as a game where I have an obscene amount of time in it despite having a bevy of complaints. The latter two at least have felt like the same game since I first tried them while Cyberpunk has felt like it has been evolving.

Not to say the game is perfect now, but it is a far cry from how bad it used to be. As a quick comparison to draw from personal experience, I originally went into the game hoping to be like a ninja gracefully taking down foes in rapid succession without being noticed, relying primarily on swords and throwing knives to get the job done.

An issue arose when I saw that while the player can throw knives, they are not consumables like grenades are. Instead, they had to be one of the three weapons equipped, which did not come back to the player, meaning that once a knife gets thrown, you could not retrieve it, meaning that once it is out of your inventory, that knife is gone forever. I am not a game designer by any metrics, but designing a skill tree around blades and stealth that makes throwing knives near useless while still allowing the player to carry hundreds of grenades on their person sounds like an oversight in planning out a progression system.

It is petty for me to harp on this comparatively small issue so much, but it was pretty indicative of the experience of playing Cyberpunk 2077 when it came out. Despite my ability to still have fun with the game, an unsettling feeling followed as more of its crack began to show in both gameplay and story.

I do not want to spend much time harping on the game’s litany of bugs and strange systems because plenty of others have done so with a more nuanced understanding of how games work. The only angle I can probably tackle this game in stems from a personal interpretation, which explains my example for issues with the game stem from personal experience.

Cyberpunk as a genre has been something close to my heart since around my middle school days. From anime like Ergo Proxy and Serial Experiments Lain, games such as Deus Ex and Shadowrun, to books like Hard-Boiled Wonderland and the End of the World and Snow Crash, they all made deep impressions on a pre-teen Andrea.

It does not take much to imagine how she felt at the start of 2013. The makers of The Witcher 2: Assassins of Kings released a trailer teasing a new game based on the Cyberpunk tabletop roleplaying game that would release for the next generation of game consoles. While The Witcher 3: Wild Hunt was still the focus for Polish developer CD Projekt RED, this new game set in the Cyberpunk universe would be their next release. I thought at the time that even if their current project would not come out for a year or two more, this awesome-looking game confidently boasting the genre I loved so much as its name would release only a couple of years after at most.

One high school graduation, two new generations of game consoles, three years of college, three relationships, eight years, and innumerable questions about gender identity and sexuality later, Cyberpunk 2077 came out and was in my hands. As implied by how I described the poor implementation of throwing knives, the game was a complete mess.

I wanted to like the game. I was someone defending the good aspects it had on launch, and when it was not crashing on my PlayStation, the aesthetics were immaculate. The visuals did not compare to the version my friend played on PC. Still, when it worked, racing past dingy gang-ridden streets and immaculate corporate centers felt so real that I momentarily believed I was playing the game I spent half of my life imagining.

The game would proceed to crash five minutes later then I would remember I was playing a game that was not in any state to be sold on store shelves.

Issues also existed outside the gameplay and polish, extending into the content and structure. From the rushed main story, falling into the pitfalls defining the concept of Techno Orientalism, in-game advertisements featuring a problematic depiction of trans women, and generally having a repetitive gameplay loop, issues existed that updates cannot fix.

These things all exist in the game, yet some moments show glimmers of what could have been a diamond. While many quests fall into busy work, others include the investigation protagonist V conducts for a mayoral candidate that leads to horrifying implications for the world beyond the scope of the setting.

On the same token, while the problematic advertisements remain in the game, the character of Claire Russell is one of my favorite depictions of trans identity in recent media. What makes her feel so well realized comes from her transition being discussed in a normalized way while leaning her story towards dealing with grief and passions born with people crucial in one’s life. Did I mention she is also voiced by the excellent Maddie Taylor, who herself is trans?

What I am saying by bringing up Claire is that seeing how her portrayal made me feel seen in a piece of media, and as another trans woman, it is a feeling I cannot avoid even if I am one of the few who has that experience.

The problematic aspects mixed in with genuine care put in make it difficult to look at Cyberpunk 2077 from a critical angle. Since the game came out, I have seen and heard comments condemning it for being a horrible dumpster fire and others calling it an absolute masterwork whose potential is now shining.

I do not think it is either, albeit my opinions skew more positively. The most I would say is that it was an alright game with significant issues that has turned into something pretty great, but I will not go as far as to refer to it as a masterpiece. What Cyberpunk is to me is cozy. Something about it makes it easy to return to and sink a couple of dozen hours each time a new update drops.

As pretentious as this may sound, the game feels like an echo of my past. It may not have entirely lived up to the expectations that 21-year-old me had going into it, but it certainly sparks the joy I had in games when I was a bratty 12-year-old.

Between a new expansion coming out next year and a full sequel in the pipeline, there is plenty to be excited about if you stuck with the game. I certainly have my expectations, but they will be nowhere near the level a teen from the mid-2010s had. Maybe there is something melancholy to it, but I see it as a part of managing expectations.