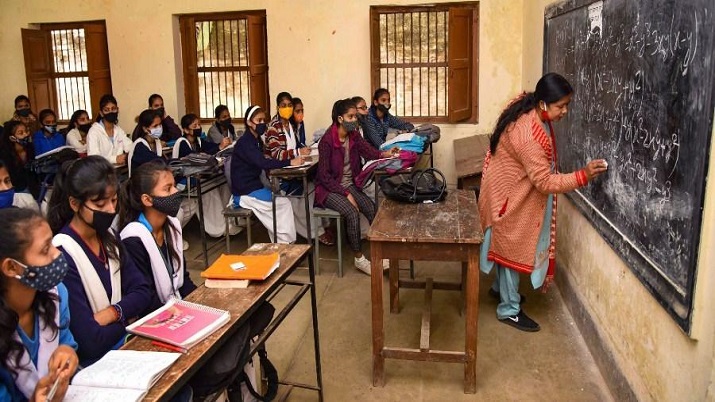 In the semi-urban and rural areas of India, government-aided schools are found providing education to the children for free or at a minimal amount. As education is the basic right for all. The scriptures reveal how people of the ancient community used to run the education system. Comparison shows, at that time people, used to study at Gurukul (Guru's house) and now various hostels have been established to accommodate students imparting quality education. To mention hostels and schools, it's needless to say that Takshashila (Taxila) and Nalanda were the then Oxbridge, England.

A plethora of government schools are there in India. Some schools teach at the primary level while some other schools offer education to those who are at secondary or higher secondary level. The panchayat and Rural Development Department of West Bengal opened thousands of child education centers that are collectively known as Sishu Siksha Kendra (SSK) to teach children from unprivileged rural areas. Also, they opened centers for the upper level that are known as Madhyamik Sikhsha Kendra (MSK). Both the centers are free for their students. Not only that, some other centers and schools are basically for the distressed.

Anganwadi, this Hindi word signifies courtyard shelter. In 1975, the Indian Government started child care centers as part of the Integrated Child Development Services. Anganwadi schools are basically for children to attend pre-primary level where they are taught playfully. On the other hand, there are also open schools that provide quality education. The National Institute of Open Schooling (NIOS) was established in 1989 with the help of the Ministry of Education, Government of India, where students get exposure to vocational training, life enrichment classes, and at the same time academic courses. Moreover, NIOS offers elementary-level courses via their Open Basic Education Programmes (OBE).

Also, there are Madrasah schools, particularly for the Muslim community. However, the Arabic word Madrasah denotes every educational institution of any religion. In India under the supervision of the government, these schools have been developed. The teachers offer various courses keeping the religious sentiments in their minds. Furthermore, the basic primary schools are also worth mentioning. Usually, these primary schools allow students upto the 4th standard and later are promoted to High schools by cracking entrance exams. High schools generally offer education up to class 12. Within this period we all know that students have to take secondary exams in class 10 while higher secondary examinations take place in 12th standard.

Talking about the importance of being a student of these government schools, there are many facilities to mention. Students get highly qualified teachers who are selected by the higher authority by cracking tough exams and interviews like SSC for high schools, TET for primary schools, and so forth. These teachers spread their extraordinary knowledge among the students. On the other hand, government schools are quite affordable especially for those who are unprivileged and distressed. As it has already been mentioned above about the right to education, government-aided schools are playing a crucial role in this sector.

But why are these government schools fading away? There can be a reason for poor infrastructure. Most of the government schools do not have sophisticated instruments, labs, classrooms with digital screens, etc. Research says that it becomes a cycle - due to poor infrastructure nowadays students do not take admission in these schools, so the schools are losing their vibrancy and for which the students are not attracted towards these schools and thus end up lagging. Also, the lower number of recruitment is the cause why these educational institutions are not working properly.

Another reason can be the small amount of salary of the school teachers that causes them to lose interest in teaching students because they are not receiving a fair amount. Moreover, most of the government schools are teaching students in regional languages. As we all know English has become a lingua-franca, and how today's society gives more importance to English learnings. So they are lagging behind others because of their academic courses that are taught in regional languages. Also lack fresh brains who can teach things with quick, easy, and simple tips and tricks so that the students can easily understand the heavy matter. New generation teachers can relate themselves with the students and vice versa, making the teacher-student bond stronger than ever before.

Government educational institutions in West Bengal are also at stake. The constant growing popularity of multistorey private school buildings is attracting more students. While interacting with locals, one of them says "sorkari school gulite goriber bacchara jay (Poor children go to government schools).” Another one says: "We have suffered a lot by studying in government schools. We want our kids to adapt to this new emerging society. Moreover, government schools are lagging [...]". Other states like Bihar, Jharkhand, Odisha, Madhyapradesh, Maharashtra, etc all the northern regions are witnessing the same condition. Though in comparison the southern Indian states like Kerala, Tamilnadu, Karnataka are in better condition when it comes to government-aided schools.

The government has started taking various steps to attract more children. In primary schools, the students are aided with uniforms, shoes, school bags, books, etc. On the other hand in the high schools bi-cycles, uniforms, books much more are being given to them. Recently in this prevailing Covid situation when everything becomes virtual, the West Bengal government has aided 10 thousand rupees to the students to buy tablets so that they can continue their studies while locked in the home. Furthermore, numerous scholarships are there such as Kanyashree scholarship which is basically for female students by the West Bengal government which attracts students towards government educational institutions.

We have witnessed how some of the government schools are improving in terms of their infrastructure, especially in New Delhi. The government needs to be more active in recruiting high-quality teachers and also it is very important to focus on increasing their salaries. Also, we people need to change our mindset and look forward. "Government schools are not 'bad', they just need some extra care and attention. We should promote government institutional education to boost our future and economy too [...]" said a Government School teacher.

SDGs and Status of India