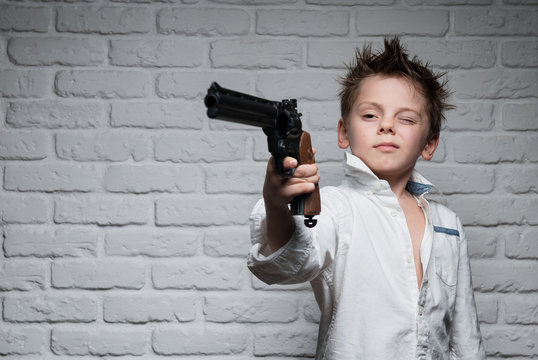 Gun control is a common topic that is always reported in the news, even if the subject is anything but new. Laws for gun control have been created to keep firearms out of the hands of individuals who are not legally allowed to possess them due to age, criminal background, and incompetency. It is also made to assist law enforcement officials in reducing the crimes that occur in the United States due to gun usage. In the end, we hear about shootings everywhere, and the police or local citizens usually cause them. Still, the information has always gotten a response from the people when it has entailed shootings done in public schools by students, especially when the student is as young as six years old.

This article will discuss my take on the latest school shooting that was reported on the news. The shooting in Richneck Elementary School in Newport News, Virginia, on January 6, 2023, took me by surprise. The shooting entailed a 6-year-old unidentified child that was reported to open fire on elementary school teacher Abby Zwerner in an altercation in the classroom. Zwerner was shot in the abdomen and taken to the hospital in critical condition. The shooting concerned local mayors, government officials, parents, and individuals who knew Zwerner.

“All of us at James Madison University are deeply saddened by the reported tragic shooting of JMU alumna Abby Zwerner,” University President Jonathan R. Alger said in a statement posted on the university’s official Facebook page. “We offer prayers and best wishes for Abby’s health and recovery and want to do all we can to support Abby, her family and friends, fellow teachers, and current students and their families in this tough time.”

Fortunately, Zwerner was reported to be improving and in stable condition, according to the Newport News Police Department. While The child who is said to be the shooter is currently in custody, the questions that I have had, as well as everyone else who has heard of this news, remain unanswered: Where did the child get the gun from?

According to Newport News Mayor Phillip D. Jones, he ensured that the child has “all the services that he currently needs right now.” While this gives me reassurance for the child’s well-being, it doesn’t consider the fact that the child was able to enter the classroom armed and that the shooting is not rumored to be accidental; it is said to be intentional.

Hearing about the shooting made me curious about why the child would have a gun. I immediately thought the weapon couldn’t have been his but another person's. Could it be the gun to one of his parents? An older sibling? A weapon that he conveniently stole and had without his parent's knowledge? It is unlikely that a child could own a gun, especially if it requires licensing to obtain one legally. It has always been said that the setting a child is exposed to influences his actions and perceptions, according to child developmental psychologists. Perhaps the child may live in a home where guns are present, and he is exposed to them by seeing others use them.

Furthermore, I also pondered on the emotional regulation of the child. Even if the child was angry with his teacher, what could make him resort to taking out a gun and shooting her? Could it be direct influences that encourage gun usage to resolve problems? Could it be any exposure to video games or shows that the child may watch where guns are used to win fights? Many instances have been in the news where children have been reported to enact the actions of video games they’ve played, such as stealing cars to run away or deal with their emotions. That could also be the case with the use of guns.

As a result, I fear that children as young as six years old perform actions that they don’t know are wrong. They are unaware of consequences that exceed past time-outs and the temporary punishments of having their entertainment taken away from them. Many children are unaware of the harm of shooting a gun, which presents a problem when guns travel with them and reach places where others could get hurt.  I am not the only person that shares this concern.

Dr. George Parker, the Newport News Public School Superintendant, expressed sadness over the shooting. He has advocated for better gun safety measures from the community to prevent guns from reaching the hands of the youth.

“I’m in shock, and I’m disheartened,” Parker said. “We need to educate our children and keep them safe. We need the community’s support, continued support to make sure that guns are not available to youth, and I sound like a broken record today because I continue to reiterate that we need to keep guns out of the hands of our young people.”

“It is almost impossible to wrap our minds around the fact that a 6-year-old 1st grader brought a loaded handgun to school and shot a teacher; however, this is exactly what our community is grappling with today,” Jones said in a statement posted on Twitter.

School shootings have increased. There have been 145 school shootings in the US since 2018 that resulted in injuries and deaths. Last year, there were 51 reported shootings, an increase from the 35 reported in 2021 and the ten written in 2020. The two years prior recorded 24 shootings each year.  With the events that have transpired with shootings, such as the Timberview High School shooting that took place in October 2021 and the school shooting in Texas that occurred in May of the previous year, it causes us to ask the following question: should children have access to a gun?

My response is no. Even though a child can learn self-defense with a gun, it does not guarantee that they will use it responsibly. School shootings would be caused due to the shooter expressing anger toward another individual for reasons such as violence, bullying, or abuse. Emotions significantly contribute to our actions as it causes us to act toward fulfilling our self-desires. Still, it makes us fail to consider that they can permanently hurt someone else by taking their life away. Some teenagers fail to consider that; imagine a 6-year-old.

Additionally, we must consider that school shootings are also caused due to the lack of security measures in every school building. According to Newport News Officials, while the school where the shooting took place “had metal detection facilities, pupils were checked at random, and not every child was inspected.” Some academic institutions do not have metal detection facilities, which allow students to take a shot from a gun whenever they choose.

In sum, the news of the shooting in Virginia has caused outrage and distress among the public, who advocate for more significant measures to be taken to prevent children from having access to a gun. Richneck Elementary School said on its website that there would be no classes at the school where the shooting occurred for this week in order “to give our students and families additional time to heal.” Still, more will be required to ensure that children no longer have access to a gun. For now, Richneck Elementary School is expected to have some problematic days up ahead.

According to Jones, the day of the shooting at the school is considered “a dark day in our history.” He asserts that the first reported school shooting of 2023 is considered “a red flag for our country.” As a nationwide discussion about the event begins, we can only hope that action can be taken to make this red flag the last one our country encounters.