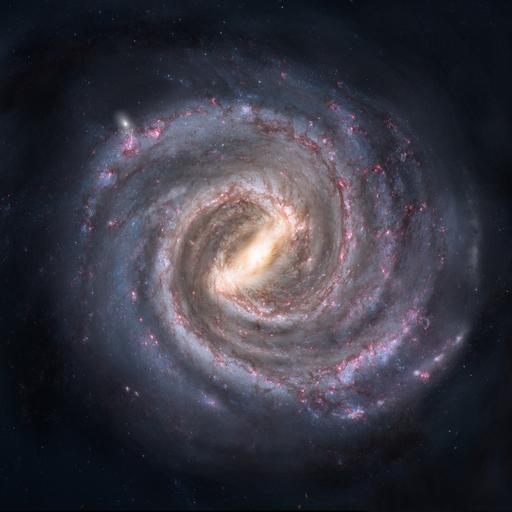 The first image of the supermassive black hole at the centre of our Milky Way galaxy has been revealed. The black hole lies about 27,000 light-years away from Earth, near the border of the Sagittarius and Scorpius constellations, which inspires the name of the black hole; Sagittarius A* (Sgr A*).

Sgr A* is four million times more massive than our sun and consumes only a trickle of material, contrary to the standard view of black holes as monstrous and destructive structures. Feryal Ozel, a professor of astronomy and astrophysics at the University of Arizona, called the black hole “the gentle giant in the center of our galaxy."

The black hole itself cannot be seen as it is completely dark but the surrounding bright ring-like shape, which is the light bent and twisted around the black hole by its gravity, is visible in the image.

The image was captured by an international research team called the Event Horizon Telescope (EHT) Collaboration, which used eight radio observatories across the world to form a single “Earth-sized” virtual telescope. The image has been obtained through a five-year-long continuous effort of more than 300 researchers from 80 institutes across the world, which together make up the EHT Collaboration. The researchers had to develop sophisticated new tools to capture the gas movement around Sgr A*.

EHT Collaboration is also the one that released the very first image of a black hole in 2019. The black hole M87* lies in Messier 87, a supergiant elliptical galaxy around 53 million light-years away from the Earth.

Although the two black holes look remarkably similar, both the black holes and the galaxies they lie in are entirely different, says Sera Markoff, co-chair of the EHT Science Council and a professor of astrophysics at the University of Amsterdam. Sgr A* is more than a thousand times smaller and less massive than M87* which is one of the largest black holes in the universe.

According to a report on the EHT website, capturing the image of Sgr A* was much more complicated than it was for M87*, even though Sgr A* is much closer to the Earth. That is because Sgr A* is much smaller than M87*, says EHT scientist Chi-Kwan Chan. Although the gas in the vicinity of the black holes moves at the same speed around both Sgr A* and M87*, the brightness and pattern of the gas around Sgr A* is changing more rapidly due to its much smaller size, which makes it extremely difficult to take a clear picture of the black hole, he explains.

EHT scientist Keiichi Asada said that as they had images of two black holes, they now could study the differences between them and gain valuable new clues about the process and how gravity behaves in these extreme environments. "These unprecedented observations have greatly improved our understanding of what happens at the very centre of our galaxy and offer new insights on how these giant black holes interact with their surroundings,” said EHT project scientist Geoffrey Bower.