Simplicity in the modern science 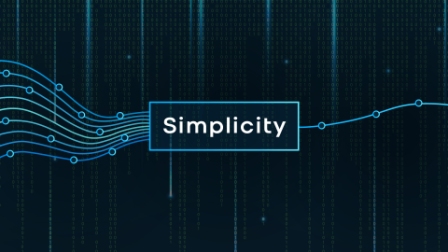 It can happen, and it is often observed in the history of science, that substantially different theoretical concepts are equally confirmed experimentally. In this case, the preferred concepts are those that in some aspect turns out to be the most simple.

Scientific knowledge in its historical movement passes through certain stages of theoretical development. Methodological principles turn out to be a means of theorizing knowledge. Depending on the historically specific situation, there is a change in the role of one or another principle in the process of constructing a theory.

Although all these principles, to a greater or lesser extent, retain their role as methodological regulations, nevertheless, the role of each of them is not equivalent in different historical periods. The flow of information is increasing. Operating it is becoming more and more difficult.

The features of the modern development of science, including physics, force us to pay attention to the problem of methodological unification of knowledge and to ways of folding scientific information contained in an extremely ramified and polymorphic system of modern science.

There are several concepts in which the simplicity-complexity of the studying systems is quantified in the form of a certain number. There are four main types of such concepts:

·         Logical conception. It defines measures of some properties of relations that are considered simplifying.

·         Information-theoretic conception associated with the identification of entropy with a measure of the complexity of systems.

·         Algorithmic conception, in which the complexity is determined by the length of the algorithm required to reconstruct the object under study, expressed in some code.

·         Multiplicity-theoretic conception. Here the complexity is associated with the capacity of the set of elements that make up the object under study.

The results obtained from different “measurements” of complexity do not always agree with each other. Methods for estimating simplicity-complexity, which are very effective in one area, turn out to be inapplicable in another.

In the logical-philosophical literature, attempts are made to consider the problem of the criteria of simplicity in a more general form. But at the same time, despite the formal nature of the proposed solutions, meaningful differences remain between the types of properties, which one or another author considers as indicators of simplicity and complexity.

Therefore, they usually speak not about simplicity in general, but about simplicity, supplied with one or another epithet - "epistemological", "dynamic", etc. Most often distinguish "ontological" and "semiotic" simplicity. The first is understood as the simplicity of material formations while the second is a certain assessment of sign systems.

The simplicity-complexity and system analyze

The most important task of systems research, the solution of which is of particular importance for the development of more advanced systems, is the problem of simplifying systems while maintaining and even increasing their efficiency.

The system analysis is connected with an assessment of the simplicity-complexity of the corresponding objects precisely as systems. Since any object can be considered as a system, the system conception of simplicity-complexity will have a universal character, in the sense that there are no meaningful restrictions on the scope of its applicability.

However, it will be necessary to distinguish the types of simplicity-complexity, but the difference between them should be of a formal-systemic nature, i.e. be determined by which aspects of the systemic consideration are reflected in the conforming type of simplicity.

The complexity, determined by the complexity of the system concept, can be called conceptual.

On the contrary, the substrate-structural simplicity will express the simplicity of the substrate, not in itself, but in terms of the implementation of the structure on it. In this case, one can ask how difficult it is for the substrate to implement this particular structure.

The Importance of the Simplicity-Complexity Principle

The principle of simplicity works in scientific knowledge. This means that the very nature of knowledge, the methods and the means of the scientist's work contain the requirements of this principle. Following simpler and, in this sense, more economical solutions to problems meets the interests of the development of science, and its internal laws.

If we turn to an experiment in science, we can see that a scientist, before conducting research, constructs the device he needs. Of course, you can use a ready-made experimental setup. But this refers to the original design, not a repeated experiment. When designing an experimental setup, a researcher looks for such materials and seeks to design a device in such a way that, as a result of its operation, it becomes possible to observe the phenomenon in its most "pure" form, without disturbing the picture of the phenomenon.

Already at the empirical level, we are guided by the principle of simplification.

Turning to the theory, its goals, and the methods of its construction, it is clear that the initial theorizing procedure, namely the idealization procedure, can be rationally interpreted as a simplification procedure. A scientific theory presented as a system has certain qualities and internal relationships.

These properties and relationships can be interpreted on certain objects that make up the field of applicability of the theory. The theory does not fix individual things, but the relations and qualities of these relations, which act as system-forming qualities.

The extraordinary complication of modern life - the increasing flow of information, the inability of a modern person to understand the true values of science and culture in general, unforeseen and ever-growing difficulties in attempts to reconcile the conflicting interests of various groups, nations, inhabiting planets - all this gives rise to the need to search for a reasonable organization of society. The analysis of simplicity and complexity in solving all these and similar problems is becoming an urgent problem of the time.

The World of the asymmetric results

AI and Capabilities of Future Prediction