The Decline of the Vultures: Diclofenac, poaching and how they can be saved from extinction 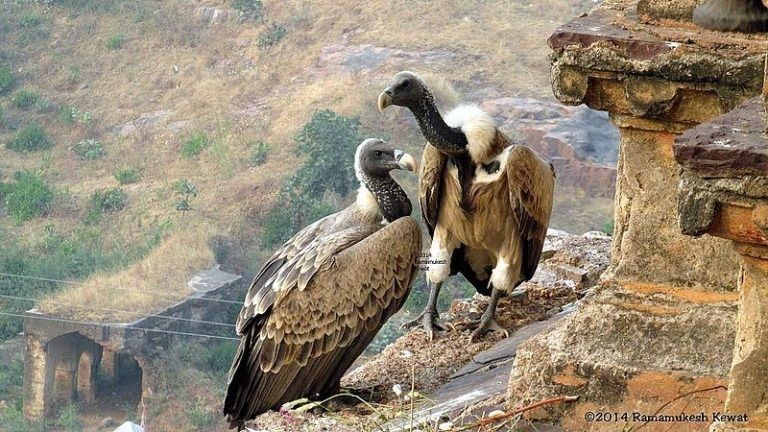 On the first Saturday of September each year, the world celebrates International Vulture Awareness Day (IVAD), this year it fell on the 3rd of September 2022. This may not be an animal species that many care about currently, but it is a subject that affects everyone. When looking at a vulture it can be understandable why they are not the favourite bird species. They often get a bad reputation from being dirty, associated with death, and their rather ugly appearance due to their bald heads. But in reality, vultures are crucial to their habitats. They are known as ‘nature’s clean-up crew’ and the ‘dustbin men of the countryside’: they clean up after death, reduce the spread of diseases and help keep ecosystems healthy. They have also been portrayed as villains, for example in Marvel’s Spiderman: Homecoming, where The Vulture is the enemy of Spiderman. In reality, however, vultures do not attack humans, they only eat carcasses, despite what the film industry suggests.

What is the problem?

Vultures are among the most threatened raptors, and many species are currently listed as critically endangered by the International Union for Conservation of Nature. Their populations have plummeted in recent decades, leaving all but seven of the 23 species vulnerable to extinction. This includes the Cinereous Vulture (Aegypius monachus), the Egyptian Vulture (Neophron percnopterus), the White-Headed Vulture (Trigonoceps occipitalis), the Hooded Vulture (Necrosyrtes monachus) and the White-Backed Vulture (Gyps africanus). These species are supposed to be found across Africa, Europe and Asia. However, around 2,500 and 10,000 White-Headed vultures are estimated to be left, specifically in protected areas, while the White-Backed vulture is feared to go locally extinct by 2034. In India, the population of their three species has declined by over 97% since the early 1990s. 75% of all vultures are threatened with extinction.

There are several causes for these dramatic declines. Firstly, populations have struggled as a result of habitat loss and a lack of food sources. Another major issue is poisoning. In Asia in the 1990s, the vulture populations declined by 99% as a result of poisoning by Diclofenac, a cost-effective drug used on cattle to treat pain and inflammatory diseases, found in products such as Voltarol. When a vulture feeds on the carcass of an animal that was treated with the drug, the vulture will most likely die as a result of kidney damage. It prevents uric acid (the main excretory product of birds) from passing into the urine, causing the blood concentration to increase and is then deposited in the bird’s organs, known as visceral gout. This can occur within 1-3 days of ingestion. Since the discovery, several other veterinarian drugs have also been proven to be toxic to vultures and other birds of prey. It is estimated that the use of such drugs caused the deaths of millions of vultures in less than two decades. Since then, the veterinary use of Diclofenac has been banned by many state governments across India, including Nepal, Iran and Bangladesh, with other countries following suit. However, despite alternative drugs being available, it is still in use in parts of Europe and Africa, including Spain, which was controversially approved its use in 2013 and continues to be available. This is particularly concerning given that Spain is home to about 90% of the European vulture population.

The belief that vulture organs and limbs can be used in traditional medicines in parts of Africa also poses a major threat to their numbers. Since 2020, several poisonings have occurred in West African countries, totalling over 2,500 deaths so far. In August 2022 alone, over 150 vultures were poisoned in South Africa and Botswana. Market investigations in West Africa have exposed that the prohibited international trade of vulture body parts occurs in the area.

Deliberate poisoning is the biggest threat to vulture populations in Africa, linked to the enduring elephant and rhino poaching crisis of the illegal ivory trade. When an animal is killed, the vultures circle above the carcass, which alerts law enforcement. Therefore, poachers deliberately target vultures by lacing carcasses with dangerous poisons. One incident could lead to hundreds of vulture deaths. For example, in June 2019, over 530 vultures died after feeding on a poisoned elephant in Botswana. This type of poisoning accounts for one-third of all vulture poisonings since 1970 and is the principal cause of death.

What is the solution?

There are many foundations and charities set up which are dedicated to protecting, conserving and restoring vultures across the world. For example, the Vulture Conservation Foundation (VCF) is committed to restoring Europe’s four species, running captive breeding programmes in collaboration with over 40 zoos and breeding centres, fighting the threats they face, and monitoring wild birds using GPS tags.

The eradication of Diclofenac in India has had some positive results so far: a 2014 study indicated that the presence of the drug in carcasses had decreased by 44%, offering those vulture populations a chance to recover. New campaigns are continuously being formed in an attempt to ban Diclofenac in Europe, including the Vulture Conservation Foundation which currently focuses on the EU area, and targets the four European species including the Cinereous and Egyptian vulture. It is focused mainly on Spain, Italy and Portugal. New drugs that are toxic to vultures are also being constantly monitored and banned. For example, in 2021, ketoprofen was banned in Bangladesh.

The Hawk Conservancy Trust, based in Andover, is one of the many sites in Britain that works hard to raise awareness and participate in projects in southern and east Africa and south Asia. This IVAD, the Trust dedicated the day to vultures, adding more vultures to their flying displays, as well as running vulture-themed activities, including a recreation of a poisoning crime scene. They also post on social media, providing updates on their International Vulture Programme (IVP) and their other work. The Trust runs a joint initiative in South Asia, the Pakistan Vulture Restoration Project (PVRP), with WWF-Pakistan. They have a colony of Asian White-Backed vultures in a breeding centre in the Punjab Province of Pakistan, and successfully breed several chicks a year. This project also protects wild breeding populations of several other species in a Vulture Safe Zone. Within these safety zones, they carefully monitor diclofenac and vulture populations and research to better our understanding of their behaviour and movements. They are also involved in a project to track Egyptian Vultures using satellite tags through which they can better our understanding of their movements, thus improve ways to conserve them.

In Africa, the Trust runs its ‘Poison Response Action Campaign’. In 2015, the Trust’s Head of Conservation and Research, Dr Campbell Murn, and Arica Project Officer, Andre Botha, co-authored a paper that contributed to the shifting of six of Africa’s eleven species of vulture from endangered to critically endangered. In collaboration with the Endangered Wildlife Trust and the University of Reading, they have developed a project which provides Poison Response Kits and a training programme to field staff in high-risk areas in Africa. ‘This work is extremely important as it trains and equips field staff to deal with poisoning events when they occur.’ Just recently, training has been completed in Uganda. They also aim to raise money for these supplies, £1000 would pay for three response kits.

On a more positive note, there have been some success stories. In early 2015, 50 endangered vultures were poisoned in a village in the Sivsagar district of Assam. ‘We were shocked to find 19 White-backed vultures, three Slender-billed vultures and 29 Himalayan griffons dead on the site. It was an acute poisoning case’ said Dr Boruah, the Centre for Wildlife Rehabilitation and Conservation’s (CWRC) veterinarian. Luckily, one Himalayan Griffon vulture survived the poisoning, recovered and was released back to its native site three weeks later, thanks to the dedication of the CWRC, who treated and rehabilitated the raptor.

It is also crucial that IVAD is coordinated and celebrated. It aims to raise awareness of the threats that vultures face and promote conservation initiatives like those mentioned above, which are occurring worldwide. For more information on IVAD, visit https://www.vultureday.org/activities/.

This will not be a short-term fix. The damage has already been done, and it is down to current and future generations to be educated about the crisis and ensure that the current conservation projects are continued and extended. Without vultures, rotting, diseased carcasses would be much more prevalent in our landscapes, with the threat of contaminating the water. This would then result in an increase in the cases of disease among both animals and people. They may not be the prettiest species of raptor, but they are crucial for preserving a healthy environment.

3 months, 2 weeks ago by jerryakaraiwe334