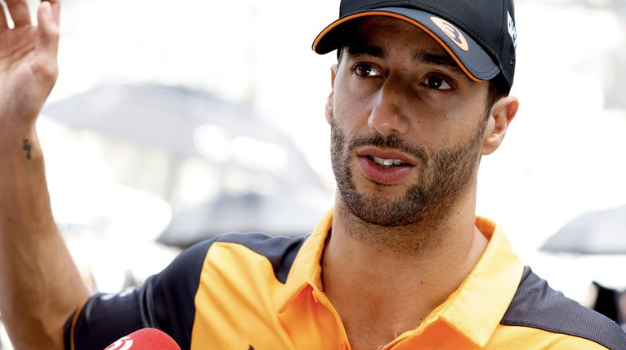 Daniel Ricciardo’s performance during the first half of the Formula 1 2022 season has been questioned by many around the F1 paddock. Shockingly, the 8-time Grand Prix winner has only scored 19 points in the 13 races this season, leaving many to speculate about an early exit for the Australian driver.

If Ricciardo was to leave McLaren, what are his options?

With Fernando Alonso leaving Alpine for Aston Martin Racing in 2023, Alpine has a seat available for the 2023 season, but many drivers are looking to sign with the French team. Could Ricciardo be the one to take the empty spot next year? 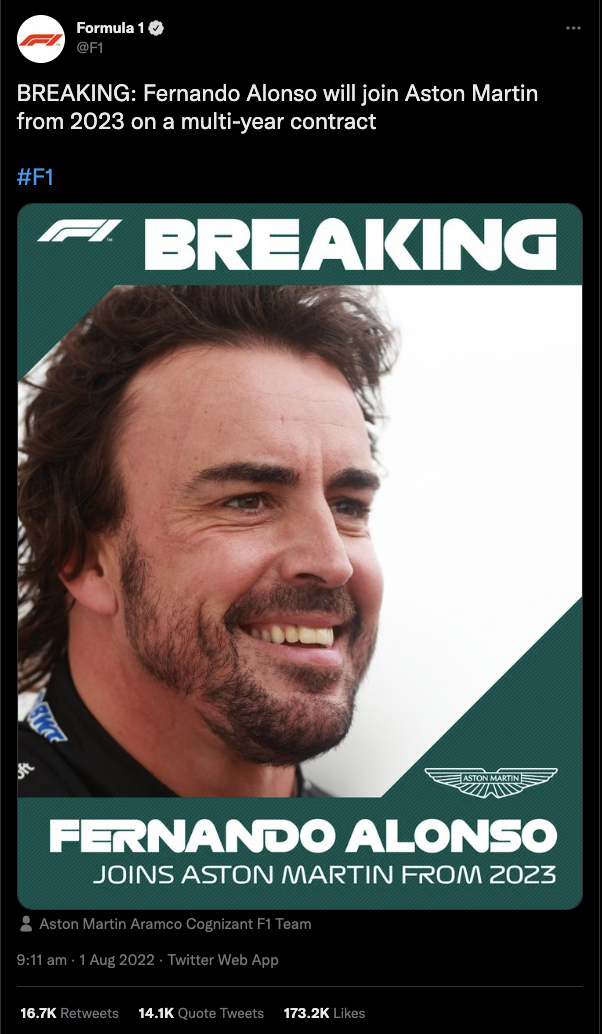 Daniel Ricciardo has chemistry with Alpine, initially branded as Renault, until the end of 2020. With Ricciardo’s performance this year creating doubts as to whether or not the Australian driver will stay at McLaren, Alpine seems like a natural choice.

However, while Ricciardo has a clause in his contract that grants him an early exit from the Woking team, Ricciardo has stated on social media that he will complete his contract, which expires at the end of 2023. 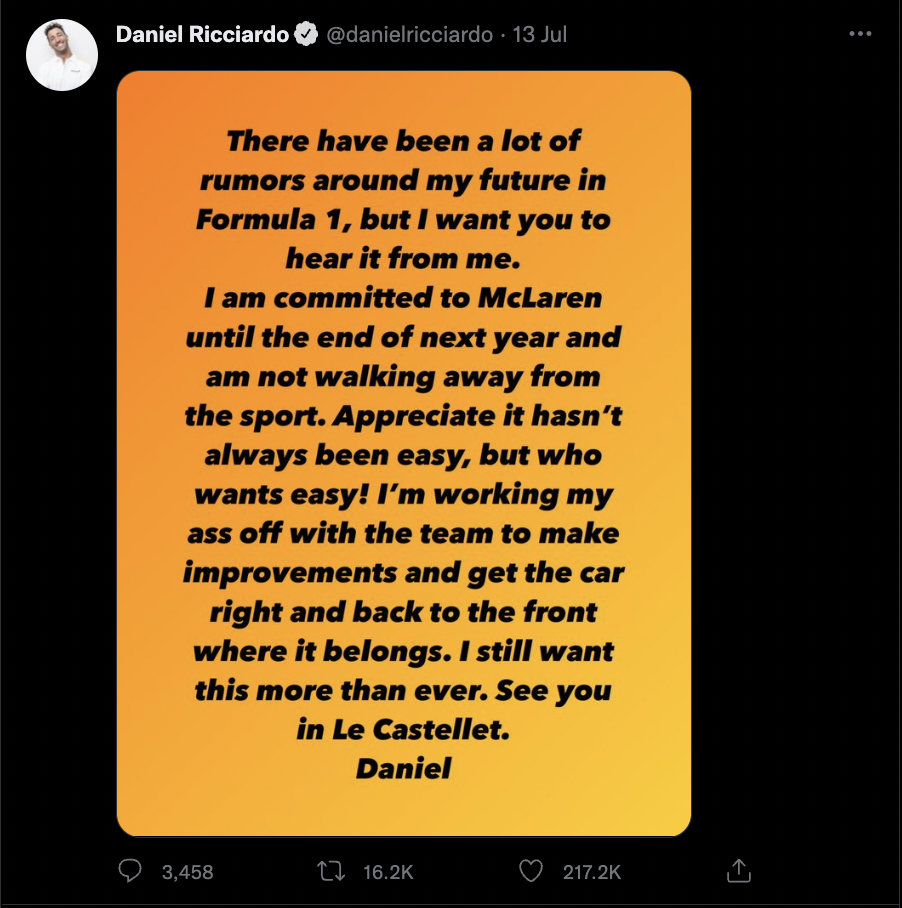 Nevertheless, with McLaren and Alpine fighting for fourth in the Constructors’ Championship, Alpine is looking to invest in Ricciardo for next season. Which was made clear by Sky Sports F1 on Daniel Ricciardo and how Alpine is not ruling the Australian driver for 2023. 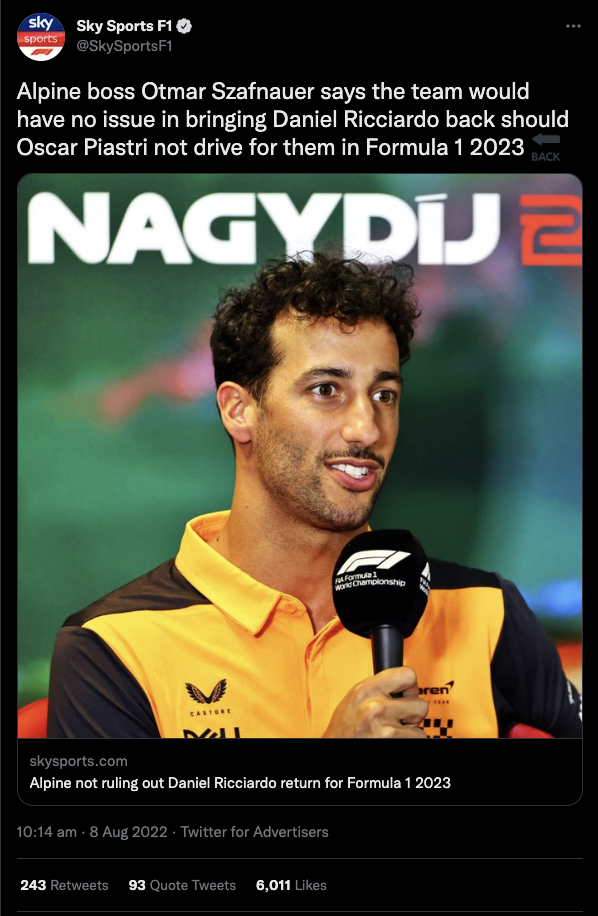 Initially, Alpine wanted their reserve to step up Oscar Piastri to drive alongside Esteban Ocon for the 2023 Formula 1 season. They felt confident to put out a press statement branding Piastri as their second driver. However, it soon became evident that Alpine never consulted the 2021 Formula 2 world champion – Piastri put out a public statement claiming that he would never drive for Alpine due to his strong relationship with McLaren.

So, if McLaren has told Ricciardo that they foresee a future with Oscar Piastri, might we see the 32-year-old return to the Renault family and sign with Alpine? It is worth noting that Alpine’s F1 team principal, Otmar Szafnauer, has proclaimed that Alpine would welcome Ricciardo back if Piastri does not drive for them in F1 2023.

Alpine has been the epicentre of the drivers’ market this summer, ever since Fernando Alonso made public the shocking announcement that he had signed for Aston Martin, quickly followed by Piastri’s refusal to drive for the team. Yet Alpine remain adamant that they are not ruling out Ricciardo for the 2023 season.

With driver seats still available at Alfa Romeo, Haas, Alpha Tauri, and Williams, there are many options for 32-year-old Ricciardo to consider. However, Ricciardo has been in talks with Alpine since Monday and has not publicly engaged in transactions with any other company. Hence, if Ricciardo is to leave McLaren, it seems clear that he will be moving back to the Renault family of Alpine. Furthermore, alongside the fact that there has been no official confirmation to suggest Ricciardo is moving to Alpine or that Piastri is signing with McLaren, both teams are adamant about keeping their driver line-ups as they are.