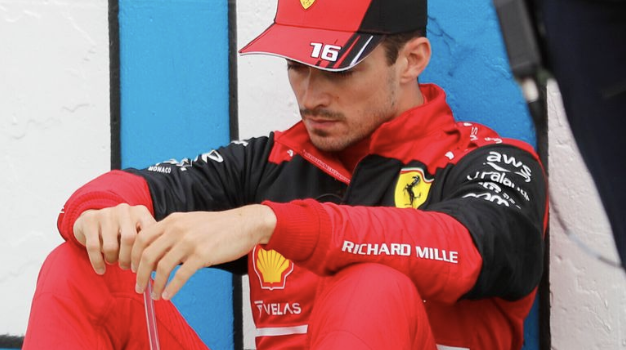 With the summer break over, the Formula 1 season is set to restart this weekend at the Circuit de Spa-Francorchamps in Belgium. With Red Bull’s Max Verstappen leading the driver’s title by 80 points over Ferrari’s Charles Leclerc, can Leclerc revive his hopes for victory this weekend?

The start of the season saw Ferrari's prancing horses surprise everyone in pre-season testing as the favoured team to make the world championships. They solidified their competitiveness by taking a one-two finish in the season opener in Bahrain.

However, since the first half of the season, Ferrari has won only 4 of the 13 races, and are currently trailing by 97 points behind Red Bull in the Constructors’ Championship. This is mainly due to strategy errors and reliability issues on the part of the Ferrari team.

Poor strategy decisions and Ferrari power reliability have characterised Ferrari's season so far, causing them to lose an excessive number of points that Leclerc could and should have scored over Verstappen.

The problem started at the Spanish Grand Prix. Up until lap 27 of 66, Leclerc had a 13-second lead over George Russell until Leclerc’s engine suddenly failed. The mishap cost Leclerc – and Ferrari – the match, as he scored 0 points and allowed Verstappen to overtake him by 25 points.

The next race was a strategic era for the team at Leclerc’s home race in Monaco. As Ferrari was leading the race one-two, the over-confident team reacted too late to the weather conditions, leaving them vulnerable to competition by Red Bull’s Sergio Perez. They undercut Leclerc as Ferrari told its two representative drivers – Leclerc and Carlos Sainz – to change tyres with a slow double-stack pit stop as the rain started to appear. The time wasted caused the home hero to finish fourth. Being outsmarted by Red Bull’s strategy, Ferrari cost Leclerc another potential win, and he lost another 13 points to Verstappen.

Two weeks later, in Azerbaijan, Leclerc scored pole position and led the race up until lap 20 of 50 when his engine blew up, again costing him another win. Ferrari had been confident with their one-stop strategy for this race, and Leclerc had the pace required to win, but this technical malfunction cost the Monégasque driver another 25-point deficit to his Red Bull title rival.

A week later, in Montreal, Canada, Leclerc faced reliability issues, and as such took an engine penalty that put him at the back of the grid. Although he still managed to claim 5th place – and 10 points – using the new engine, Verstappen would win the Canadian Grand Prix abreast of Leclerc’s teammate, Carlos Sainz. Losing 15 points to Verstappen was yet another blow to Leclerc’s championship aspirations.

Fast forward to the British Grand Prix, and we see Ferrari’s strategies concerning teammate Carlos Sainz affecting Leclerc’s chance to win the race once again. Leclerc led the race until the safety car was deployed on lap 39 of 52, but Ferrari called Sainz to pit for new tyres instead of Leclerc. As everybody stopped for new tyres, Leclerc would be left vulnerable on tyres that were already 14 laps old, which pushed him down to fourth. As his championship rival, Verstappen, only scored 6 points compared to Leclerc’s 12, the Monegasque felt he could have won after the Grand Prix if not for the strategic miscalculation, which cost him another 13 points.

Finally, the Hungarian Grand Prix proved the epitome of Ferrari's woes as, once again, Leclerc would be hampered by strategic errors. Leclerc asked to go on soft tyres for the final stint of the race, but was refused by the team. This was clearly another opportunity wasted by the Italian team. He lost not only a potential race win, but also 17 points.

Overall, the Ferrari driver has missed out on 108 points in the first half of the season and, potentially, the world championship lead in the Drivers’ and Constructors’ titles.

With Red Bull dominating the tracks right now, can the prancing horses of Ferrari, spearheaded by Leclerc, strike back? In the face of these wrong turns, has Ferrari lost its competitiveness, and will it hinder Leclerc’s championship aspiration against Red Bull and Max Verstappen? With nine races to go and 80 points to catch up with, it looks like the Monégasque driver has a mountain to climb.