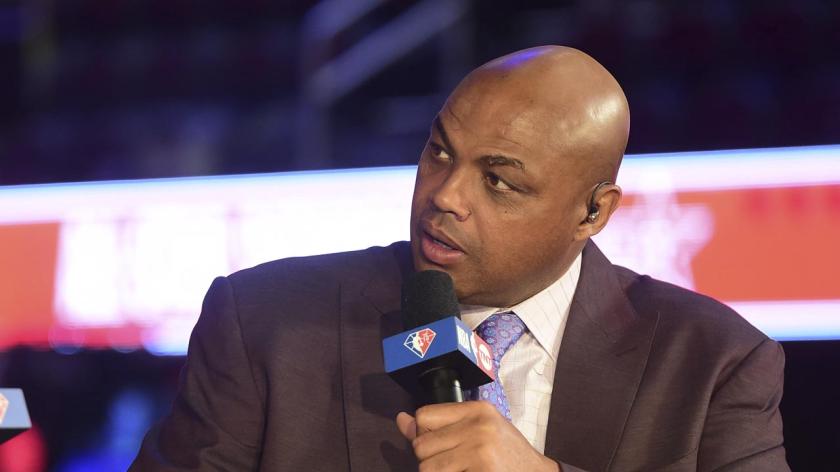 On Wednesday, after being constantly taunted by Golden State Warriors fans before Game 1 of the Western Conference Finals, Charles Barkley had enough. According to a video sourced from TikTok, Barkley told heckling fans, "if you don't leave me alone, I will come to your house and f*** your mama."

The incident occurred during pre-game before the start of Game 1 of the Western Conference Finals between the Golden State Warriors and the Dallas Mavericks. Barkley was covering the game with his fellow NBA on TNT crew members.

Barkley, a 16-year NBA veteran and member of the professional Hall of Fame, has been more open lately about his frustration with TNT's stance on language and culture. Last year, he was quoted saying: "You can't even have fun nowadays without these jackasses trying to get you canceled and things like that," said Barkley. "Just having fun, talking about sports. I'm trying to hang on for another couple of years until I'm 60; they can kiss my ass. I'm only working until 60. I've already told them that."

After finishing his 16-year NBA career, Barkley signed on with TNT to be on their premier studio analyst team. Barkley has been working that same job with his fellow NBA on TNT crewmembers (Shaquille O'Neal, Kenny Smith, & Ernie Johnson) for over twenty years and has had no real criticisms of the company until just recently. Not long after the incident, the hall of famer had more choice words that further ignited the anger of Warrior's fans, saying, "I hate San Francisco. I don't like it… I've never had fun there." The Golden State Warriors stadium, The Chase Center, is located in downtown San Francisco, California.

Nonetheless, Barkley and the rest of his NBA on TNT companions will continue their coverage of the NBA's Western Conference Finals this week. As of today, no one at TNT has commented on the incident, and it is unclear whether Barkley will suffer any consequences.