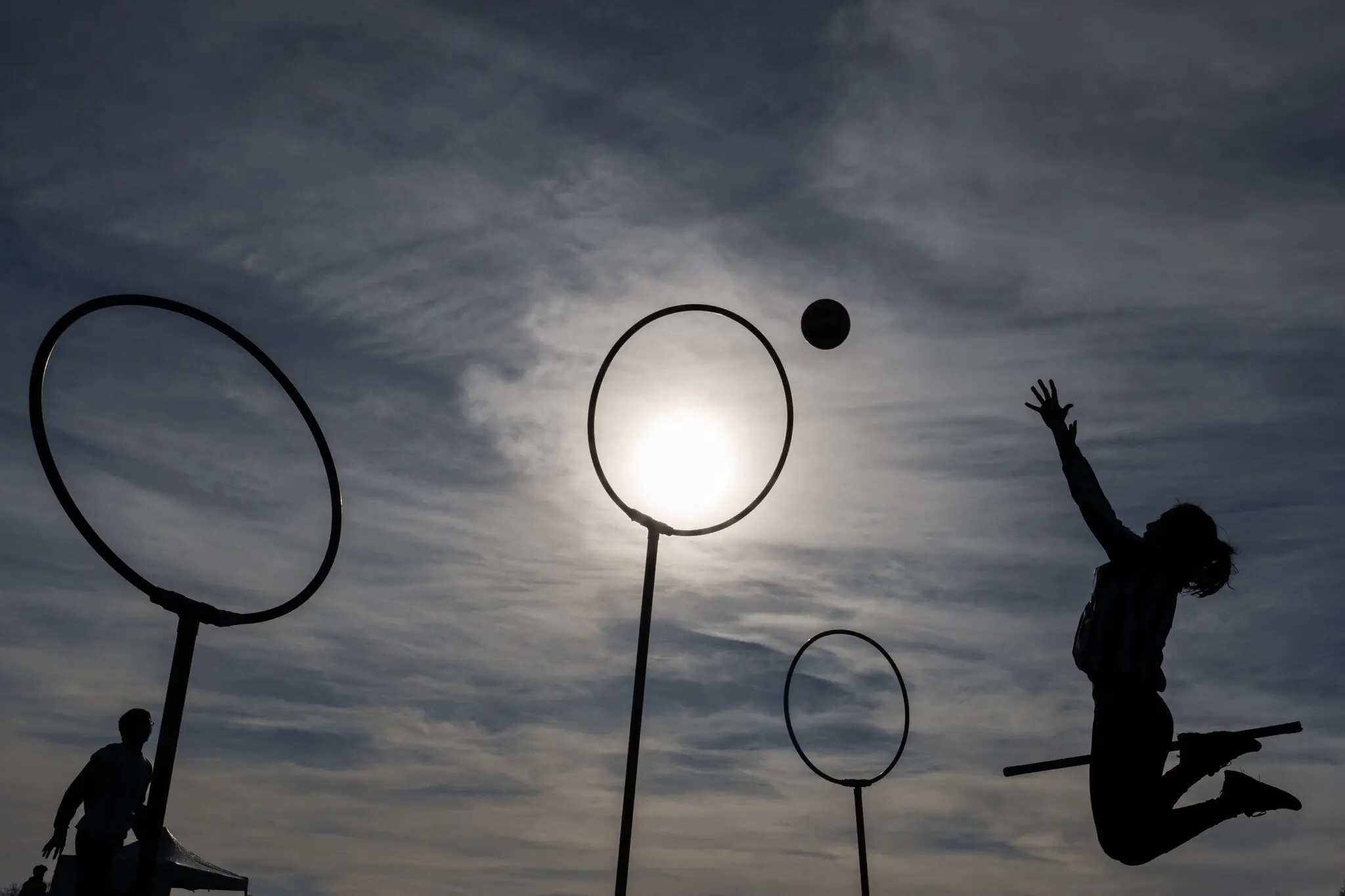 Following the constant radical opinions of the author, J.K Rowling, the former sport famed for inspiration taken from her Harry Potter series, Quidditch, which became a fan-made sport called Quadball, roughly in 2005.

Fans of the books at a school in Vermont adapted the sport themselves, minus the magic of flying brooms and sentient golden winged balls the size of a large marble.

By mid-2007, the sport had spread through to become popular with other schools in America and even in Canada, with a world cup of sorts, just like the book prompting an association to be made for the sport in 2010, called, The International Quidditch Association (IQA) which moved it’s headquarters to New York, following rising popularity.

Though it has yet to gain further popularity outside of the USA, there are small teams at schools, clubs or community groups in continents such as France and Finland.

Since it’s renaming from its original namesake, Quidditch, to Quadball, it should, theoretically, be more accessible without the fee that would go to the author for usage as part of her work.

To play the sport, since it is co-ed, teams of three of one gender and another of the opposite must be on the playing field, following the 4-3 rule, which is precisely that.

Like many other team sports, coloured shirts with numbers are worn with sticks placed between the legs and held to simulate the original sports’ idea of a magical broom.

The game is usually played in an oval, half the size of a football field, which is another thing that makes it accessible.

To win, players must catch the Snitch, a tennis ball tied in a sock instead of flying, or score goals with a Quaffle, which a slightly deflated volleyball represents, with distinct pock marks like the original sketches and the appearance in the movies.

Goal scoring with the Quaffle is worth ten, needing to be thrown into three of the distinctly recognisable hoops about halfway across the pitch. The central goal is the highest, with the two others on either side at a slightly lower height, equal to each other, and must be done with one hand only. The most crucial ball in the game is the Snitch; scoring a goal with it is worth thirty points.

The other hand is used to hold the player’s broom, which, if dropped, must be gone back for and ‘re-mounted’ to resume the game for that player.

Bludgers are played by Dodgeballs, thrown by a team that is part of the referees, as well as the ‘Snitch Runner’ who has the Snitch’s sock part tucked into a waistband and tried to avoid getting it taken by the two teams.

The name change of the sport was even permitted to be trademarked by the IQA, by Warner Brothers themselves, the film production company with rights to the movies themselves.

According to an Interview in the New York Times with the Head of the IQA, the name change and support from Warner Brothers were even more welcomed following the backlash two years ago, when the authors’ views became problematic.

‘After her comments about transgender issues on Twitter drew widespread attention, Ms Rowling published an essay in 2020 that raised concerns about “pushing to erode the legal definition of sex and replace it with gender” and the rise in gender transition among young people.

Many advocates for transgender rights have called Ms Rowling’s comments transphobic, and some fans have struggled to reconcile their love of “Harry Potter” with their objections to her views. Ms Rowling’s representatives at The Blair Partnership said there would be no comment on the decision but noted that the various Quidditch leagues had never been endorsed or licensed by her.’

This subsequent fallout of the authors’ political views and hate speech interfered with the recruitment of new players originally. Still, according to Mr McGovern, the head of IQA, the game has stabilised from that now, as two years later, it is played by thousands of players in over forty countries.

The game has stabilised and found acceptance with the fans of the books, except for the hate speech and transphobia by the author. In reality, no transgender person is a threat to anyone or anything like the social construct of traditional gender roles, as people like Ms Rowling have suggested in her advocacy of hatred.

Transphobia, which means hatred towards a person, young or older, socially transitioning, by calling themselves a different name and using other pronouns, wearing clothes that match how they wish to identify (Or not) and maybe taking on prescription medication to give themselves an appearance of either no gender or more masculine or feminine recognised features. Some don’t take medication or have surgery but still deserve respect and understanding like everyone else in the MOGAI community. (Marginalised Orientations, Genders and Intersex people)

Part of the reason for this discrimination seems to be because of fear or misinformation or the lack of information to help understand what being part of the Transgender community means for someone, as it can mean something different for everyone who is trans.

Even outing someone, which means to tell someone else or a group of people another person’s sexuality or Gender Identity against their wishes, can be a form of Hate speech and harassment, which is undoubtedly something found in sport that needs to be stamped out.

Hate speech and harassment sometimes lead to depression, isolation, and anxiety for the person and they may feel like the only way to escape the hate they are targeted with is suicide.

I believe that since the sport is no longer to be legally associated with the hate speech and transphobia of JK Rowling, it is free for anyone willing to try the sport and find something they enjoy in playing it, whether that is the teamwork and camaraderie, meeting new people at a club which has a space to play matches of the sport or to exercise without feeling too self-conscious or de-motivated about their health with others.

The sport is almost like tag rugby or a mixture of dodgeball and rugby. It is pretty unique and sounds fun; I always enjoyed playing wheelchair rugby for the same feeling of teamwork and the social side, joking around and feeling comfortable with teammates.

Hopefully, Quadball will become famous for these sentiments so that perhaps we can see it more often in England.

The Prince of Wales title... Traditional or Insulting for the people of Wales?