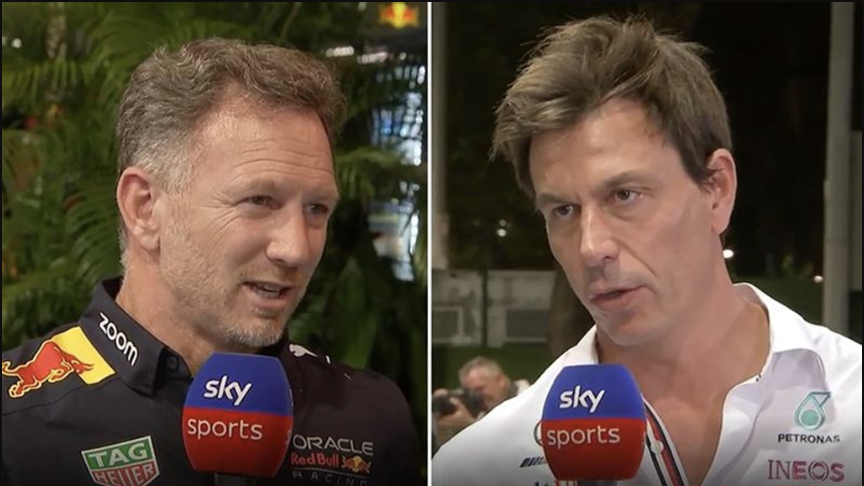 Formula 1 introduced the cost cap in 2020 to limit teams on how much they invest in their cars over a calendar year. The original proposal for the spending cap was to be $175 million. However, when the Covid-19 pandemic struck in 2020, the F1 season was delayed and shortened, and as some teams struggled financially, the spending cap was reduced to $145 million.

While teams like Mercedes, Red Bull and Ferrari have enormous budgets, many other teams have to make do with a lot less. This correlates to the on-track performance spectators see, as the superior technology wealthier teams can afford makes it extremely difficult for smaller teams to battle for points, let alone race wins. Therefore, enforcing a budget on how much teams spend allows smaller teams to become more competitive.

This season, however, Mercedes CEO and Team Principal Toto Wolff revealed that it was a “an open secret in the F1 paddock” that Red Bull Racing has breached the spending cost of $145 million for the 2021 season. Red Bull has been accused of spending an accuracy of $7.25 million (£5.6 million), over five per cent of the minor budget breach.

In response, Red Bull Team Principal Christian Horner described Toto’s unproven allegations as “hugely defamatory, fictitious claims.” Furthermore, the Federation Internationale de L’Automobile (FIA) announced that they would be delaying its release of certificates of compliance for all teams, the documents that would show whether Red Bull had breached the cap or not, until the 10th of October.

This means that any confirmation will not be disclosed until after the Japanese Grand Prix weekend, where Red Bull’s Max Verstappen could secure his second world driver championship.

If Red Bull has indeed breached the cap by more than five per cent, what will be the consequences?

The FIA have some options available to penalise a team at varying degrees of seriousness. They range from a verbal reprimand that does not mount to a penalty, to financial penalties towards the driver or team, deducting drivers or constructors' points, and even to severe sanctions which exclude a driver or team from the championship.

Sky Sports News are under the impression that only ‘minor’ breaches have been committed, which equates to a team only spending less than five per cent, meaning less severe penalties will be enforced, although there is no confirmation as to which team has breached the cost cap.

Indeed, it is not just Red Bull who are being accused of such breaches, Motorsport.com reports that Aston Martin is also linked to allegations of potential breaches, which came as a “surprise” to the team. Team Principal Mike Krack said, "We don't think that we have done anything majorly wrong.” However, many teams have suggested that Aston Martin has invested a lot in recruitment and offering huge salaries to its workforce, which would imply that the team’s wages are the reason they have exceeded the cost cap.

However, Toto Wolff creating attention and throwing allegations around the paddock is drawing attention towards his character and tactics. Former F1 driver Ralf Schumacher called the Mercedes CEO a “sore loser.” Schumacher believes that Wolff created these allegations as he is still hurt by events at Abu Dhabi last year, in which his star driver Lewis Hamilton lost the driver’s championship to Max Verstappen.

Former Red Bull driver Mark Webber also sees the cost cap drama as a sign of Mercedes’ wounds from Abu Dhabi not fully healed, and believes several other teams “are getting on their horse and having a red-hot crack that there might be something here.” Webber is suggesting that more teams will jump into the drama to diminish Red Bull.

Schumacher additionally stated that “the FIA has to investigate itself because it must not and cannot happen that something slips out”, pointing to the viciousness of Wolff’s rumour-spreading tactics.

As mentioned, casual spectators will not know until the 10th of October when the FIA release the certificate of compliance for all the teams. This, along with the claims that only “minor” breaches were made, only serves to increase the tension on the F1 paddock and amongst viewers. Has Red Bull broken the budget cap? Has Aston Martin done it too? Or is it another team that has not been brought to light? Or are the allegations, in the words of Christian Horner, “fictitious”?