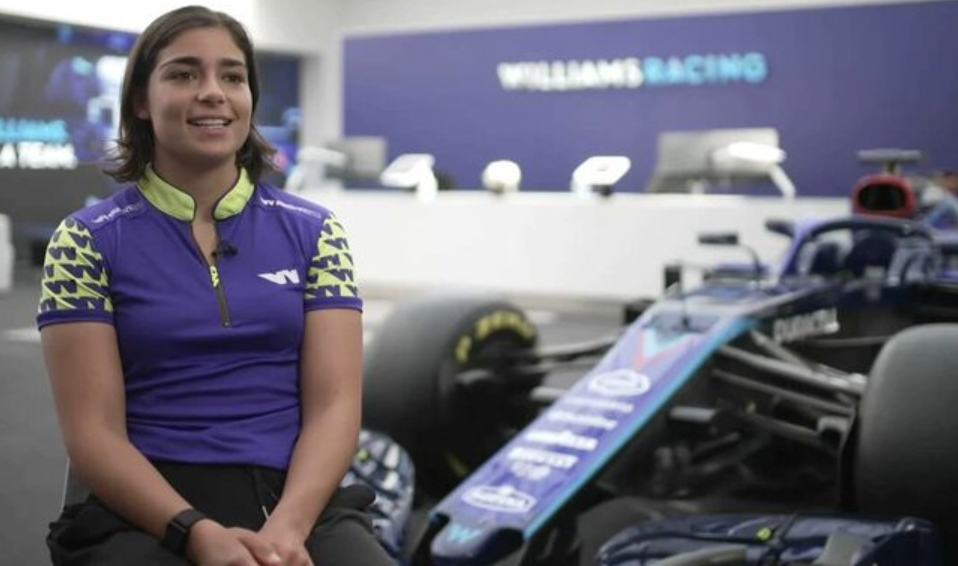 On 27th September, Sky Sports F1 stated that two-time Formula W Series champion Jamie Chadwick could potentially be seen within Formula 1 ‘within five years.’ The 24-year-old has told Sky Sports F1 that this could be her last year in the all-women series (W Series).

F1 has been masculine-induced ever since it was established in 1946. Up until now, the only female driver in F1 history has been Lella Lombardi, who competed in only 17 races between 1974-76. Since then, F1 has not paid much attention to feminist discourse within motorsport. Therefore, Chadwick’s potential entry into F1 will be a watershed event in the F1 story.

Jamie Laura Chadwick is a British racing driver currently under Jenner Racing. She won the first two seasons of F1’s W Series, an all-female racing programme established in 2019, and is on her way to winning thrice in a row as she has come out on top in five out of the six races this season. Furthermore, she is a part of the Williams Driver Academy, which promotes talent in different F1 racing series in the hope that drivers like Chadwick will drive for them in the future.

It is clear that the 24-year-old driver deserves an opportunity to climb the racing ladder, up the Formula 3 and Formula 2 series, to reach the most competitive and physically challenging stage, Formula 1. However, F1 CEO Stefano Domenicali has said that he believes that Chadwick “will not be in serious contention” for the championship if she were to have a spot on the F1 grid.

Chadwick rebutted Stefano’s comments, telling Sky Sports presenter Craig Slater, “from my side, if I am in F1, I want to be within the next five years, so it does go against what he says.” She also stated, "I don't want it to feel like we are still on the outside looking in”, referring to other female drivers eager to prove their talents.

In order for Chadwick to have a successful career in the most glamorous stage of motorsport, she should start in F3 and work her way up. And her opportunity may come to light soon – F3 boss Bruno Michel believes it is a priority to offer a chance for female drivers to race within F3 and even F2.

Moreover, we may see more female drivers race in F3, as its organisers announced that they had invited the W Series drivers Abbi Pulling, Chloe Chambers, and Tereza Babickova chances to take part in F3 testing which took place from 16-17th September. The test was one of two parts of a diversity plan stemming through the entire single-seater division of motorsport to allow better access for female drivers to enter the world of F1.

However, within this ever-growing world of racing, though it is one thing to demonstrate on the track that you have the skill to reach the highest echelons, it is another thing completely to fund the process. Reaching F1 is a very expensive climb, with Mercedes driver Lewis Hamilton describing F1 as a “billionaire boys’ club”.

For example, if Chadwick were to ascend to Formula 2, she would have to pay an extra $1.5 - $2 million. To make matters worse, Chadwick lacks investment from any form of sponsor or team, despite her involvement with Williams Driver Academy, as shown by the fact that she had to fund her attempt into F3 by herself.

It does create scepticism that neither the governing body of motorsport nor any sponsors are offering the best female driver on the market a stream of investment to help fund her career. This can be seen as misogynistic and explains why even the industry’s best drivers have acknowledged that F1 is a “billionaire’s boy’s club” – not just expensive, but sexist and elitist too.

For women to have a future within F1, the Formula W Series needs to receive more support in order to create real momentum and growth for women. As of now, the W Series is unable to provide any pathways for female drivers to move to the regions of F2 and F1.

So will we see women achieve success going into Formula 1? The answer is yes, as Jamie Chadwick has shown tremendous skill and potential within the Formula W Series, and she is on course to achieve her third driver's championship at the Singapore Grand Prix later this year. More importantly, with the expectation that she will rise to F1 within five years, sponsors and teams within F1 will pay more attention to her prowess, skill and dedication. In terms of ability and career potential, therefore, Jamie Chadwick is a strong female racing driver to look out for in the future.