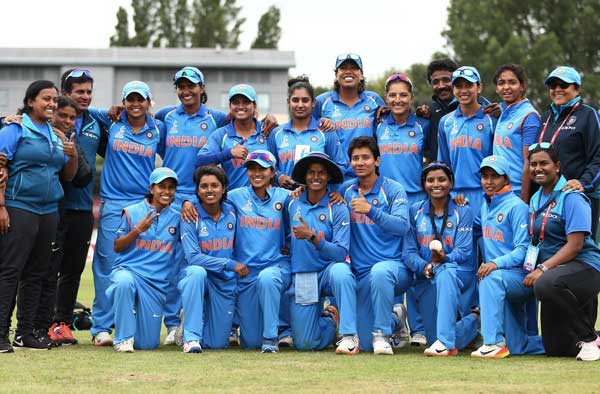 Happiness, transitions, victory and setbacks made the year 2022 for the women cricketers in India. The year started with the end of Mithali Raj’s captaincy and ended with a defeat against Australia in the T20I series. Although the Asia Cup victory and silver medal in Commonwealth Games saved the year, the team has reaffirmed that they can achieve excellence.

Among all these ups and downs, women cricketers in India won a fight that women in many sectors are still fighting for: ' payment equity’ against men cricketers. The Board of Control for Cricket in India (BCCI) secretary Jay Shah announced in October 2022 that India’s men's and women's cricket teams will be paid the same appearance fees to represent their country.

BCCI secretary presented this idea and called it a move into a new era of gender equality in Indian Cricket, but he did not comment on whether there would be changes in the contract system for women as well. Under the current annual contracts, women cricketers in the highest bracket earn half as much as the lowest-graded male cricketers in India.

Although women’s cricket has come a long way through its hard work and struggles to achieve the same recognition as men’s cricket, there is still a long way to go. Women’s cricket in India officially started in 1973 but the origin of the game for females dates back to the same time period as for males.

The first recorded match was played in 1745 in Surrey, England between “Bramley and Hambledon teams”. After this village matches became common and between 1890 and 1918 over 140 women’s clubs were formed. In 1926 the Women’s Cricket Association was formed to provide facilities for and bring together those women and girls who previously have had little opportunity of playing cricket after leaving school.

From the start of the game till now there have been several changes in the rules and regulations of it, which brings us to the rumours that Christina Willes, whose brother John was the first cricketer to bowl a round-arm, delivered at Lord’s in 1822, invented this method because the ball was getting entangled in her skirt when she bowled underarm.

In 1890 when male cricketers were playing it officially at international levels, a touring band of 22 women players called the “Original English Lady Cricketers”, were playing a series of exhibition matches at English county grounds and were unusually being paid to play. This shows how women’s cricket was only taken as a medium of entertainment for some groups of people while the game still being considered “unladylike”.

However, things have changed and the year 2022 proved to be a big fan turnout for the game as well. During India vs Australia series, a record crowd of 25,000 and 47,000 people showed up in the stadium for the first two matches. The tickets were for the starting matches but for the fourth match the iconic ground was full to its near capacity and the males were charged ₹200 for entry.

Furthermore, if we look at the bigger picture, these events matter a lot. The team’s amazing performance and run to the final in the 2017 World Cup made women’s cricket mainstream in India, while the recent T20I series against Australia demonstrated the extent of its popularity. The Women’s Indian Premiere League is also scheduled to be launched in 2023, which will bring the game to another level of popularity and competition.

There is still a lot to be achieved and a lot to be answered but sometimes these small changes are all that’s needed to bring about the revolution. There are still people who think that cricket is a men’s game and the questions like “why do women have to play”, or “what is there to watch” still keep surfacing when someone tries to talk about it. This mindset can be changed and the mouths would be shut over time when the women in Blue will write history through their skills not just at domestic but on international levels. By the looks of it, we can say that the day is not very far away.