KFC against Kylian Mbappè: the French Star Refused to Be in the Last Photoshoot 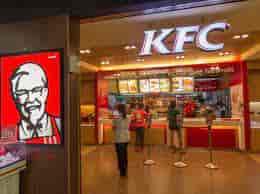 The first break of the season, in the football championships, has started. Now players of the international clubs will join their national teams to play for the Nations League, a competition born two years ago and won by France in the last edition. The world champions of Russia 2018 were in the last position of their group, under Austria, Croatia and Denmark. The risk was to retreat to League B, with only two games to play. France achieved to win against Austria, on Thursday, so the team is now in the third position, with the last match in Denmark.

But the biggest problems for France do not come from Nations League, a competition much less important than the World Cup in November 2022. Indeed, the French football federation is having trouble with the star Mbappè. The PSG striker refused to participate in the last photoshoot with the sponsors of the national team. This is not the first time for Mbappè, who had already created some problems with companies like Coca-Cola, Belin and BetClic. These behaviours could be motivated by "Inspired by KM", a foundation built by Mbappè to help young people to follow the right lifestyle and feed their growth.

This situation has created some quarrels between the French federation and KFC, one of the big sponsors. The vice-president of KFC France, Alain Bèral, said that this is a problem that needs to be solved by the national team because the contract signed by KFC includes the possibility to use the image of every player. Other french footballers, like Griezmann and Pogba, had some discussions with the Federation, to choose the sponsors personally. For these reasons, the FFF (Fédération française de football) published an official statement announcing that there will be a review of the convention relating to image rights, that binds it to its players in the selection.

Recently KFC France has communicated, with another statement, the regret for the words said by Alain Bèral, trusting the French federation and the players to find a solution to the recent problems. An attempt to cool this strange situation, also because of the coming World Cup in Qatar, a big opportunity also for the Champions' sponsors. In the meantime, Mbappè celebrated his last goal against Austria, mimicking the gesture of the photographer. Another episode of this strange situation.