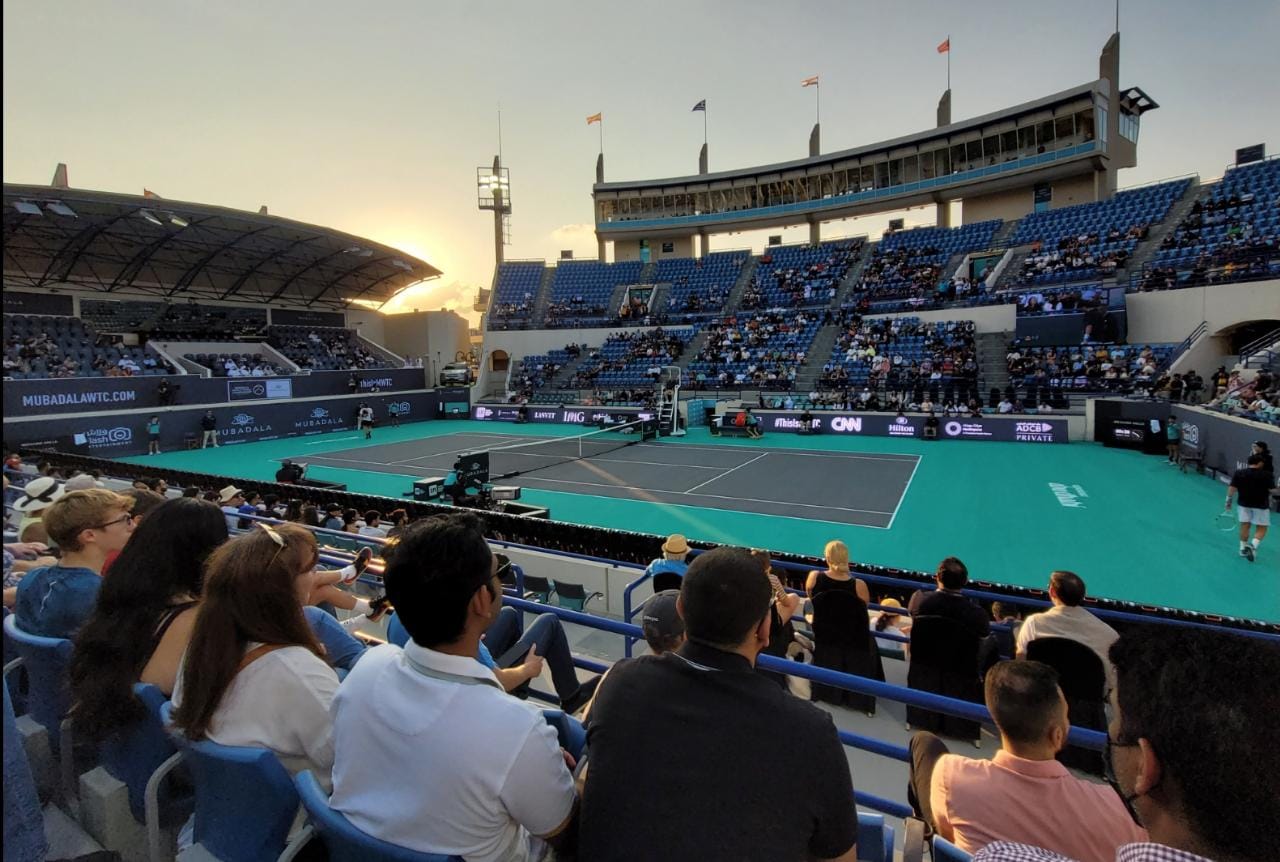 A sense of excitement and wonder overwhelmed me last week as I sat and watched international tennis players live at the Mubadala World Tennis Championship in Abu Dhabi on Dec 16.

The 14th edition of the MWTC was a three-day festival where a large no of sports enthusiasts engaged in witnessing top-tier tennis and other entertainment opportunities off the court.

It was like a dream come true as I entered the stadium to watch international tennis players at the International Tennis Center in Sheikh Zayed Sports City. The electrifying atmosphere of the arena, with crowds rousing to the beat of the music, all felt surreal.

The drought in watching the tennis’ big three play live began 13 years ago when I watched the Wimbledon 2009 final between Roger Federer and Andy Roddick.

I started following up on tennis after seeing the masterclass by the Swiss maestro as he claimed his 15th Grand Slam at that time. Since then, sitting and watching Federer, Nadal, and Djokovic play on the courts has been a fantasy for me.

The crowd here in Abu Dhabi was not as big a number as it would have been in a Grand Slam. The tournament was being played sans tennis’ big 3, and as a fan of the sport, knowing that one of them had already retired was disappointing.

The exhibitory event started with the quarter-final match between Britain's no. 1 Cameron Norrie and Greek World no.4 Stefanos Tsitsipas.

Before Dec 16, both the players faced each other on tour twice in Acapulco, Mexico, and Lyon, France, and won one match each in the individual events.

As the match began, I realized that hearing people cheer for the players on the television screen compared to the first glimpse of the court and the players warming up felt imaginary. Though the stadium was small and not at its total capacity, the noise was deafening.

The Greek, who was appearing for the second time, dominated the game and started his run at the Mubadala World Tennis Championship successfully as he thrashed Cameron Norrie 6-1, 6-4.

The Greek God was also unstoppable in the final, where he snatched victory by 6-2, 4-6, 6-2 from the defending Champion Russia’s Andrey Rublev, another dominating performance.

Minister of Tolerance and Coexistence, Sheikh Nahyan bin Mubarak Al Nahyan presented Tsitsipas with the MWTC trophy where other officials were present during the ceremony.

On the other hand, in the women’s category, it was only a one-match encounter between the 2021 US Open champion Emma Radducannu and the Tunisian World no. 2 Ons Jabeur.

Jabeur successfully retained her title on the opening day of the 14th edition by defeating the MWTC debutant by 5-7, 6-3, and 10-8. It was a year ago that the 28-year-old became the first Arab to play and win the event in Abu Dhabi.

Experiencing the event from the stands was a once-in-a-lifetime experience for me. Feeling the exhilaration and the adrenaline as the fans gasped during the intense moments of the matches was an unforgettable adventure for me.

Also, one important thing I would like to mention here for the fans of the game that thing that enhances the viewing experience is to get a suitable view of the game.

As I left the arena, I came across the wall of fame that had pictures of the winners of the previous editions. It somehow lightened up hope in me once again to watch any one of the tennis’ Big 3 play on the courts worldwide.

Slam’s Thunder, From The Land Down Under